'One Baltimore' mural aims to unite amid Trump tweets 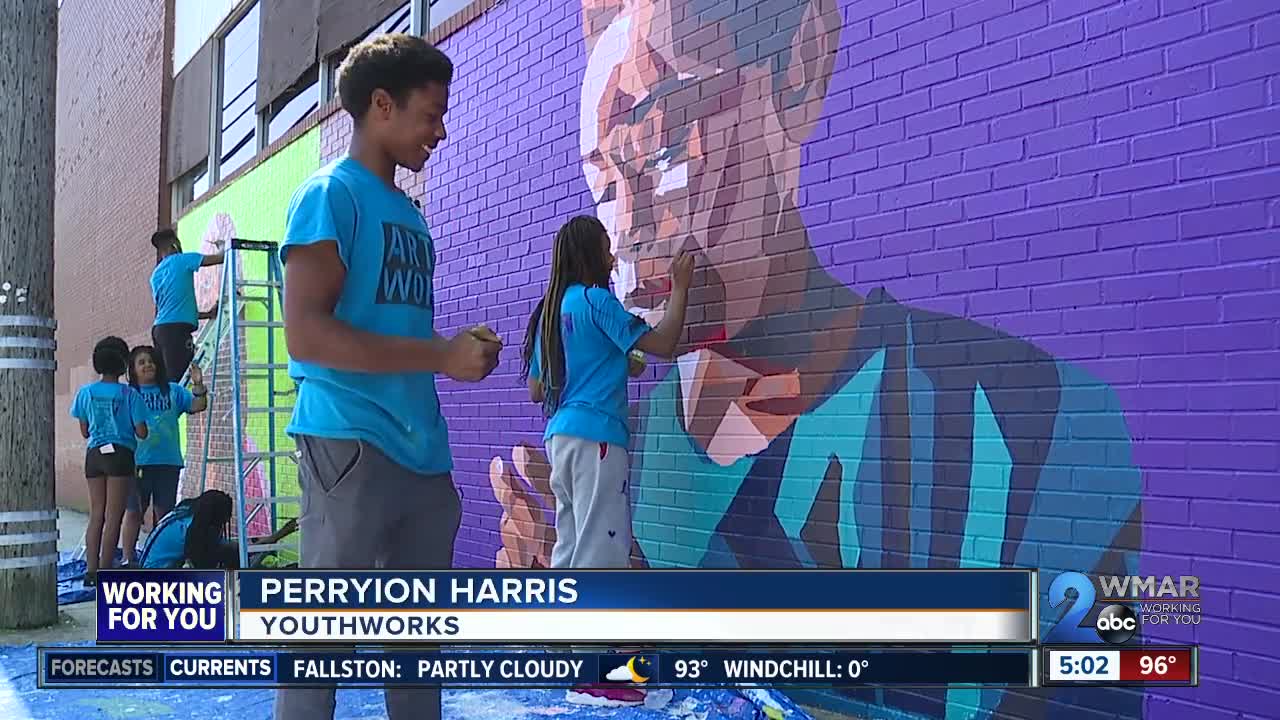 One of the many youthworks projects across Charm City aims to inspire and unite the community. 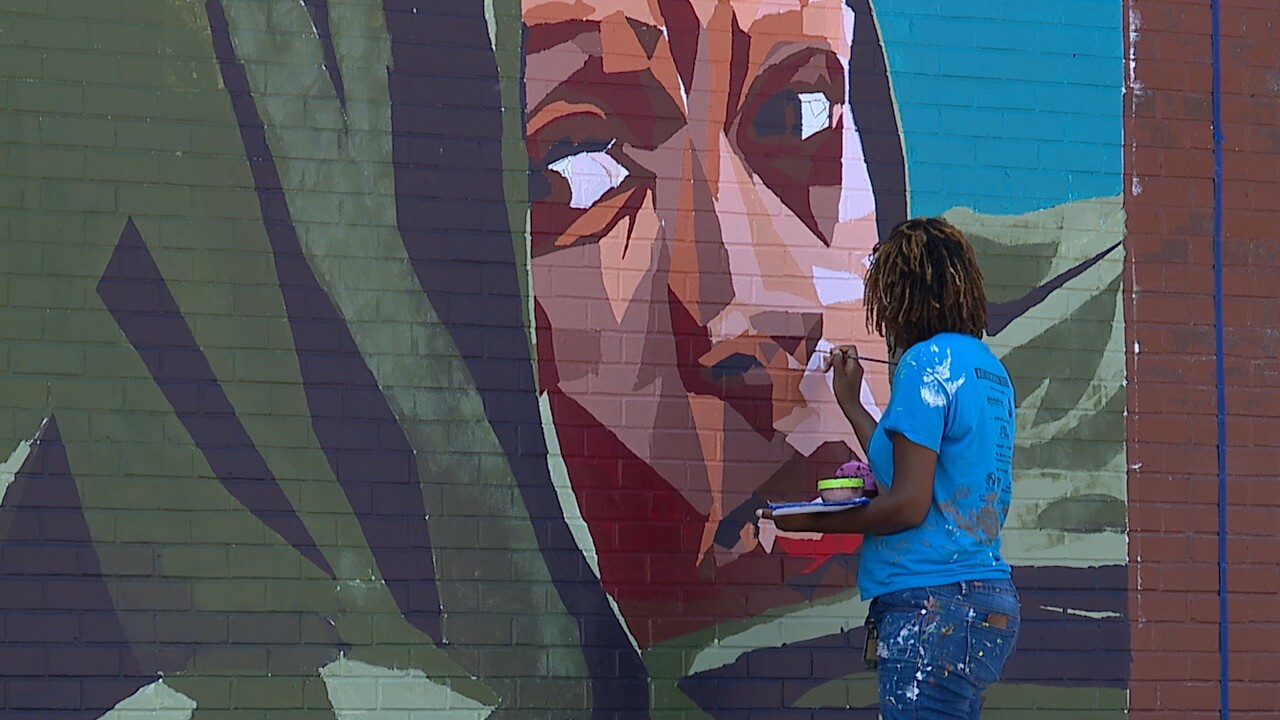 BALTIMORE — "Everyone one of these pieces are like people. They're a puzzle that fits into the overall community," said artist S. Rasheem.

Like pieces of a puzzle coming together, so too are the people of Baltimore after a series of recent tweets attacking Charm City by the President.

Saturday into Tuesday, President Donald Trump continued to tweet and make comments about Baltimore and 7th District Rep. Elijah Cummings. He called it rat-infested, the most dangerous district in the country and equated it to Hell.

She's referring to the 'One Baltimore, Many Faces' mural she and YouthWorks students are painting in North Baltimore. Each portrait represents values that the students discovered while talking with Govans community members: hope, potential, determination and youth.

"This is today, yeah, Baltimore had some challenges. We are grappling with a lot as a city, but there are still people doing good work. There are still youth trying hard," said Rasheem.

The students hired by the Baltimore Office of Promotion and the Arts.

Harris admittedly does not have a passion for painting and needed some help before getting to work painting, but said he's happy he gave it a shot.

"I did YouthWorks to make money and stay active and not be out here on the streets," said Harris.

The Mayor's Office of Employment Development said YouthWorks employs more than 8,400 youth this summer, making it one of the largest summer jobs programs in the country.

"I joined YouthWorks when I was 20 and I had so many opportunities to join it when I was younger but I never did and I feel like I should have," said YouthWorks employee Catania Nolan.

Nolan was hired through YouthWorks for the creative job training program with Baltimore Youth Arts. Today, they went through mock interviews with volunteer business people from Baltimore.

"I feel like school doesn't really prepare you for a job, it only prepares you for college," said Nolan. "Being able to know what to expect from a job, how to prepare for an interview, is great for not only a short term period, but a long term period."

But not every interested student gets that experience. This summer, there were around 2,600 applicants who did not get job offers. The office said more funding would help.

"The fact that so many people apply for YouthWorks is very important so if they are willing to work, then they should have a place to work, because now the question is where are those people for the rest of the summer?," said Warren Wiggins with Baltimore Youth Arts.

Along with YouthWorks students, Baltimore Youth Arts hires youth involved in the justice system, and Wiggins said he knows the impact having economic opportunities has for kids in Baltimore, a path away from the streets.

"We encounter young people on a regular basis who've been involved with the justice system, who actually say to us, 'I come here every day because I'm trying to do the right thing. I'm trying to stay out of the streets'," said Wiggins.

People in crime-ridden areas and council members alike agree that one way to help rebuild Baltimore is by having more opportunities for the city's youth.

While there are already a lot of people doing this kind of work, Rasheem hopes the national spotlight from Trump's tweets will bring in more investment so they can help more kids.

There are a total of four murals that the Art at Work program are finishing up by the end of this week.

They are located at: