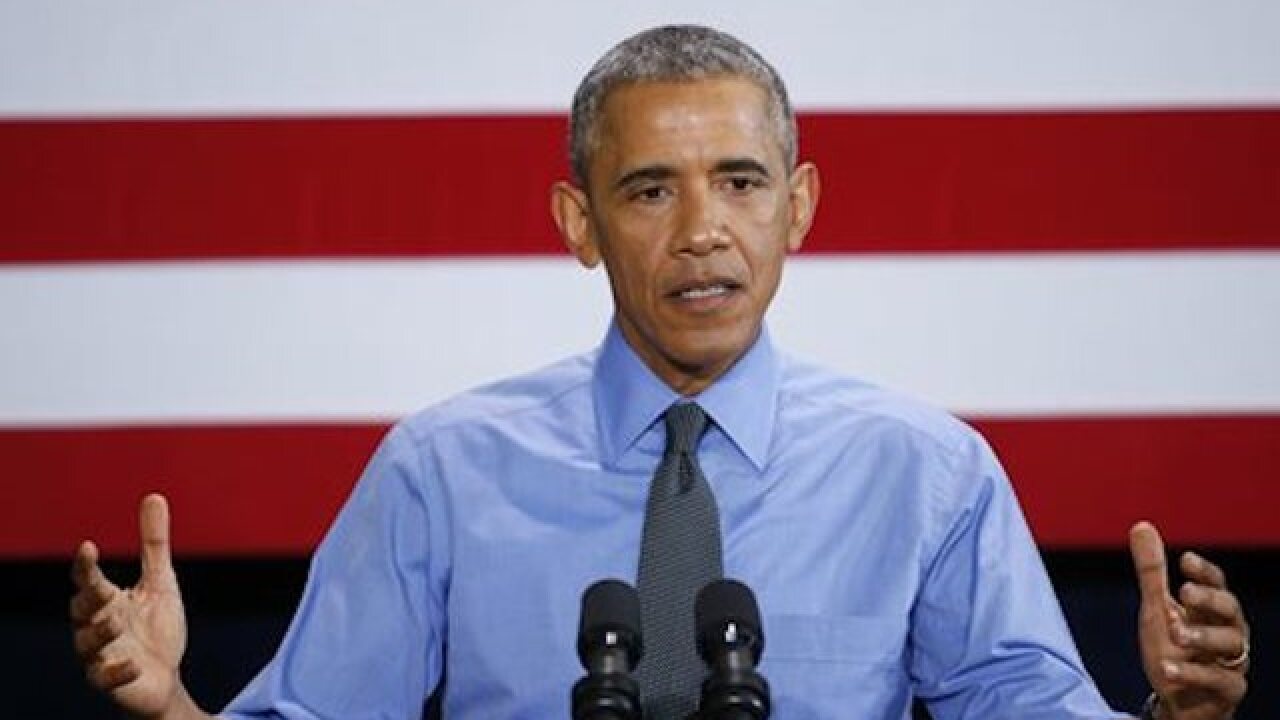 It was the height of rush hour, and as soon as the President's chopper landed in South Baltimore, downtown was at a standstill. Traffic backed-up on Light Street, while other streets were completely empty of any autos.  Many folks were clueless about the sudden gridlock.

"Streams of honks, streams of silence, I have no idea what's going on," Chris Holter said.

"We tried to get onto 395 to come here and it was closed," Julie Holtman said.

"I did not know what was happening," Julia Dooher said.

The President's motorcade arrived at the Hyatt Regency just before 6:30 p.m. But it still took a little bit before drivers could start moving again.  Many frustrated with the unannounced street closure.

"My baby is in the back too, he's being pretty good, but yeah, we've been here a good half an hour," Dooher said.

Once the President was inside the hotel, downtown was back to normal.  Obama is in town for a three-day House Democratic Issues Caucus, basically an issues retreat, and Thursday the President stopped by for a little more than two hours to speak with everyone and answer questions.

Obama spoke about his vision for the final year of his presidency.  He told House Democrats the county is doing a lot better than when he took office, and says dems will win in November.

"We're not gonna build progress with a bunch of phony tough talk and bluster and over the top claims, that just play into ISIL's hands.  We're not gonna strengthen our leadership around the world by allowing politicians to insult Muslims or pit groups of American’s against each other, that's not who we are, that's not keeping America safe."