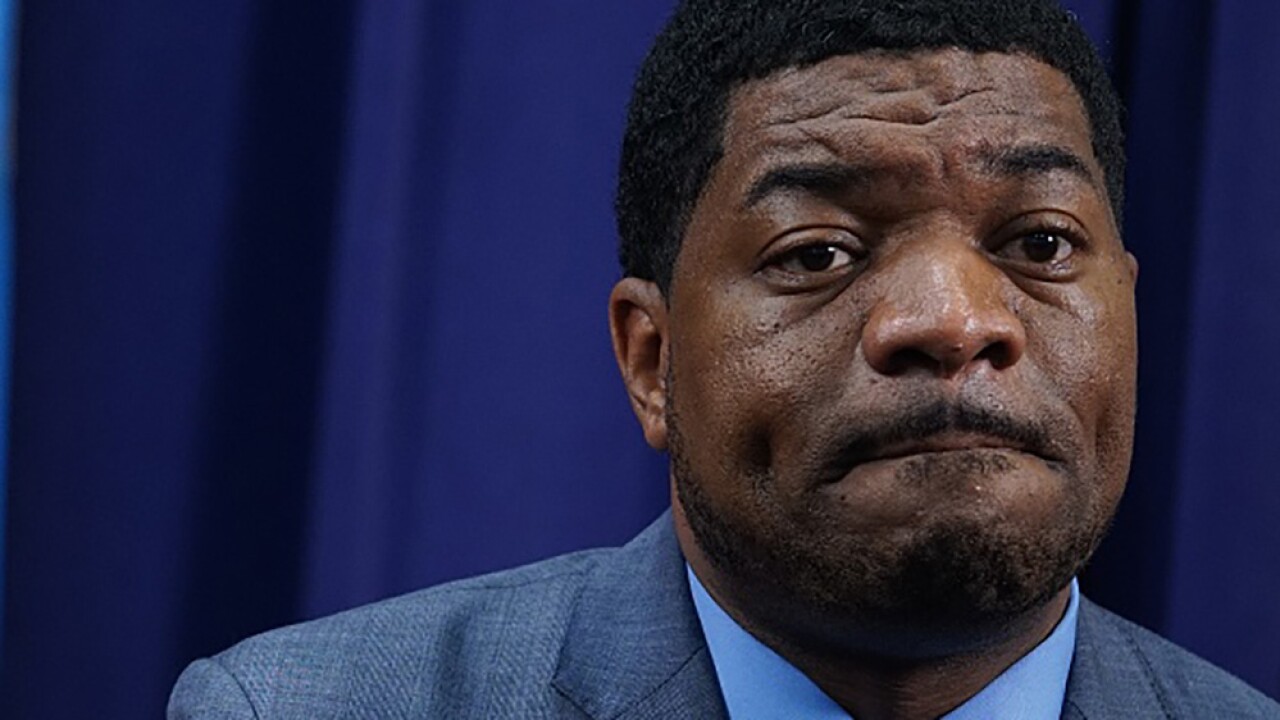 AFP Contributor/AFP/Getty Images
Baltimore Police Department chief spokesman T.J. Smith speaks during an interview with AFP at Police headquarters in Baltimore on August 8, 2017. Baltimore, a city of 2.8 million, is troubled by drug use, poverty and racial segregation problems. In 2016 violent crime in Baltimore was up 22 percent and murders up 78 percent, according to Attorney General Jeff Sessions. / AFP PHOTO / MANDEL NGAN (Photo credit should read MANDEL NGAN/AFP/Getty Images)

Former mayor Sheila Dixon and City Council President Brandon Scott, are in second and third place according to the poll conducted by Mason-Dixon Polling & Strategy.

The poll found Smith with 22% of support from likely Democratic primary voters. Dixon showed 18% with Scott at 15%.

The other 17 candidates are splitting 2% of the total vote and 15% are still undecided.

The poll concluded that Smith has only 71% name recognition, far lower than the other leading candidates, but 42% overall have a favorable opinion of him and only 8% have an unfavorable view.

Dixon was found to have 99% name recognition and is significantly less popular. Only 31% of voters say they have a favorable of her.

The poll was taken March 16 through March 18.

Read the full polling below.