New SNAP rule to have devastating impact on Baltimore City 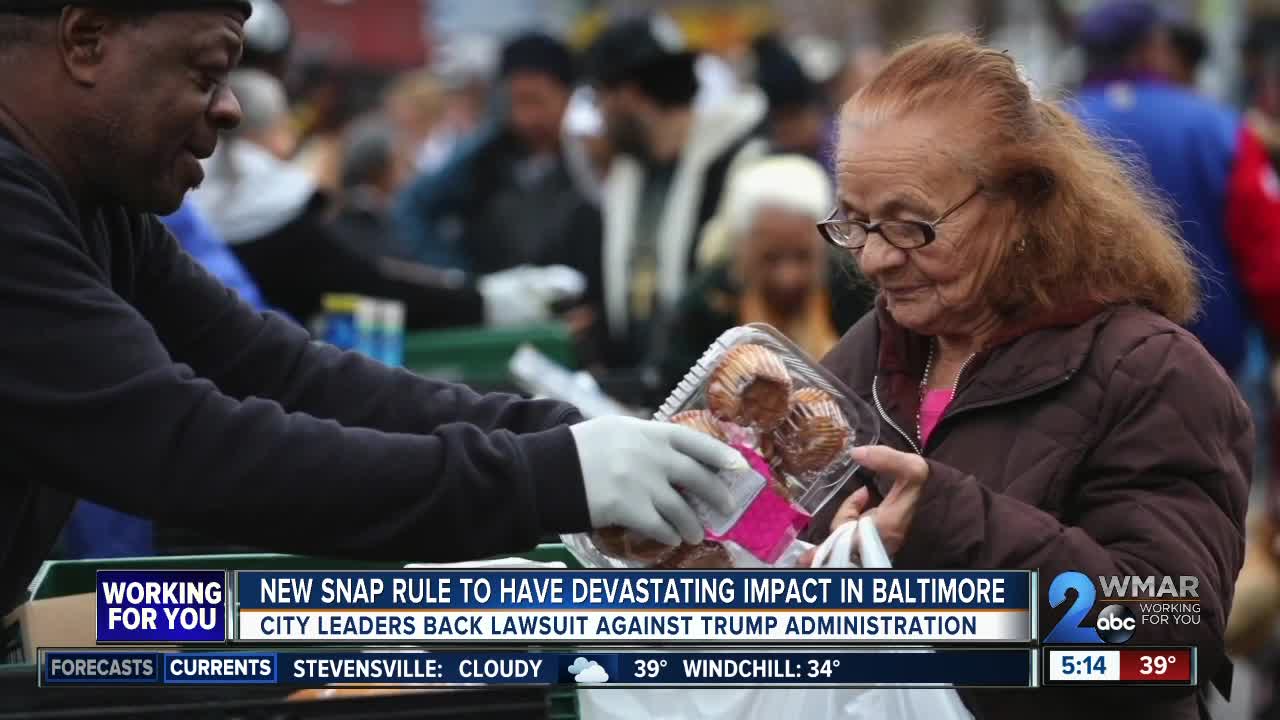 Maryland is suing the Trump administration over a new rule making it more difficult for some to stay on Food Assistance Programs.

BALTIMORE — Maryland is suing the Trump administration over a new rule making it more difficult for some to stay on Food Assistance Programs.

"We estimate that the upcoming ruling will remove an additional 11,000 to 15,000 adults from SNAP in Baltimore City alone," Mayor Jack Young said. "This loss in benefits will result in $24 to $33 million dollars of SNAP disappearing from the local economy each year."

The new rule tightens requirements that allowed states to extend benefits beyond three months. After that time, adults without a job or who are not in training for at least 20 hours a week have to wait three years to be eligible again.

City leaders say the people most impacted are homeless, don't have access to good paying jobs, lack of education or skills to get that job or may be taking care of their parents or young family members.

The government argues unemployment is low and this will save almost $13 billion over the next decade.