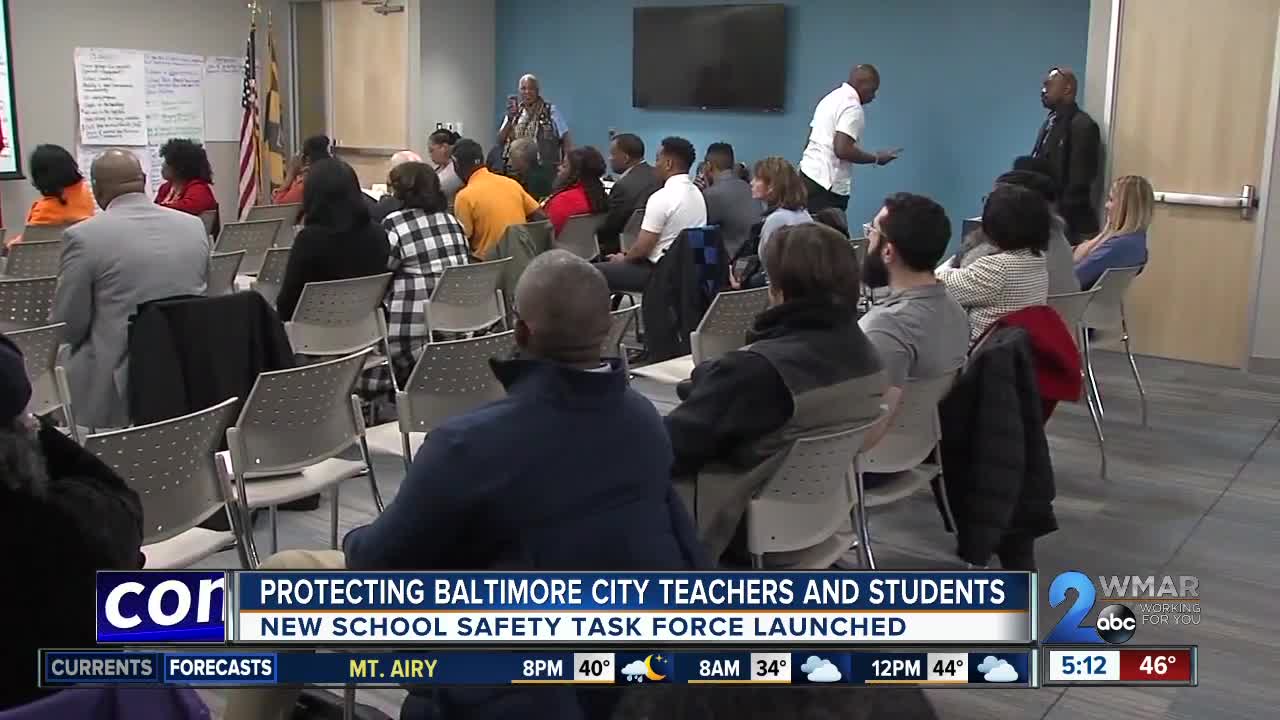 The group was created after three attacks on teachers in the city by students in the last month had educators concerned. The meeting was held to find solutions to these assaults in Baltimore City.

"What caused this to happen and why is this continuing to happen again and again in our schools?" said Marietta English, Teacher’s Union President.

English says several issues were brought up, including what actions should be taken if a student assaults a staff member and how to eliminate this violent behavior in the classroom.

The group will offer suggestions to the school board and legislators.

"We hope to take this all the way to the state to make this an example for all of the district in the state of Maryland," said English.

Mark Missouri and Leaynol Tiede are seniors at Dunbar high school. They say this anger and frustration from some students starts off in their home life before they even get to the classroom.

"And that’s why I think that we should build a connection with these students so that we can know the problems that are coming in so we can try to stop them before it excavates to this point," said Tiede.

These students say the pressure of living in the city, be it the violence of the streets or problems in the home, make it hard to turn off when they come to school.

"People do things out of fear to protect themselves from the outside, sometime it may cary to the inside but, everything starts kind of outside of school dealing with fear of being harm or any other type of incidences," said Missouri.

"Once we come to school it’s not as if as humane beings we can just leave everything at the door when we come into school. When we come to school we are still effected by it.Some times physical but also mental and emotional and I think a lot of the recent events that have happened, that probable on of the main causes," said Tiede.

They will have another meeting in January and come up with a list of recommendations for Baltimore City School leaders.