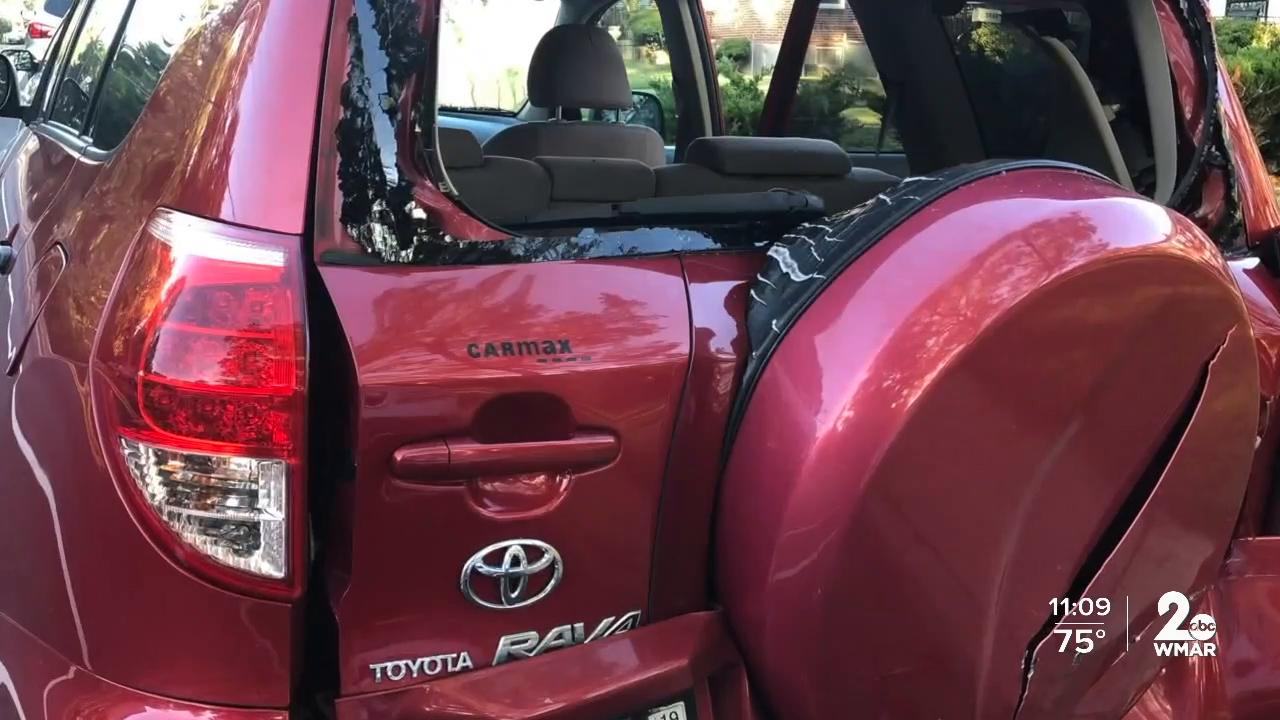 There’s an unfortunate trend on the 5500 block of Frederick Avenue.

BALTIMORE — There’s an unfortunate trend on the 5500 block of Frederick Avenue.

“A car was speeding at high speeds smashed into her car which than smashed into mine we both got pushed up on the curb both cars were totaled,” said Monica Heinlein.

A driver slammed into her parked car while she was mowing the law.

“He pushed my car and he actually totaled it,” Bennett said. “If the telephone pole wasn’t there he probably would have ran me over and my daughter was in the yard playing.”

At least 4 parked cars hit in the last year just in the 5500 block of Frederick Ave.

Heinlein is sick of the speed so shes doing something about it.

“In September of 2019 I submitted a 3-1-1 request for a traffic study to be done by the city,” Heinlein said. “I followed up with my city councilman’s office and asked how long it would take. DOT told them it would take his staff up to six months to complete.”

A spokesperson for Baltimore City Department of Transportation said they are compiling results from a study.

They also pointed out changes to traffic control, on street parking, or the addition of a speed camera would require a community meeting with a 30 day public comment period.

But they say the pandemic has impacted operations and delayed traffic studies.

Heinlein said another problem is the space in the middle and sides of the road where people try to get around cars.

“They have this space now so I think drivers think they can just use that to pass each other. It’s just a crisis situation. People walk with their children on this sidewalk they ride bikes and I fear somebody is going to be killed.”