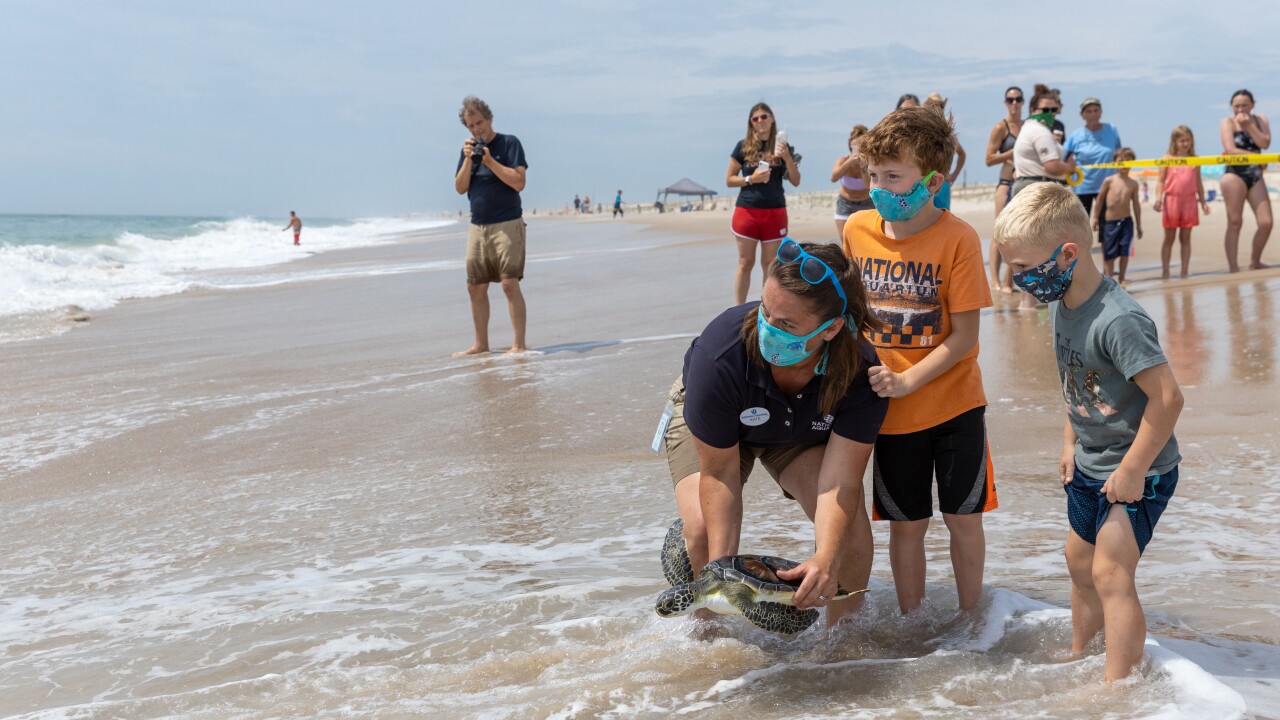 BALTIMORE — The National Aquarium on Thursday released a group of 10 sea turtles at Assateague State Park.

It marked the Aquarium’s 300threhabilitated animal release since their Animal Rescue program was founded in 1991.

Out of those animals, 242 have been sea turtles 178 of which are the endangered Kemp’s Ridley sea turtle.

The 300th animal release was among them. His name is Muenster and he weighs more than 14 pounds. He was given his name in line with the season’s cheese-naming theme. Asiago, Brie, and Mascarpone, were the other Kemp Ridley sea turtles released. They were transferred to Baltimore from the New England Aquarium in 2019 after being found stranded on the Massachusetts coast.

Six green sea turtles, nicknamed Chechil, Cotija, Fontina, Pimento, Monterey Jack and Roquefort, who were discovered stranded along the coast of North Carolina and transferred to Baltimore were also released.

The turtles were treated for ailments including pneumonia, respiratory distress, dehydration, infection and emaciation.