Mural painting project inspires a passion for reading in students 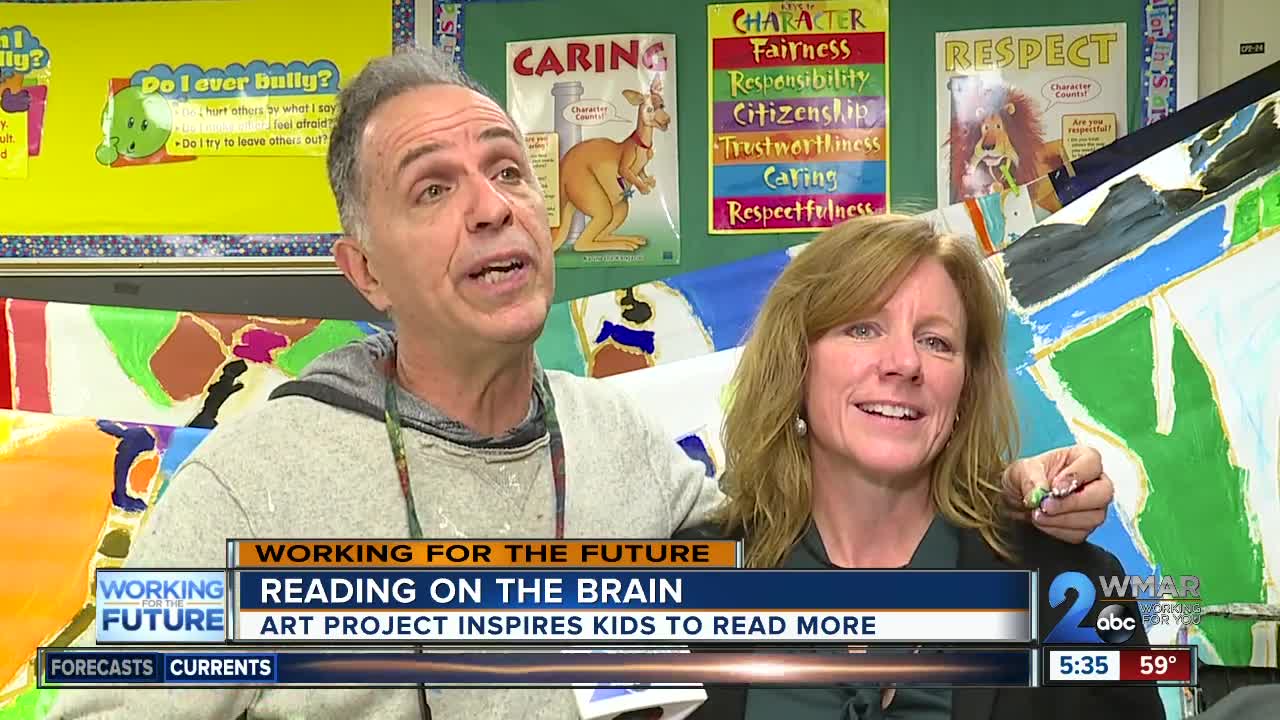 Students transform their lives and school through art 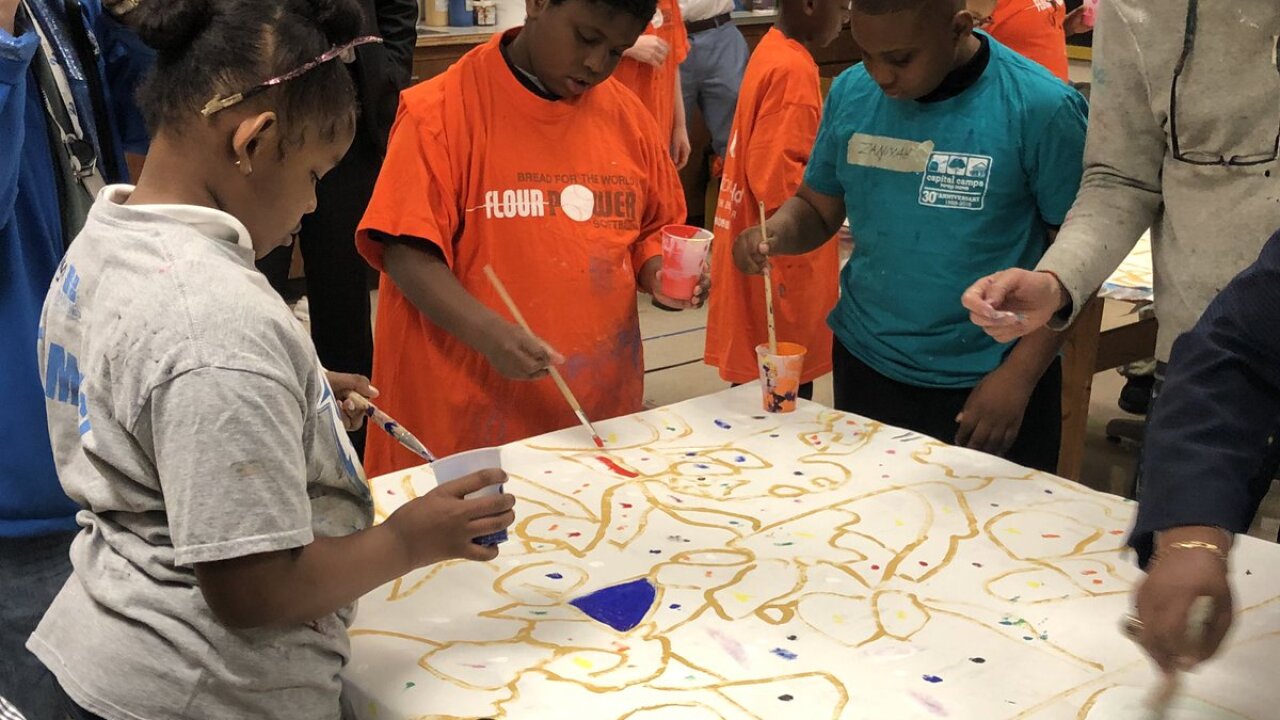 BALTIMORE, Md. — A group of students at one Baltimore City elementary school are transforming their school as they shape their own future.

WMAR-2 News spent Monday morning with a group of kids at Callaway Elementary School to see how they're accomplishing their goals.

Several students at Callaway Elementary School don’t seem to mind getting their hands dirty as they're painting with a purpose.

Fourth grader Jeremiah Walkes said "art is important because it lets out your emotions or like how you’re feeling. You can let all of that out on a canvas, instead of getting mad about stuff. You can just let that out in a peaceful way."

Baltimore City Acting Mayor Bernard "Jack" Young echoed those thoughts as he donned a smock and picked up a paint brush.

The young artists were painting 90 individual panels which will be combined to form a giant mural on the side of Callaway Elementary School.

The ‘Reading on the Brain’ art project is a partnership between the University of Maryland Medical School and local community artist Jay Wolfschlossberg-Cohen.

"Based on reading, on books that we’re going to have, on science ideas, for example, you will see things that look like stars in the mural, but they’re neurons. What’s extraordinary is the neurons look like stars, and neurons are in your brain and the stars are in the universe. The beautiful symmetry of all that, and they’ve learned that," Wolfschlossberg-Cohen said.

University of Maryland School of Medicine neuroscientist Tracy Bale said "for young kids, it builds vocabulary. If you read with somebody it builds relationships. It’s really important and determines so much of our lifetime success."

Students illustrated what they've read about in class, which seemed to have stuck with one future artist/neurosurgeon.

Fourth grader Jayden Nickens said "they taught us about a few of the parts like the hippocampus, the pre-frontal cortex, the brain stem, and things like that."

Overall, the lesson learned by many of these kids was to have reading on their minds.

Right now, the painted panels just look like pieces of a puzzle, but the question is what exactly will the mural look like once it’s done?

"Well that, I can't tell you what it's going to look like," Wolfschlossberg-Cohen said.

The completed mural will be revealed in June.