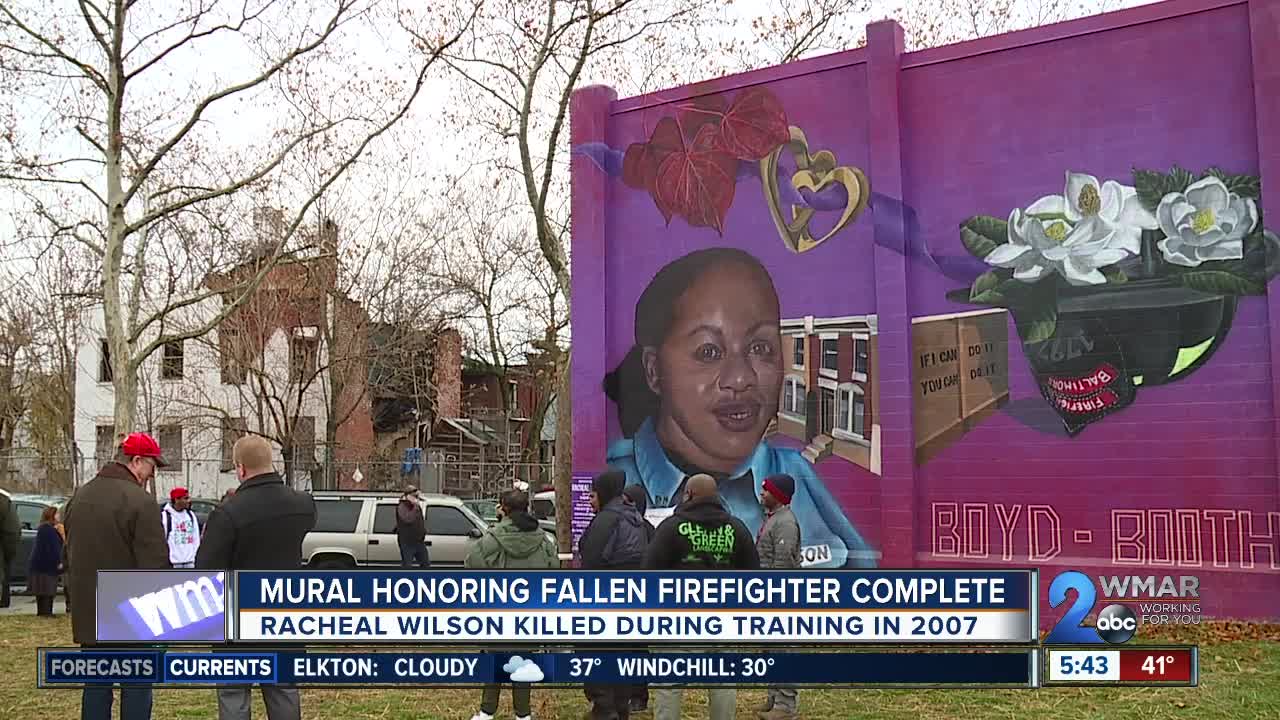 Fallen firefighter honored with a mural in Southwest Baltimore 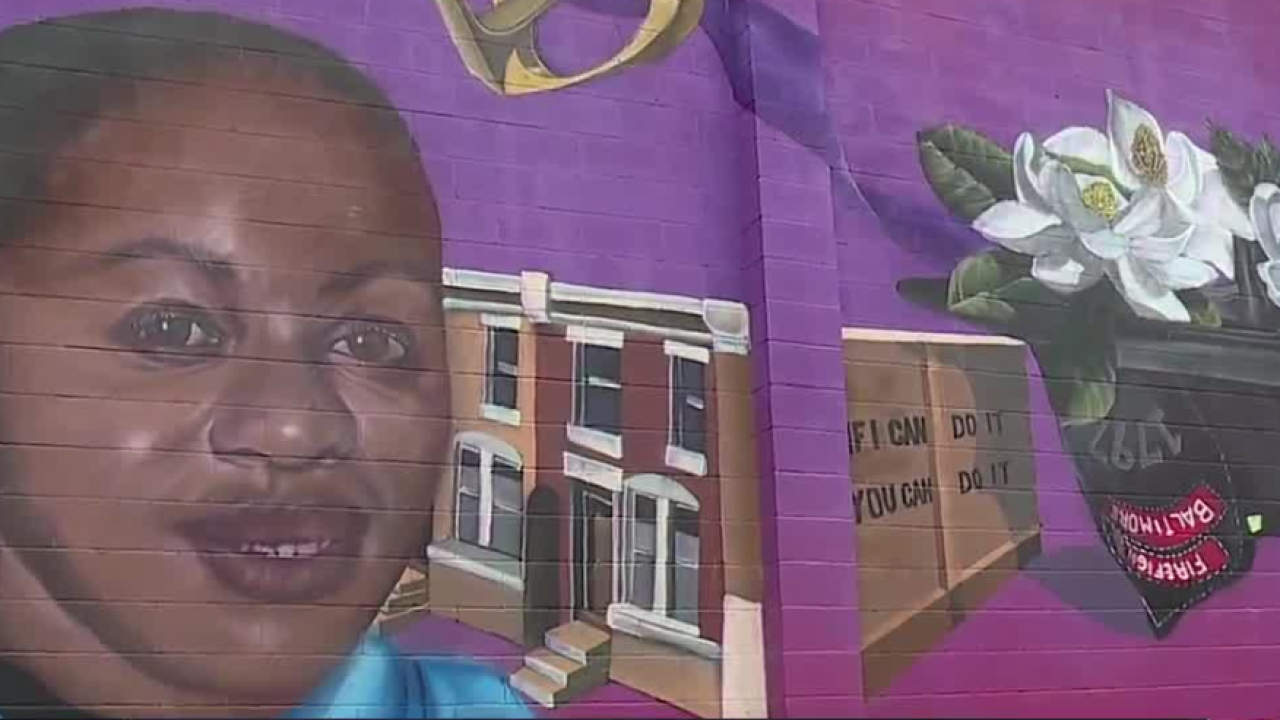 BALTIMORE — In Southwest Baltimore, there’s a mural honoring a firefighter who died in the line of duty.

It’s on South Calverton Street in the Booth-Boyd community. Wilson died during a training exercise back in 2007.

Residents in the neighborhood came up with the idea to honor Wilson’s legacy and sacrifice.

"It’s like she was one of my daughters. I didn’t know i would like to have met her. I cried for a month because I didn’t like the way that she passed. That lot got to go...it’s got to be a Rachael Wilson lot." said Booth-Boyd resident Jerlene Boyd.

The mural was designed by artist Justin Nethercutt.

Next June, a playground is scheduled to be installed near the mural in Wilson’s honor.

It will feature a community-designed mosaic.