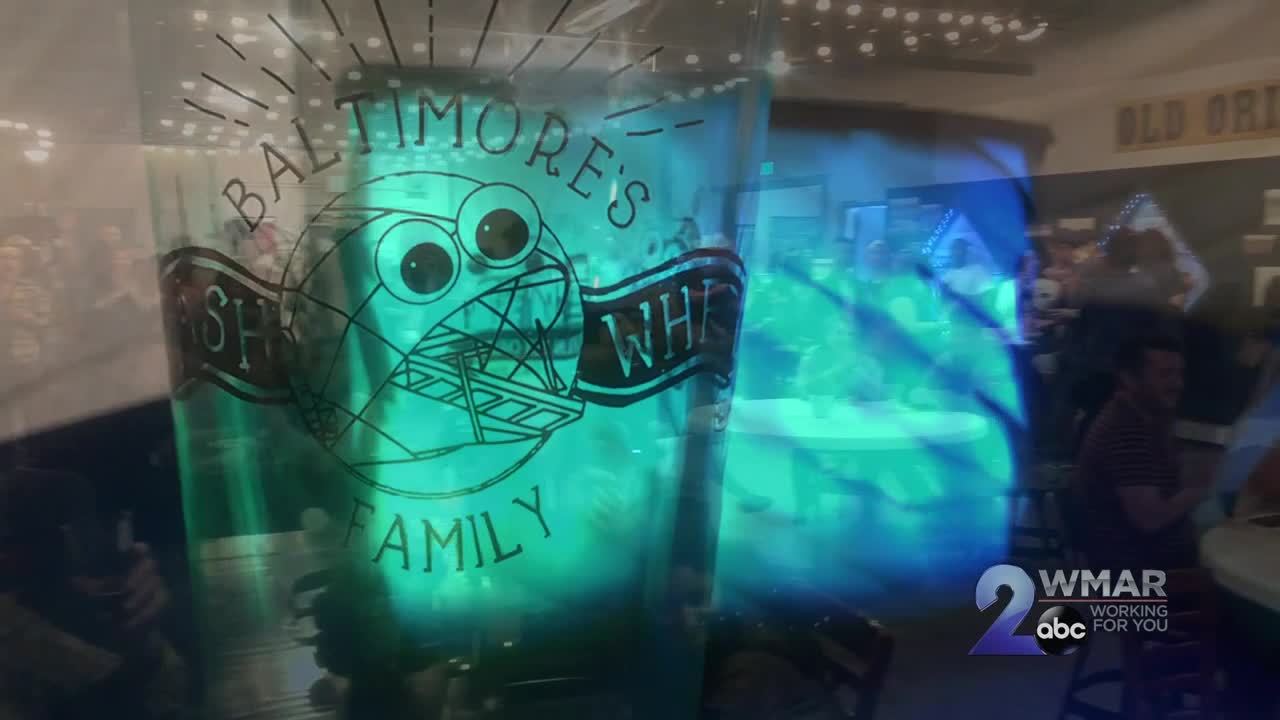 Baltimore’s oldest googly-eyed garbage eater celebrated his fifth birthday with a beer last weekend. Mr. Trash Wheel, the floating trash collector that sits adjacent to Pier VI and collects all the junk that flushes out through the Jones Falls River, turned 5 years old in May. The device’s “parent” organization, the Waterfront Partnership, held a celebration at Peabody Heights Brewing in Waverly to celebrate the big day and the growth of the Trash Wheel family. 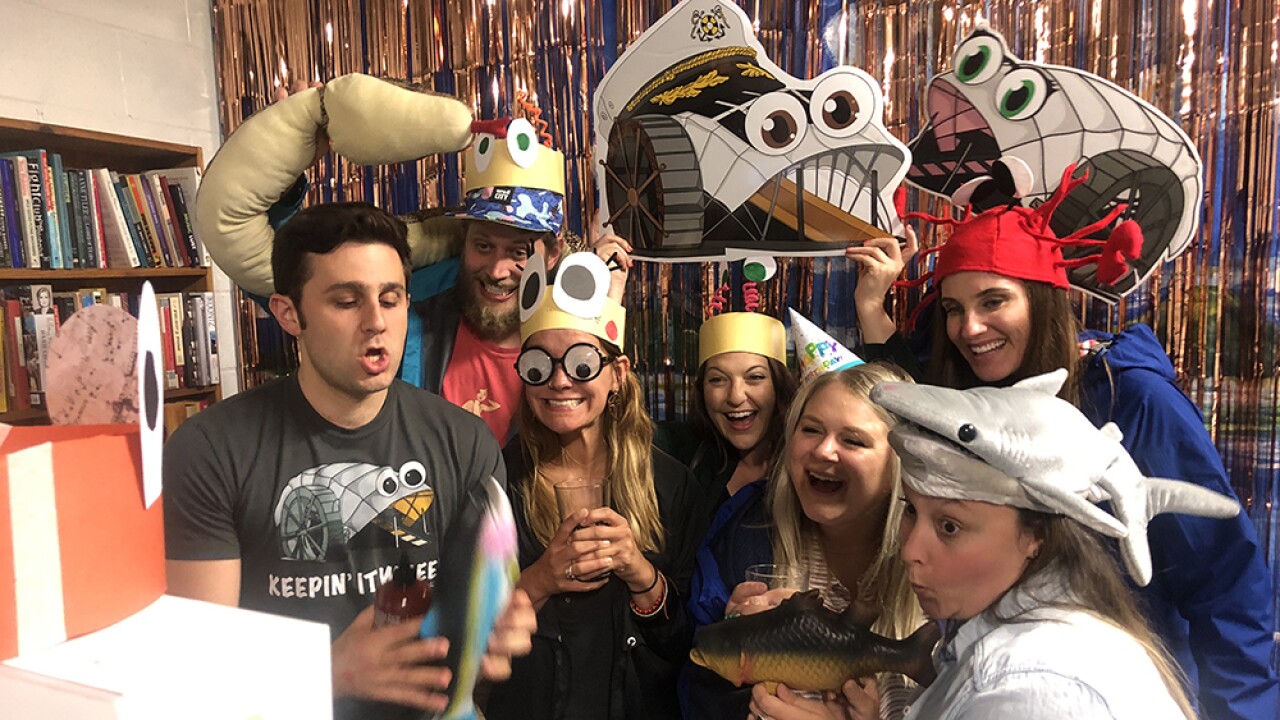 Mr. Trash Wheel, the floating trash collector that sits adjacent to Pier VI and collects all the junk that flushes out through the Jones Falls River, turned 5 years old in May. The device’s “parent” organization, the Waterfront Partnership, held a celebration at Peabody Heights Brewing in Waverly to celebrate the big day and the growth of the Trash Wheel family.

Since taking to the harbor, Mr. Trash Wheel has collected more than one million pounds of trash, including more than 10 million cigarette butts and more than a million foam containers, said Adam Lindquist, the Director of the Healthy Harbor Initiative at the Waterfront Partnership of Baltimore.. In that time, it’s also snagged a mattress, a hula hoop, a live ball python, and an acoustic guitar. In those five years, Mr. Trash Wheel has been joined by Professor Trash Wheel in Canton, and Captain Trash Wheel in Masonville Cove.

In that time the fanship of these clever contraptions has grown too. After putting googly eyes on Mr. Trash Wheel, a Twitter account was created that has now grown to nearly 19,000 followers. The “Order of the Trash Wheel” fan club created a distinction for the most fervent fans. Plush toy versions of the trash collector have even become popular gifts for kids and adults alike.

SEE MORE: Check out a gallery of images from the night's festivities.

“The interesting thing about the Trash Wheel is that kids look at it and go, ‘I could have come up with that,’ and that’s great,” Lindquist said. “That’s empowering because it’s telling the future generations that they can make a difference, just be creative, just try things, and you’ll be surprised at what works.”

Fans of an appropriate age can also satiate their fandom by imbibing in a locally produced beer. The birthday party also served as an unveiling of the third member of the “Trash Wheel beer trivia,” Lindquist said. In partnership with Peabody Heights, a Mr. Trash Wheel Lost Python Ale, and Tilted Professor Trash Wheel Blinded Me Wit Science beer will be joined by Mr. Trash Wheel’s Solar Power Sour. A portion of proceeds from the sale of any of those beers goes toward funding the Healthy Harbor Initiative, which hopes to make the harbor swimmable and fishable in the near future.

“They’ve been incredible partners from the start,” Lindquist said of the work with Peabody Heights. “A portion of every beer sold goes to help us fund the Trash Wheel to keep it churning, and they’ve created some really delicious and very unique beers for us.”

After five years of success in Baltimore, the Trash Wheel family may need to travel a bit further for the next reunion. The concept has gained much notoriety and curiosity in America and internationally. California voters just approved $1 million to build the first trash wheel on the West Coast, Lindquist said.

“We’re just celebrating the fact that trash wheels were invented here in Baltimore,” Lindquist said, “and now they’re spreading around the world.”