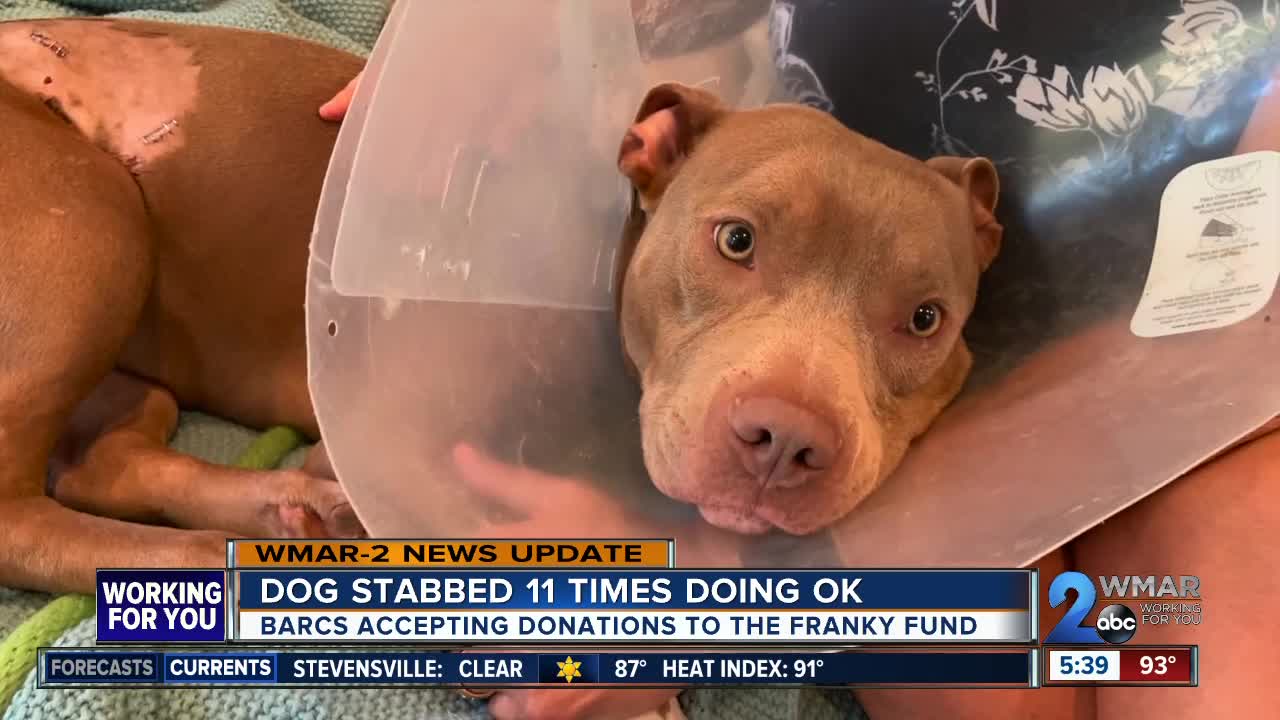 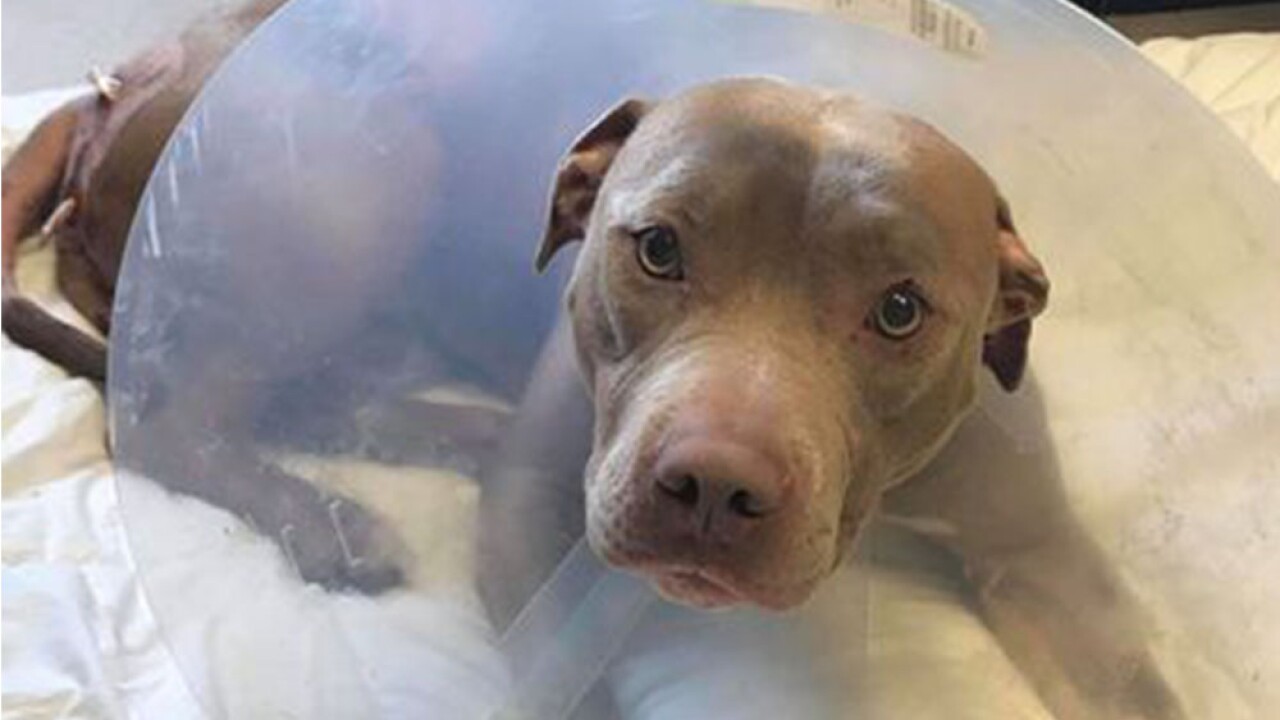 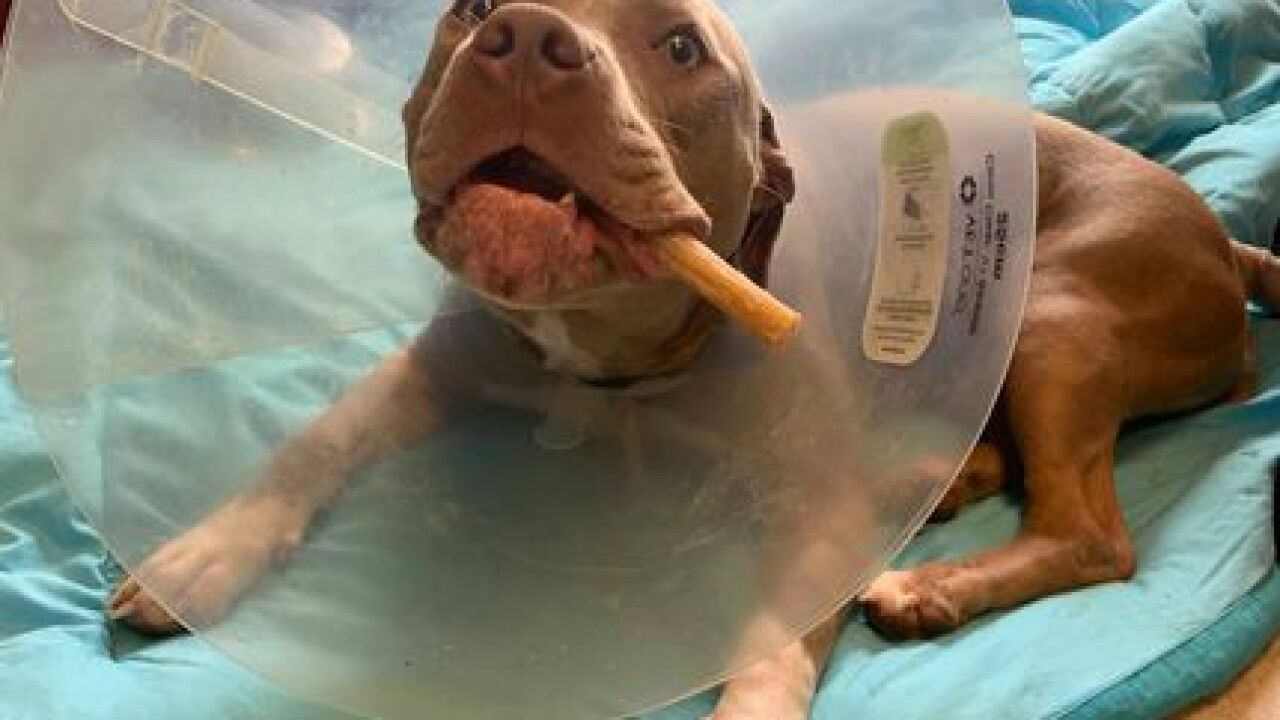 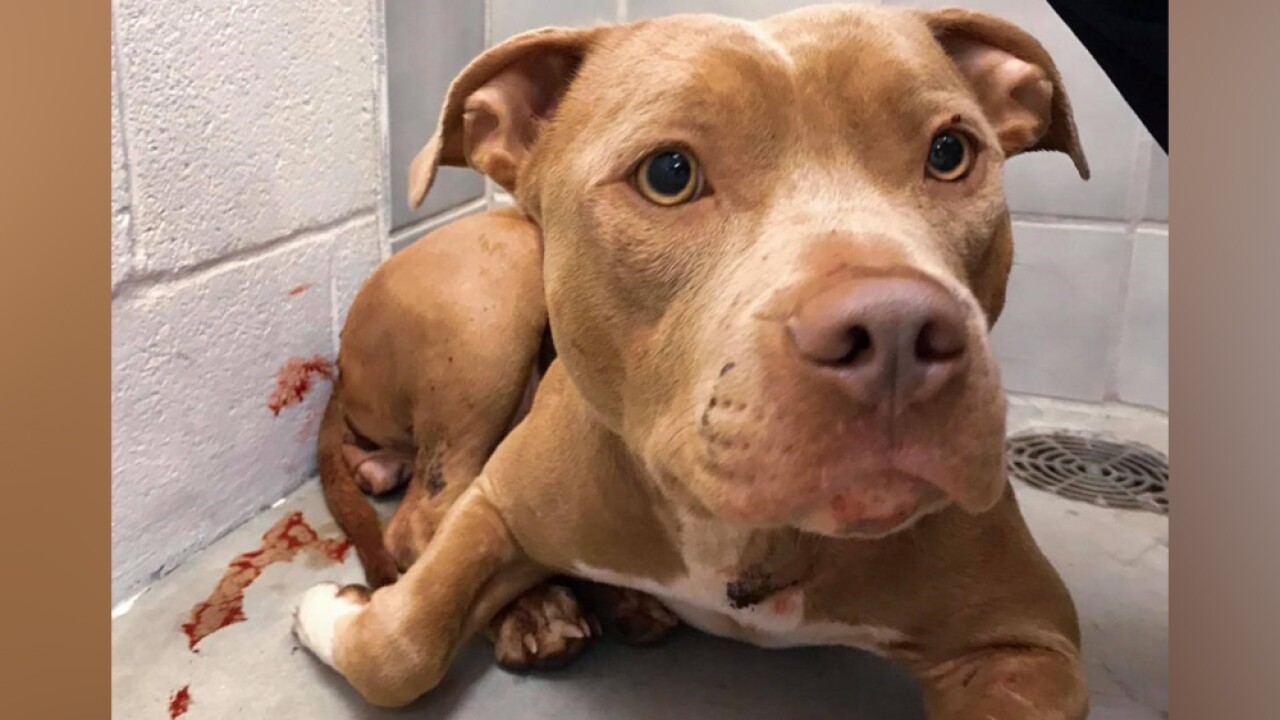 Misty had fresh stab wounds all along the neck, back, and tail.

Officials with the Baltimore Animal Rescue and Care Shelter (BARCS) say someone purposely hurt Misty with a large knife or something similar.

RELATED: Dog found in Baltimore with 11 stab wounds to her neck, back and tail

It's believed if Misty had been on her own for a few more days, she would have died.

Luckily she was rushed to the hospital and able to be saved.

Misty is now reportedly in good spirits despite her neck, back, and tail still having to be held together by dozens of staples.

BARCS isn't sure if Misty will ever make a full recovery, but they do expect her to live a good quality life.

Police haven't announced any updates or arrests on the investigation into Misty's case.

Anyone willing to make a donation toward Misty's care can by clicking here.