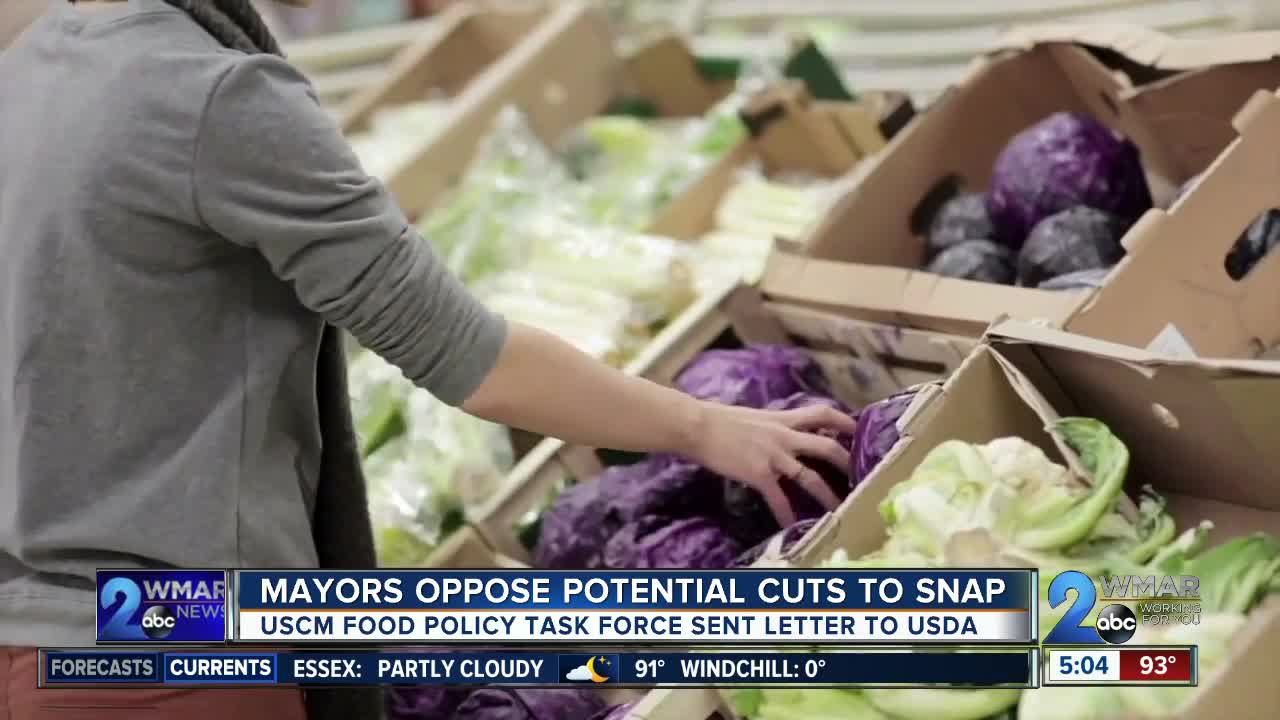 BALTIMORE — Possible cuts to SNAP or food stamps? Currently, mayors across the country are opposing a Trump administration proposal that would make it harder for millions of individuals to get the benefit.

On Wednesday, the U.S. conference of Mayors sent a letter to the USDA to abandon the policy. They say it would reduce access to nutrition benefits for vulnerable populations. Baltimore mayor Jack Young is the co-chair of the USCM's Food Policy Task Force.

Today, he joined local leaders and advocates to discuss the proposal.

"USDA says it is trying to close loopholes in this program but it is using executive action to change the rules to reduce the number of people with limited resources who will qualify for SNAP benefits."

An estimated 500,000 children are at risk of losing free school meals as well.