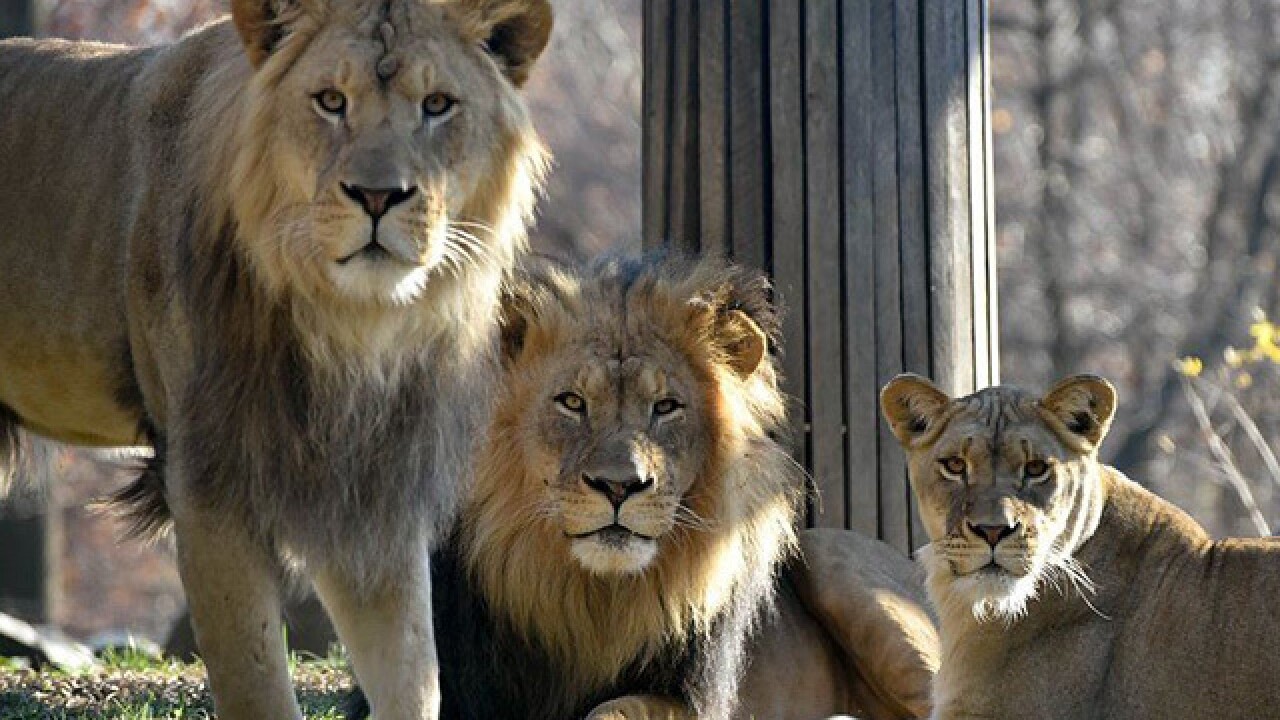 Copyright 2018 Scripps Media, Inc. All rights reserved. This material may not be published, broadcast, rewritten, or redistributed.
<p>Courtesy: Maryland Zoo</p>

You will not be able to see the lions at the Maryland Zoo for a while.

Hassan, Zuri and Luke are being temporarily moved behind the scenes as the zoo continues its African Journey expansion.

Renovation update: As we continue with our African Journey expansion, our pride of lions will temporarily move behind-the-scenes while we update their habitat and create a new guest viewing area! https://t.co/4LhaqY95RR#allforanimals #lions #lionpride #renovation pic.twitter.com/rB0y0tX4KW

"We are making major changes to the design of the lion habitat," said Don Hutchinson, president/CEO of the Zoo in a press release. "While we know visitors will miss seeing the lions temporarily, the expansion and upgrades will benefit the lions and our visitors in the future."

The new designs include an African Overlook, which is a cul-de-sac in between the lion and the giraffe habitats, that will give visitors an eye-level view of the lions and giraffes.

Construction is expected to be done by fall 2019.

Officials also announced Tuesday that Luke the lion, who was born at the zoo in 2013, is leaving to join a new pride of female lions at another zoo.

It's bittersweet for us to share the news that during this time, Luke the lion, born here in 2013, will be moving to join a new pride of female lions at another zoo: https://t.co/jq3jD06cHa #allforanimals #lukethelion #lions #marylandzoo pic.twitter.com/uddAxQxTKC

"He has been recommended to move by the [Association of Zoos & Aquariums] Species Survival Plan (SSP) and while we are sorry to see him go, we know he will be well cared for into the future," Hutchinson said.