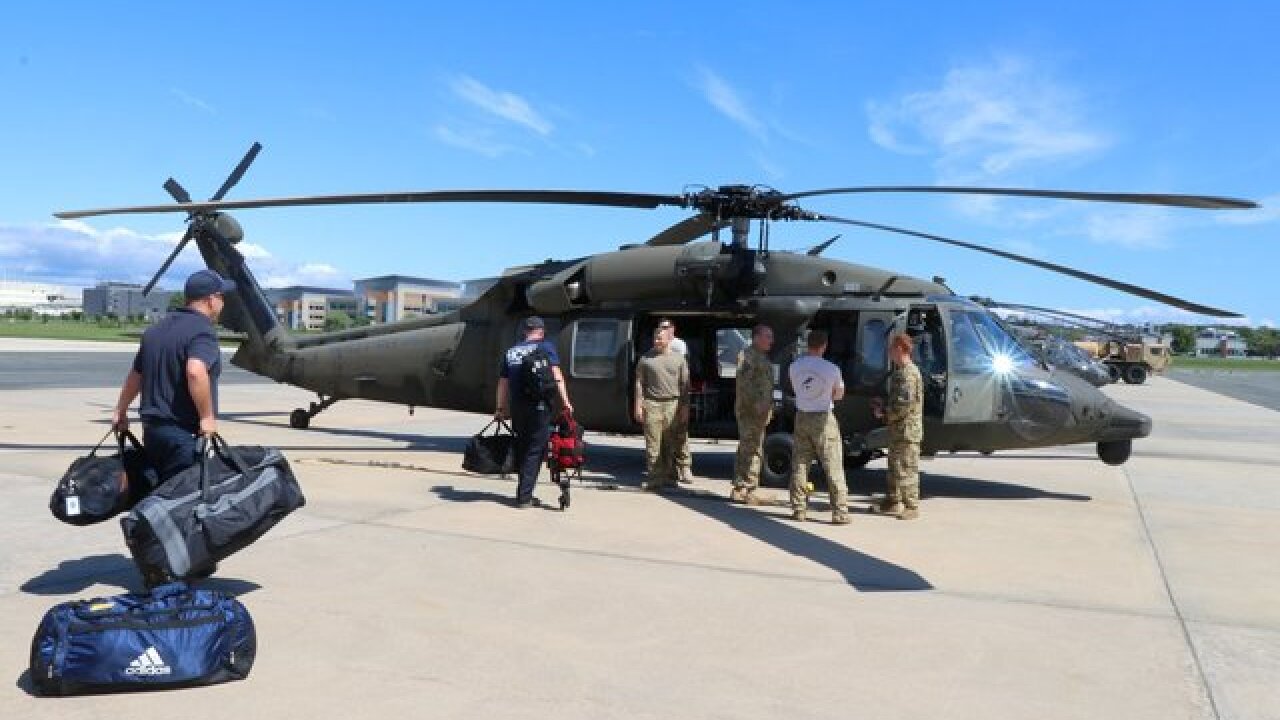 Officials say Governor Larry Hogan called for the Maryland Helicopter Aquatic Rescue Team from Baltimore, Harford, Howard and Montgomery Counties, sending them with two Blackhawks and one Chinook helicopter for the operation. A move Hogan has done in the past.

“When we had the riots in Baltimore, when we had that flooding in Ellicott City, every time there’s a major storm event or any kind of a crisis, we call on the Guard and they’re always there,” said Governor Larry Hogan when he addressed troops in La Plata, Maryland, on Sept. 13.

In 2016, Maryland Guard units were sent to Fipp Island, Columbia, and Nichols in South Carolina to assist with Hurricane Matthew recovery efforts.