Many fed up with constant late night fireworks in the city 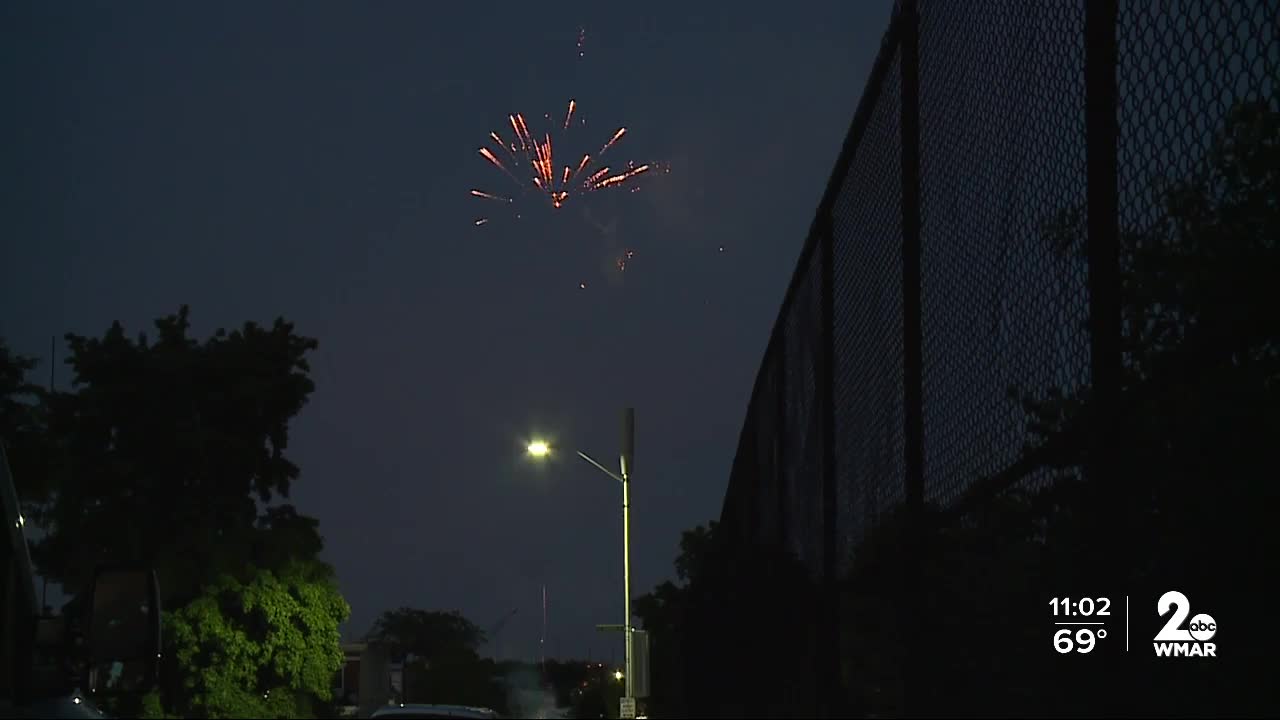 Fireworks in the summer months is nothing new for Baltimore City. The people who live here say they’ve seen an uptick this year, and it’s happening late at night and early into the morning.

BALTIMORE — Fireworks in the summer months is nothing new for Baltimore City.

The people who live here say they’ve seen an uptick this year, and it’s happening late at night and early into the morning.

“You always flinch when you first start hearing them,” said Eddie Lee. “Making sure what it is and is my family safe and you're not near the windows. You realize it’s just fireworks.”

Baltimore City's 4th of July Celebration is canceled because of COVID-19, so people have taken it upon themselves to put on their shows whenever they want.

Several people who have lived here for years didn’t want to talk about it on camera for various reasons but they told its worse than ever.

The neighborhood pages are stacked with hundreds of comments and complaints about upset children and stressed out pets.

Reminding people that fireworks are illegal in Baltimore City and they are responding to firework related calls.

Some people said they don’t mind the fireworks, in fact they enjoy it, but wish they would stop a little earlier.

WMAR-2 News' Eddie Kadhim asked police if the fireworks are setting off the shotspotters and if that makes it difficult to tell what’s a potential shooting and what is a firework.

They said they don’t have the statistics to tell.

A lot of people are driving up to Pennsylvania or Virginia for their fireworks.

A couple neighbors in the Patterson Park area said they’ve seen people in trucks coming into neighborhoods to sell the fireworks.