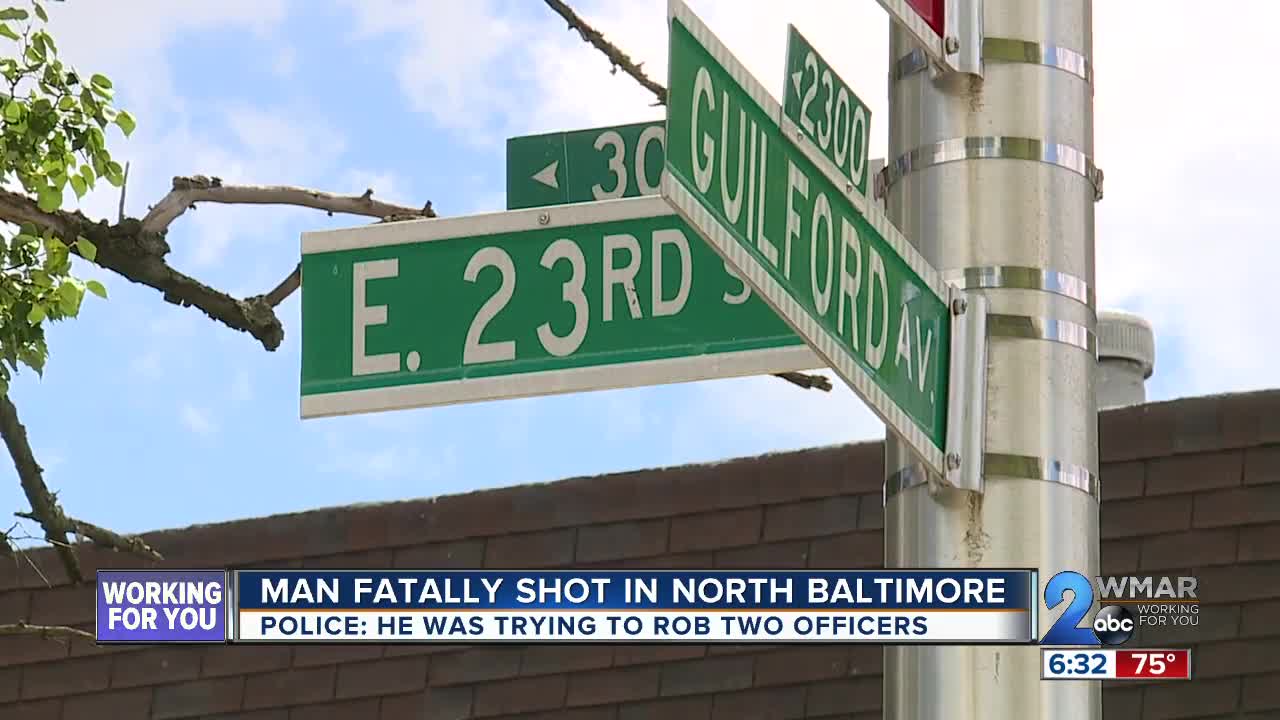 BALTIMORE (WMAR) — A man was fatally shot after he attempted to rob an off-duty Baltimore School police officer and a retired Department of Corrections officer.

Baltimore Police said it happened just before 11:15 p.m. Saturday at the corner of East 23rd Street and Guilford Avenue in the city's Northern District.

At the time of the incident, both victims were armed with concealed guns and shot the suspect multiple times.

After he was shot, the suspect ran to the 2300 block of Guilford Avenue and collapsed.

He was taken to the hospital, and died Sunday morning.

School Police didn't release any statement on the incident.

No one involved has been identified at this time.

Homicide and C.I.R.T. detectives are investigating the incident. Anyone with information is asked to called 410-396-2100.