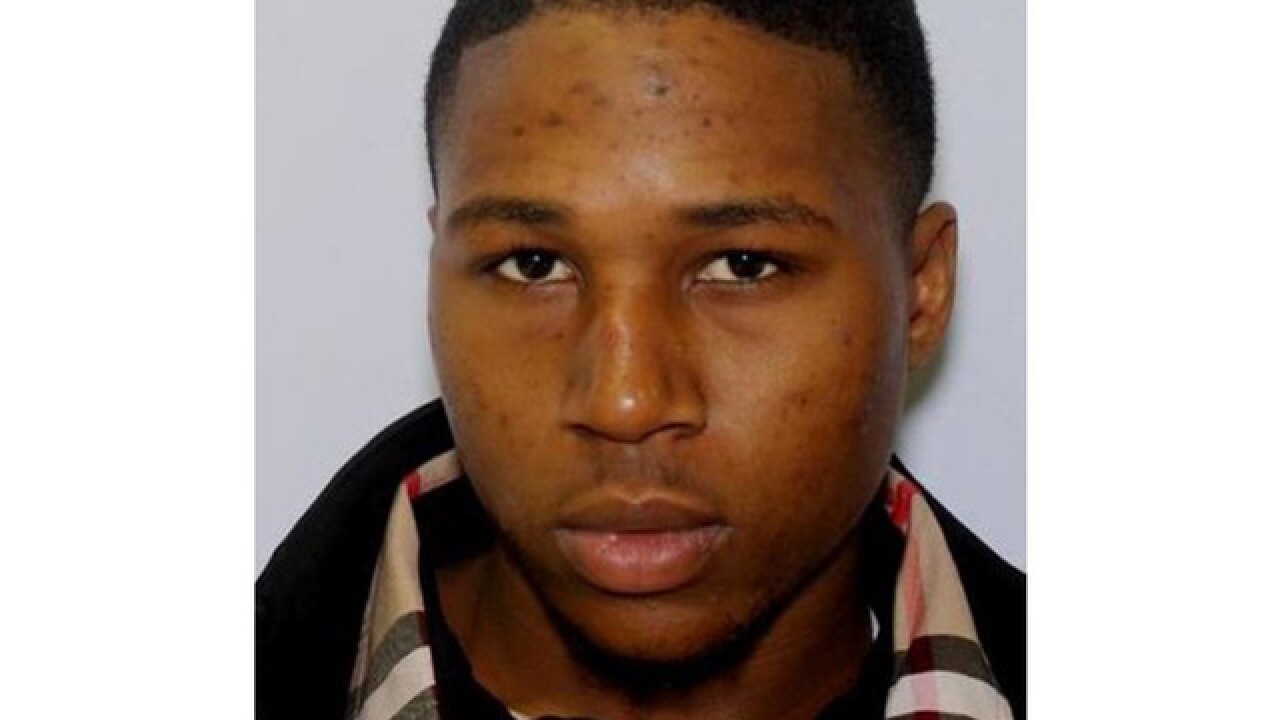 Copyright 2017 Scripps Media, Inc. All rights reserved. This material may not be published, broadcast, rewritten, or redistributed.
<p>Marco Holmes, charged in connection to the murder of 20-year-old mother Tonja Chadwick,  was stabbed in jail Thursday morning</p>

A man was sentenced on Thursday to 50 years in prison for the murder of his girlfriend, Tonja Chadwick.

In addition to murder, Marco Holmes was convicted of using a firearm in the commission of a crime of violence as well as wearing, carrying, or transporting a handgun.

On January 28, 2017, Chadwick left her aunt's house to meet Holmes, her boyfriend, at his apartment where the couple had moved in together the week prior, leaving her four-year-old child with her aunt. Holmes came to the aunt's house the next day and said Chadwick never showed up at the apartment the previous evening. When the aunt called Chadwick's phone, the calls went straight to voicemail. When the aunt called the phone the next day, a maintenance man form Mannasota Manor Apartment Complex, a location within a mile of Chadwick and Holmes' apartment, answered the phone and stated he found it near the building. Chadwick's aunt recovered the phone and contacted police.

On January 31, 2017 homicide detectives came to the apartment shared by Holmes and Chadwick and discovered two large blood stains that looked like they'd been cleaned. Detectives found two latex gloves, bedding, and the victim's purse in the apartment. DNA testing later confirmed the blood was Chadwick's, and traces of both Holmes and Chadwick were found on the gloves. Cellphone information showed on the night of her disappearance, Chadwick's phone remained in the apartment while Holmes' connected to a cell tower near Daisy Field, where Chadwick was eventually discovered.

On February 2, 2017, police searched Daisy Field and found Chadwick buried under leaves with a noticeable injury to her face. They also found a trash bag with various cleaning items and bed sheets belonging to Chadwick's four-year-old son.

An autopsy showed that Chadwick was killed with a single gunshot to the forehead, and her hands revealed signs of a struggle. DNA from Holmes was found under Chadwick's fingernails.

Holmes was arrested by a Warrant Apprehension Unit for a probation violation and was questioned about the murder. He said he and Chadwick had been in a fight the night of her disappearance and Holmes left to stay with a friend. Video from a laundromat showed the two having a violent altercation the night of the murder.

“While nothing can bring this mother back to her young child, I pray this sentence brings some peace of mind to this family who has had to endure the unimaginable,” said State’s Attorney Marilyn Mosby. “This defendant, not only killed this young mother but deceived her family, and he will be locked away from society for a very long time, as he deserves.”