Man buries himself alive to prevent others from ending up there 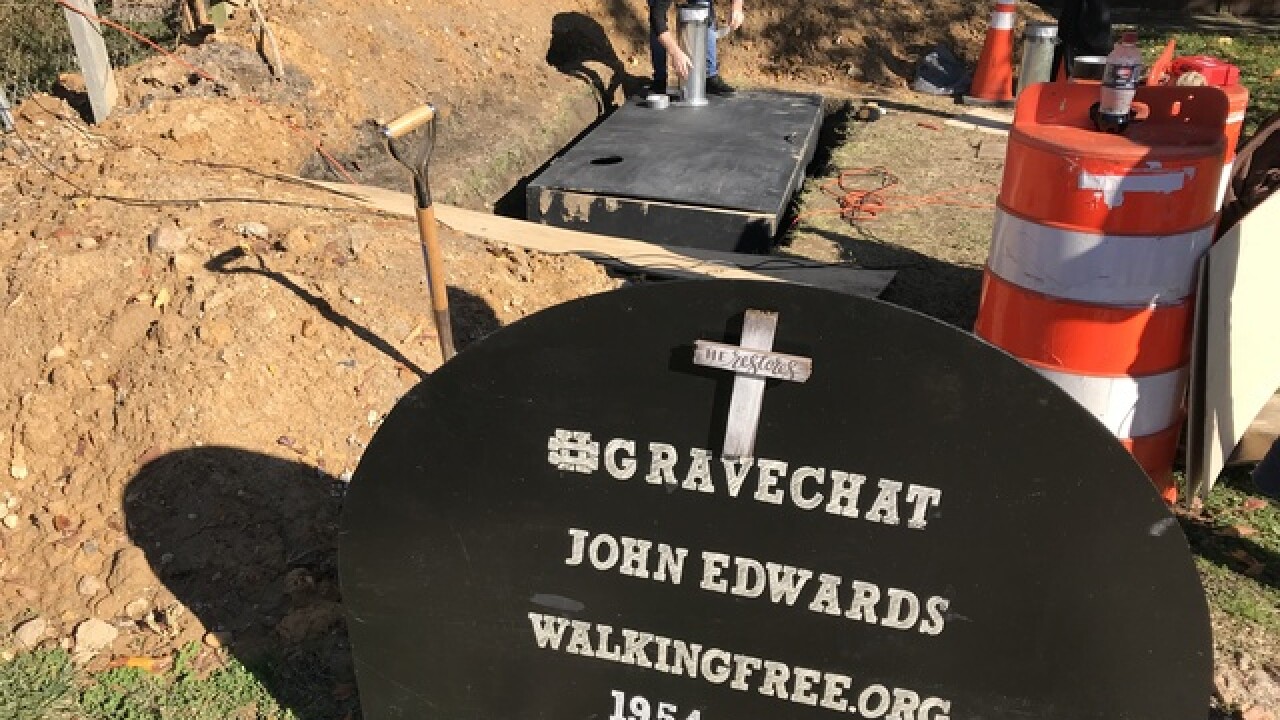 A man is breaking new ground in the opioid epidemic by putting himself in it.

John Edwards is burying himself alive, in a grave he dug himself, for three days to raise awareness and help with the opioid epidemic spreading across the nation.

Not only is he putting himself in the ground, but he will also be live streaming the entire #GraveChat, calling the event his "Words of Life from the Grave".

"I am so upset from attending funerals of both young and older people who have died as a direct result of addiction or depression," explained Edwards. "I have prayed and thought deeply about radical ways to reach these people and came up with the idea of getting buried. This way I can speak to many people before they end up in a premature grave."

Edwards struggled with addiction himself for over 20 years. He says he was addicted to alcohol and drugs, was homeless, and accidentally overdosed many times. Throughout those tough times, he also survived a liver transplant, hepatitis C, and two bouts with cancer.

For the past 27 years, Edwards has been in recovery and made it his mission to help people who struggle with addiction, suicidal thoughts, eating disorders, and depression. He hopes his story of survival will inspire them and give hope.

And this is not the first time he has pulled off a stunt like this. Edwards has previously been buried alive in England and Northern Ireland, and just as recently as last week, he was buried in Florida, spending November 1st to the 3rd in his coffin.

His coffin is equipped with pipes that provide him with air, food, water, and it is spacious enough for a portable toilet.

If you want to interact with Edwards you can text, email, phone, and Skype him at 908-297-0818 while he is in the grave, watch his grave chat on Facebook at John Edwards, Walking Free, or by visiting his website www.walkingfree.org.

Edwards will be at the Wilkens Avenue Mennonite Church in Southwest Baltimore from Thursday through Sunday.