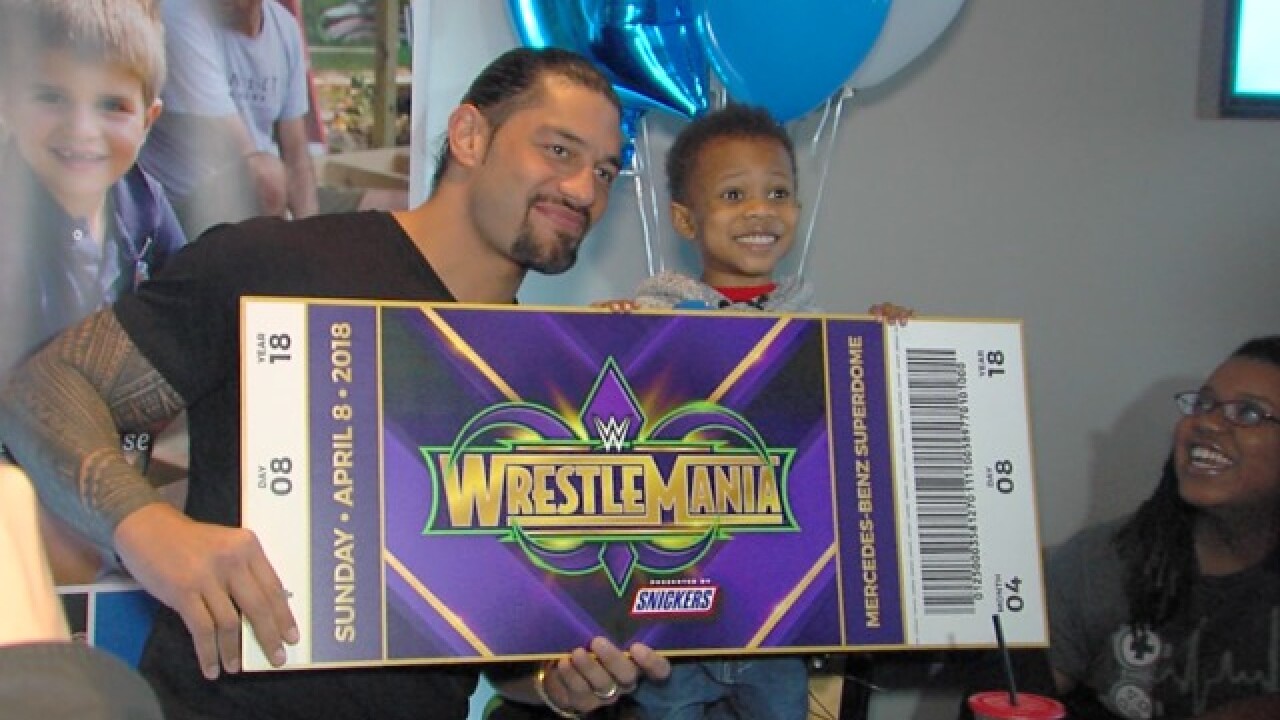 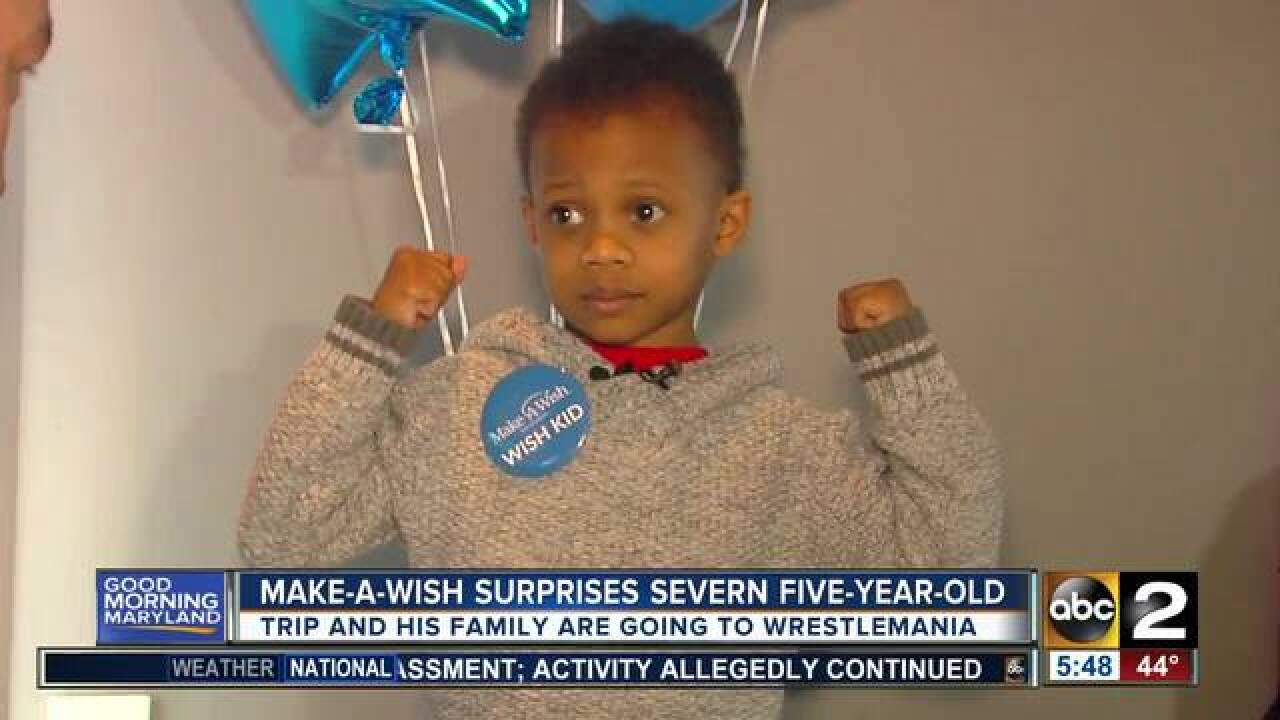 It isn’t any secret, five-year-old Trip loves to watch wrestling.

“Every month, we sit at home and watch the network like a family and he jumps around on the couch and he’s all super excited. And every year, he’s like, ‘Can we go to Wrestlemania,’ and we’re like year we’ll make that happen – one day,” L’Tisha, Trip’s mom, said.

She thought chances of going would be a long shot until Saturday at Jimmy’s Famous Seafood restaurant in Baltimore.

Trip struggles with a blood disorder that sends him in and out of the hospital.

So the team at Make-A-Wish Mid-Atlantic, along with help from WWE superstar Roman Reigns, wanted to grant Trip….a trip.

Not only is Trip and his family going to Wrestlemania, but he’s going in some new gear and with a few new toys.

“He brought in the new year in the hospital. So to be able to do this today, it’s like a big deal,” L’Tisha said.

Wrestlemania is In April down in New Orleans, Louisiana.