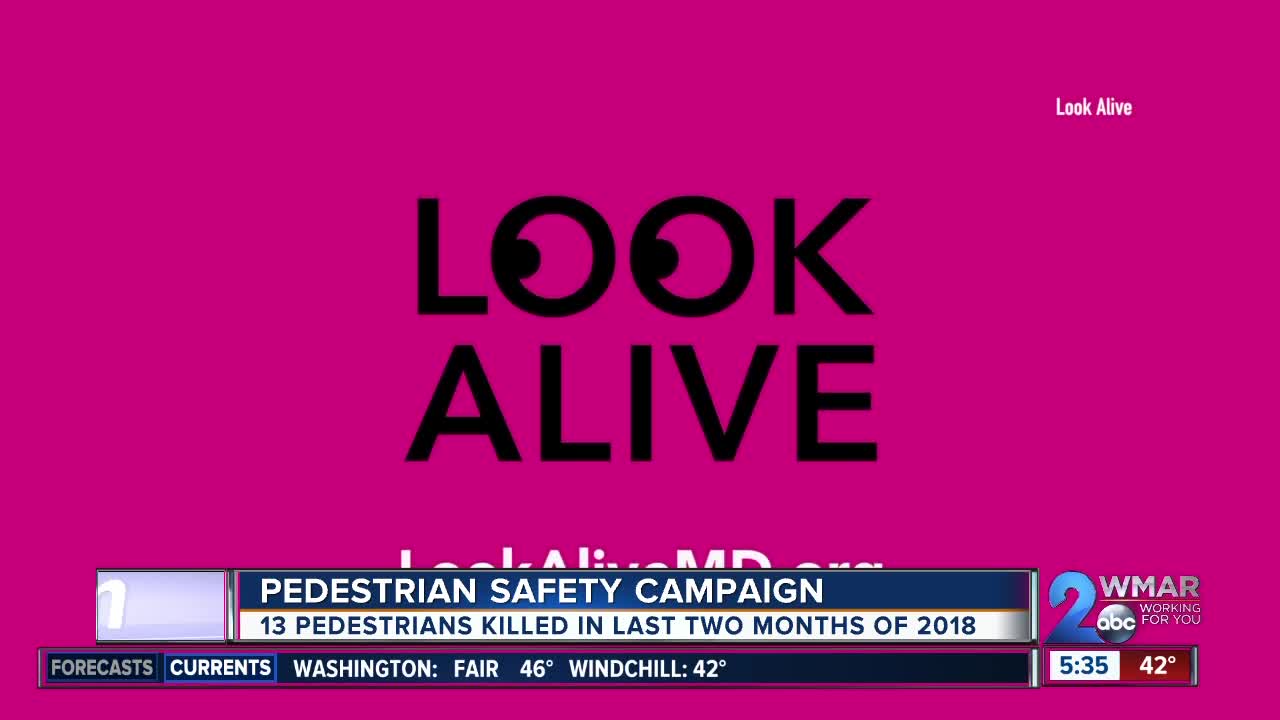 During the last two months of 2018, there were nearly 400 pedestrian crashes in Baltimore and the surrounding counties.

BALTIMORE — During the last two months of 2018, there were nearly 400 pedestrian crashes in Baltimore and the surrounding counties.

With the winter holiday season upon us, the Department of Transportation and the Baltimore Metropolitan Council are teaming up with local partners to launch Baltimore's Look Alive Pedestrian Safety campaign.

The goal is to raise awareness on pedestrian safety and educate residents about safe use of roadways during this time of year. As part of the campaign today, Baltimore County Police conducted a live enforcement activation detail. There is also a PSA to go along with the campaign.

During the campaign, there will be increased enforcement of traffic laws. Violators face fines from $40 - $500.