What started out sounding like science fiction is now closer to becoming a reality.

We're one step closer to finding out possible locations for the Maglev train stations. The train is supposed to get you from Baltimore to DC in only 15 minutes, and now the list of potential stops is shrinking.

A new report from the Federal Railroad Administration and the Maryland Department of Transportation lists about seven potential locations in both Baltimore and Washington DC that could be part of the Maglev train. 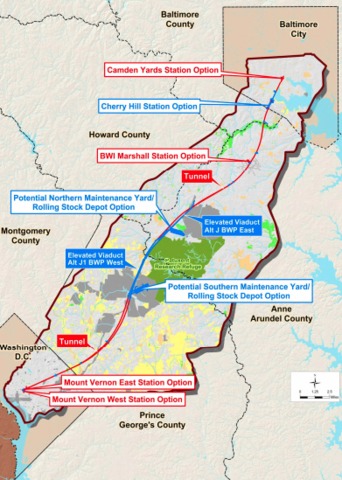 A stop you might notice isn't on the list is Port Covington. Officials with the project say part of the reason Port Covington was eliminated was that of the lack of connectivity to other rails and transit.

If you want to learn more about the Maglev train you can read the full report below: