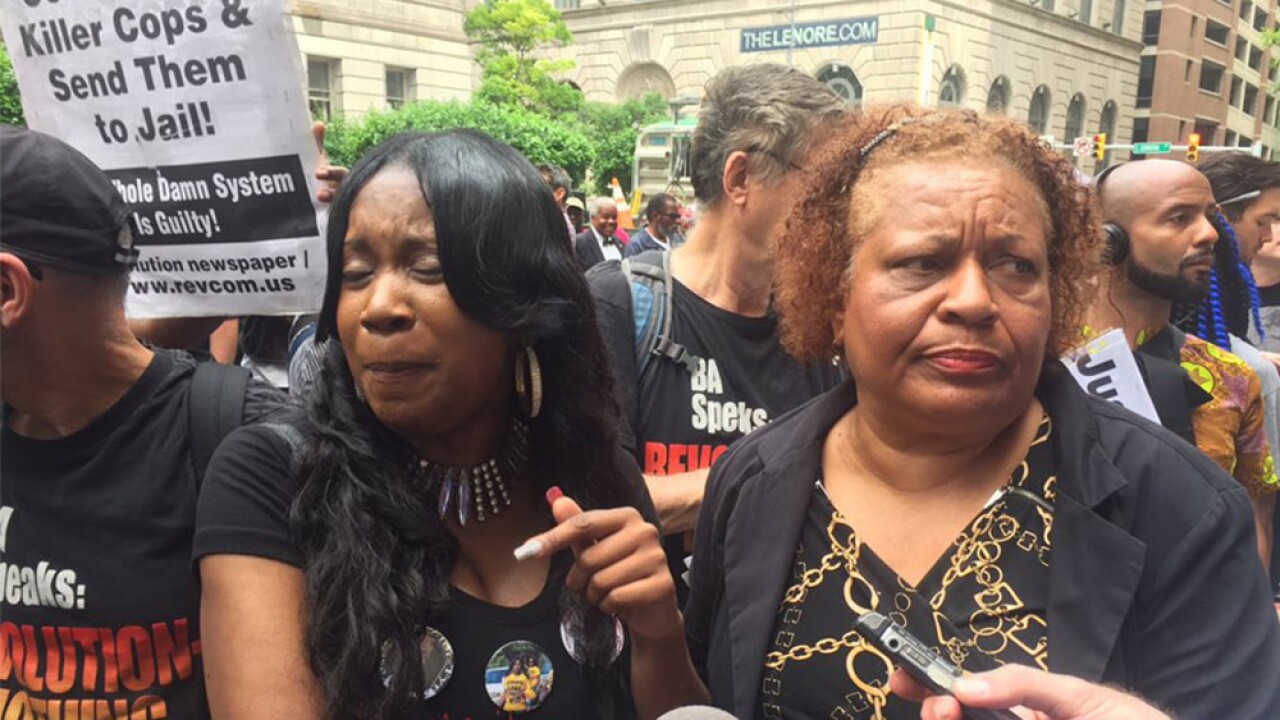 Local leaders are calling for peace, while city activists plead for change after a judge found Officer Caesar Goodson not guilty of all charges surrounding the death of Freddie Gray.

Mayor Stephanie Rawlings-Blake issued a statement asking for patience as the judicial proceedings come to a close.

"I am proud that we as a community have come together to move our city forward over the past year, Rawlings-Blake said. “I know that the citizens of Baltimore will continue to respect the judicial process and the ruling of the court."

RELATED: Officer Caesar Goodson found not guilty on all counts

A spokesperson for Sen. Catherine Pugh said that while protests are part of democracy, the destruction of homes and property is not.

“Although people may disagree with the verdict, it is important to respect each other and to respect our neighborhoods and our communities,” Pugh’s spokesperson Gary Brown said in a release.

U.S. Rep. Elijah Cummings said Williams has proven to be "a tough, fair adjudicator," and he understood that many people would be "disappointed and frustrated" by the verdict in the case.

"But we must continue to channel our energies into efforts to improve our city for all residents, and continue to improve our police department’s practices and procedures to ensure that the policing of our streets is conducted professionally, safely, and fairly in all parts of our city," Cummings said. "Baltimore’s future does not rest on the outcomes of the trials surrounding Mr. Freddie Gray’s death. Baltimore’s future rests on every one of us.”

“I feel heartbroken,” she told ABC2. “All I have left is just hope, and it’s not in our judicial system b/c at the end of the day it fails us over and over, but I’m hoping that change comes somewhere within our community.”

Jones said she hoped new laws would be introduced to ensure citizen safety.

The NAACP echoed Jones' sentiments, calling Gray's death "a tragedy not found to be a crime in court, but a wakeup call for Baltimore."

The national organization tweeted that police departments, including Baltimore's, "must continue work with the USDOJ to get protocols in order and build community trust."

Gray's death is a tragedy not found to be a crime in court, but a wakeup call for Baltimore. Not a day of rejoice for anybody. #GoodsonTrial

The nonprofit group Peoples Power Assembly released a statement saying it was "outraged and disappointed" by the verdict.

"We think that it along with the previous verdicts sends a message to the people of Baltimore that there continues to be a double standard in justice and that police can act with impunity in our community," the statement read.

Attorney Warren Alperstein said the state didn’t prove its argument that Goodson intentionally gave Gray a “rough ride” in the police van following his arrest in April. Goodson faced the most serious charges of all six officers as the driver of the police van, and was the officer held most responsible in Gray’s death.

Looking forward, Alperstein said the Goodson verdict doesn’t look good for state prosecutors' cases against the four officers yet to be tried.