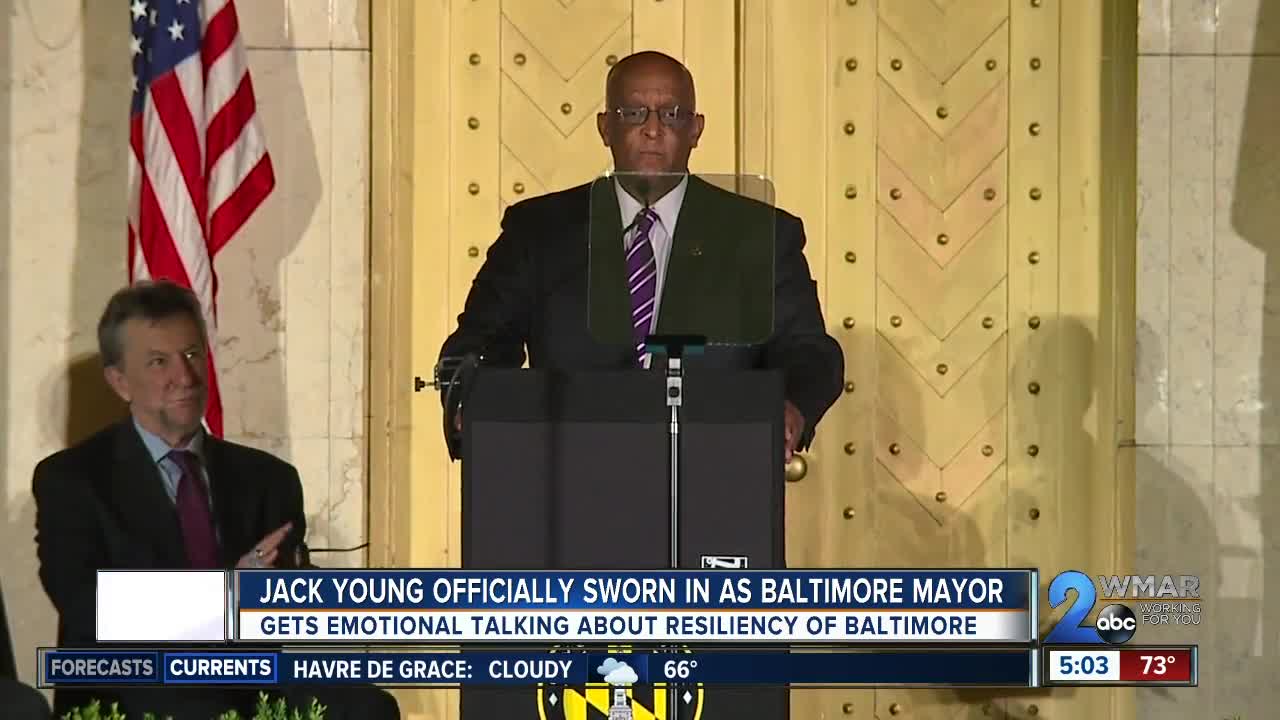 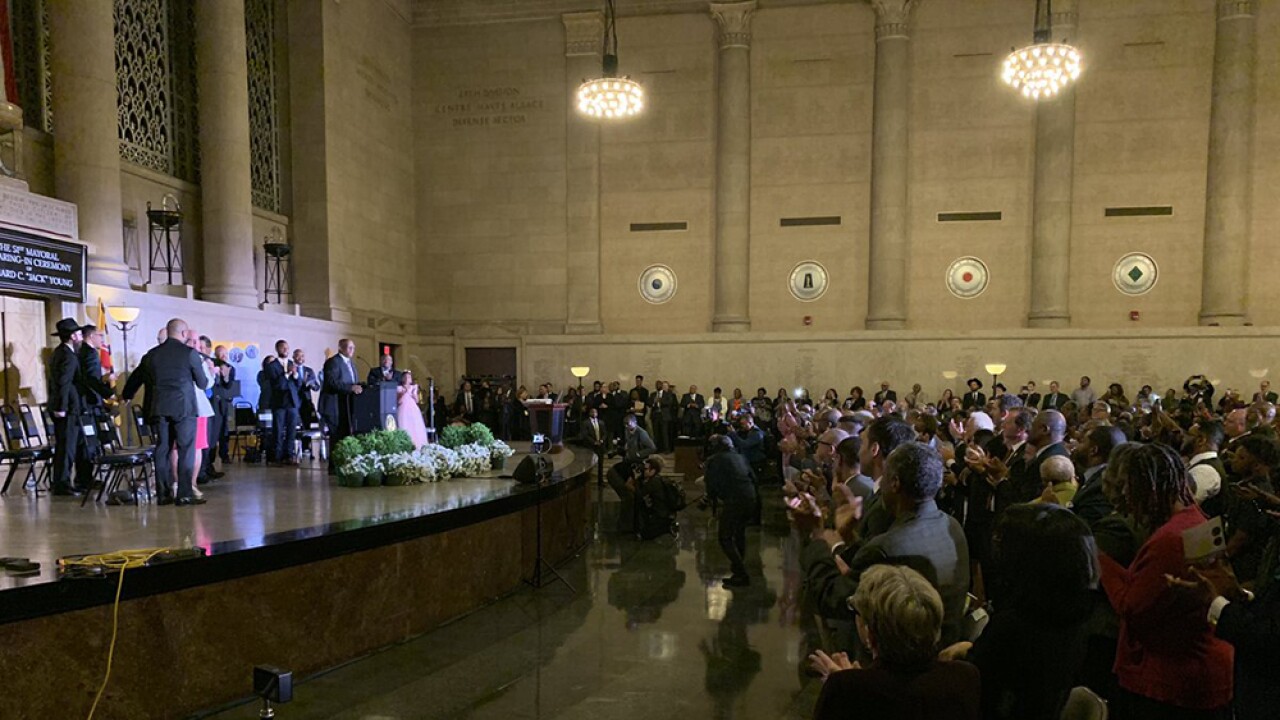 “To the people of Baltimore, thank you so much for providing me with strength and encouragement,” Young said in his inaugural address. “We’re in this together.”

Nearly every speaker stressed the idea that Baltimore is at a pivotal moment of potential change, dependent upon the work of it’s leaders, the investment of residents of the city and the state, and the cooperation of local and regional partners.

“I’m one that believes in regionalism, and we’re going to make regionalism work,” Young said after thanking the leaders from outside the city who were in attendance at the ceremony in the War Memorial.

“On behalf of the entire state of Maryland, I want to pledge my full and continued support to Mayor Jack Young, to your new City Council President Brandon Scott, and to all the citizens of Baltimore city,” said Governor Larry Hogan, one of the first speakers to take to the podium. “Mayor Young has been a fierce advocate for Baltimore City for more than two decades, and now he’s been asked to take on a new leadership role to guide our state’s biggest and most important city through a difficult chapter.”

“In this time of great need Mayor Young stepped up to lead our great city,” said Senator Ben Cardin (Md.-D). “With him as mayor I am confident that Baltimore is in good hands.”

“It is my goal to support Mayor Young as he handles Baltimore city’s needs,” said newly elected Speaker of the House in Annapolis, Del. Adrienne Jones. “… As he leads Baltimore City back to it’s shining glory and strength of mind and deliberate action. I want Mayor Young and the citizens of Baltimore City to know as speaker I will take a vested interest in Baltimore’s future. A strengthened Baltimore city means a healthier and safer Maryland.”

Young’s deep roots in the city were frequently evoked to bolster his history with and commitment to Baltimore. The “middle child” of 10 growing up in East Baltimore, Young slowly and diligently climbed the rungs of the city’s political ladder, serving more than two decades on the City Council as both a Councilman and from 2010 to 2019 as the local legislative body’s President.

“It’s a moment I’m sure she never dreamt of when I was a young child running around our East Baltimore neighborhood,” Young said of his mother watching him being sworn in, signing the oath, and officially becoming Mayor. After acknowledging his family and many notable figures in the audience, Young had to pause as he fought back tears and collected himself, before returning to a message he has touted often as he assumed the office in an acting role. “I don’t have too much time to stand here and deliver this long winded speech. While we’ve had trying times lately, I’m hopeful we will prevail.”

He implored citizens to show their well known resolve and dedication to the city, saying Baltimore is at a unique time, looking to emerge from a particularly rough stretch of record crime, distrust in institutions, and new leadership.

“The most important people here today are you,” Young said to the crowd that frequently broke to applaud the new mayor and other speakers. “I can’t do this journey alone.”

Young closed his remarks with a rallying cry echoing the business-like quips he often utters when speaking of tackling the city’s business.

“Alright,” Young concluded, “let’s go out and build a city.”