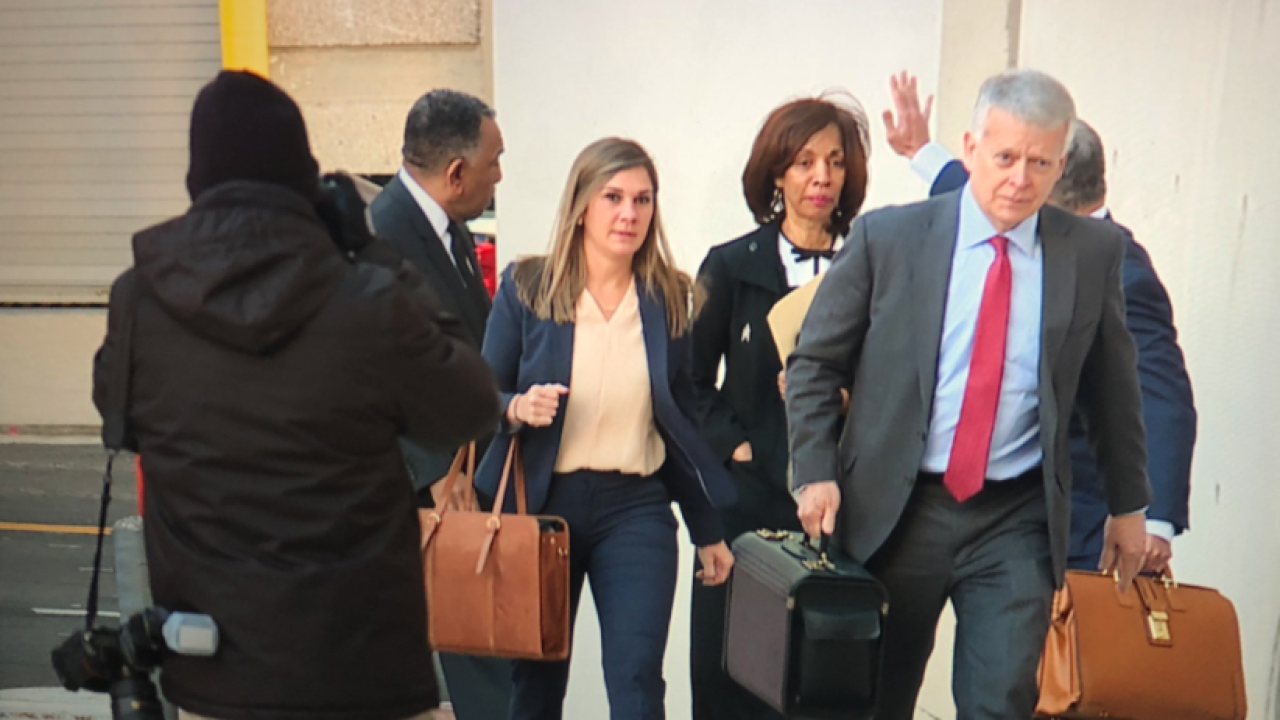 BALTIMORE — Attorney's for former Baltimore Mayor Catherine E. Pugh, are asking a Federal Judge to allow her until June 1 to report to prison.

Pugh was sentenced to 36-months on February 27 for crimes related to the Healthy Holly scandal.

Initially Pugh was expected to report on April 13, but the judge gave her an extension until April 27, so she could stay at home with her niece until the end of the school semester.

The Bureau of Prison has since assigned Pugh to serve her sentence in Aliceville, Alabama.

Her attorney's say that facility is 877 miles away from Pugh's home, which they say violates the First Step Act’s requirement that require BOP to “place a prisoner in a facility as close as
practicable to the prisoner’s primary residence, and to the extent practicable, in a facility within 500 driving miles of that residence.”

The judge had previously recommended Pugh be assigned to Alderson, West Virginia.

Pugh's attorneys also cite the COVID-19 outbreak and Maryland's stay at home order which has all but closed state courts, causing Pugh's pending state perjury case to be
rescheduled on May 14. The case was originally expected to be resolved before Pugh began her federal sentence.

Her lawyers say having Pugh in custody in Alabama, and then having her travel back to Maryland for her state case "serves no legitimate purpose, unduly burdens the United
States Marshals Service in having to unnecessarily transport the Defendant back to Maryland, could cause undue delays in the state court proceedings, and frustrates the Defendant’s access to
BOP programs that she can benefit from while serving her sentence in a designated facility."

They also fear that since the Bureau of Prisons has temporarily halted moving prisoners within the system, that Pugh could miss her court date, which can cause the state to place a detainer on
Pugh, limiting her access to certain beneficial programs while incarcerated and eliminating early halfway house placement.

It's unclear when the Judge will rule.