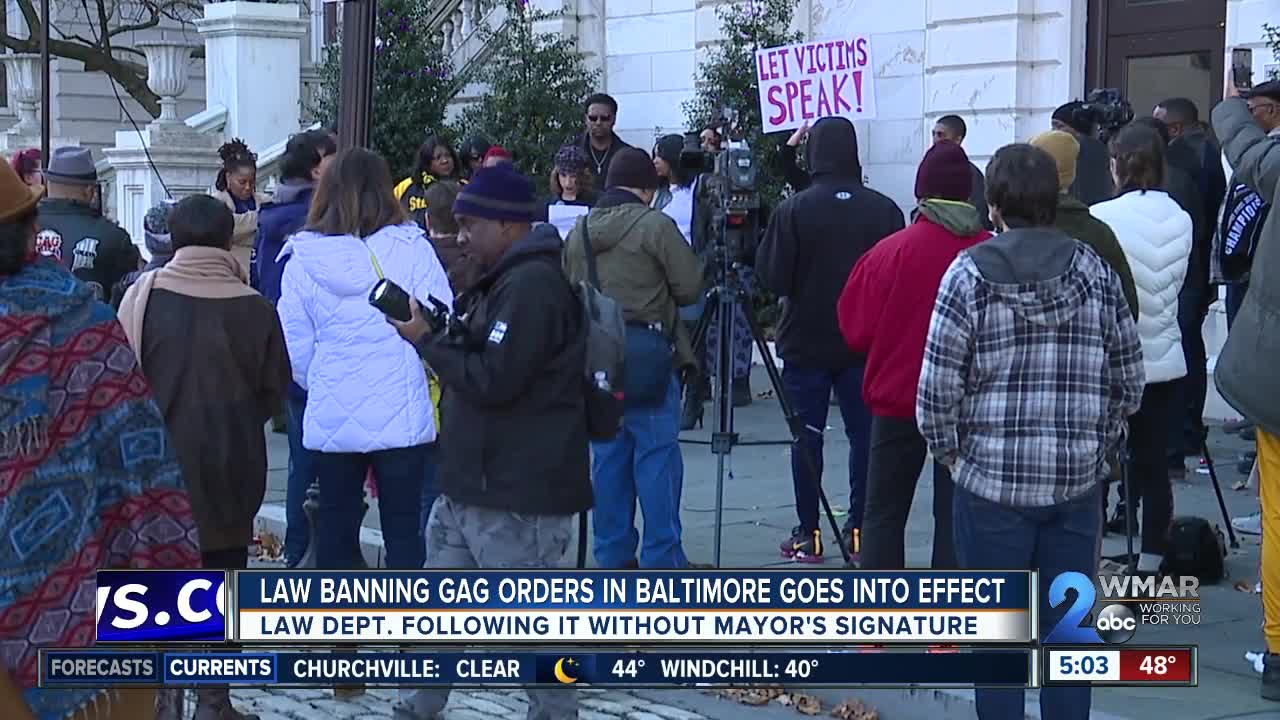 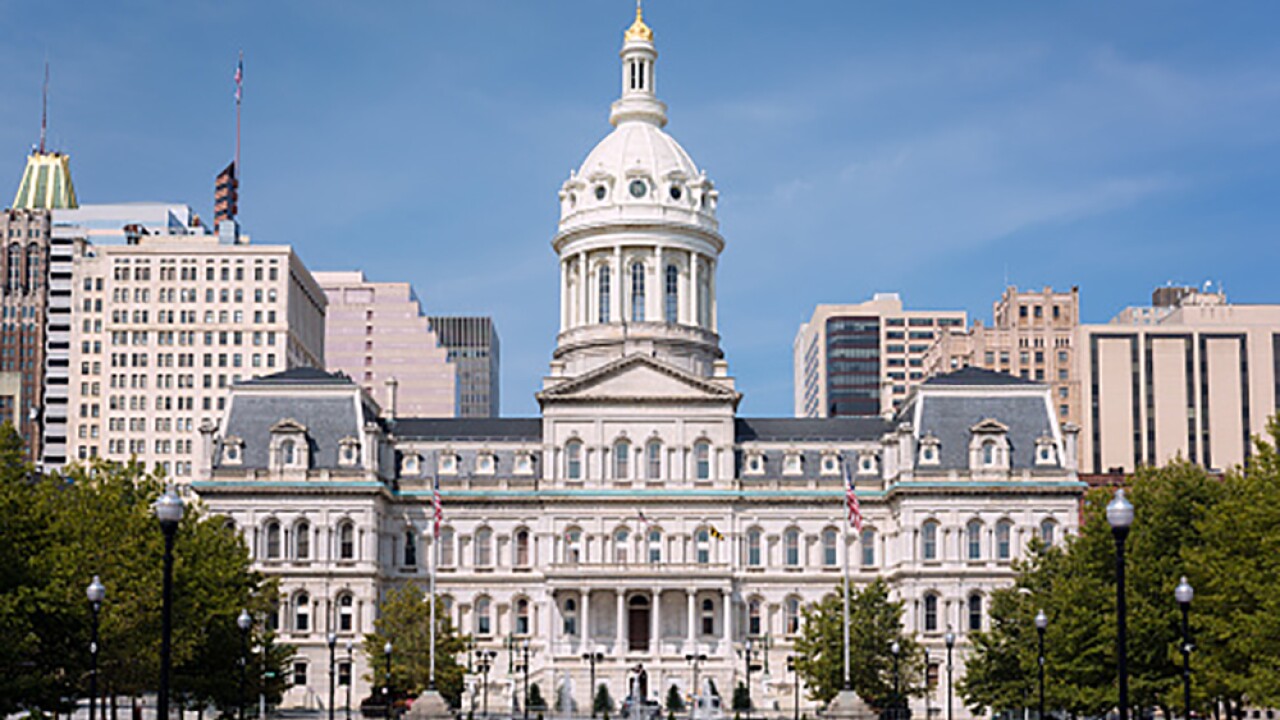 BALTIMORE — For years victims of police brutality or discrimination were forced into silence if they settled with the City of Baltimore.

However, the victims and their families are upset that mayor Jack Young didn't sign it. So, they held a speak-out at city hall demanding that victims can speak their truths.

The efforts started back in July of last year. That’s when a federal appeals courts ruled Baltimore’s use of gag orders was unconstitutional.

In September, Young signed an executive order banning gag orders. At the end of October, the city council passed the law and sent it to the mayor’s desk.

The mayor hasn't signed it or vetoed it and to Tawanda Jones, the sister of Tyrone West who was murdered by the police in 2013, it doesn't settle well.

"At the end of the day, he didn't veto it, but he didn't sign it and that speaks volumes," said Tawanda Jones, sister of Tyrone West.

So, what does this mean for those who have settled police brutality or discrimination cases with the city?

"The non-disparagement clause, which is in just about every civil case across the country says in short-term... You can't lie about the parties and that's really abbreviating what those clauses say. They're out now. They're out. We don't have a non-disparagement clause anymore. I think people can say pretty much what they want to say," said Dana Moore, Deputy City Solicitor.

Moore adds that she doesn't speak for the mayor, but the law department will follow the law.