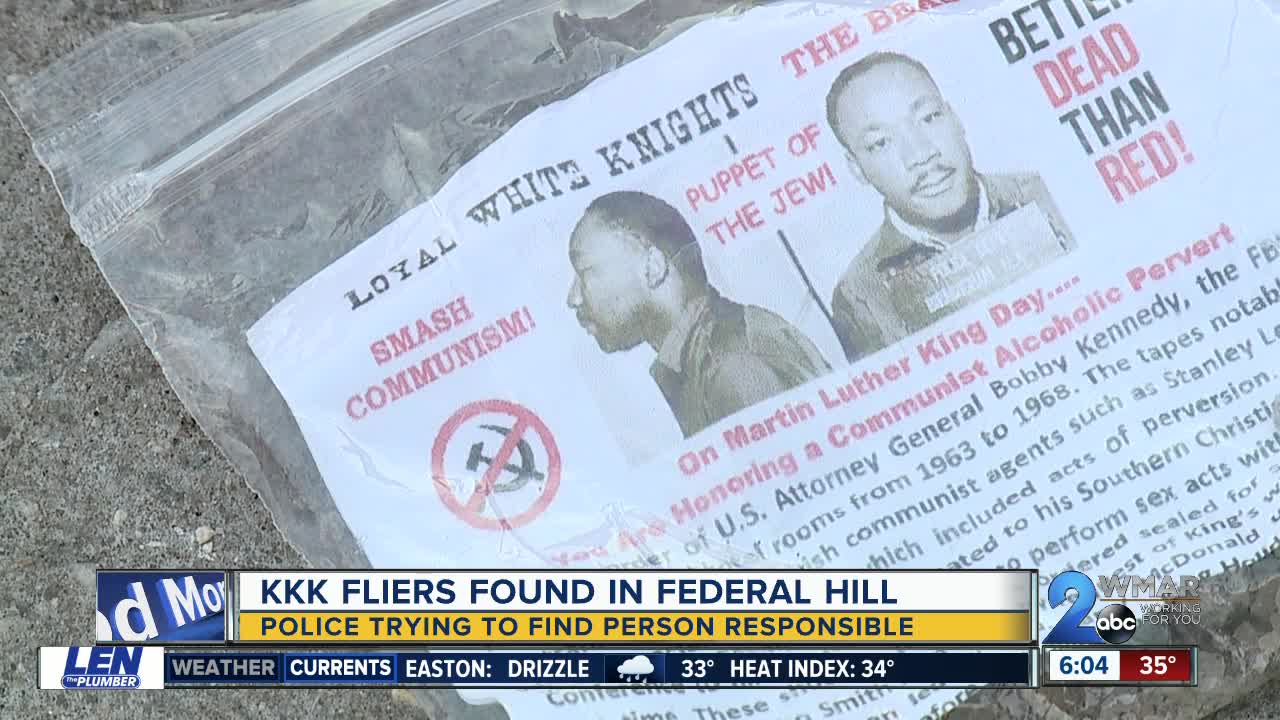 Neighbors in Federal Hill made shocking discoveries outside their homes Sunday night: KKK propaganda flyers left numbering in the dozens. 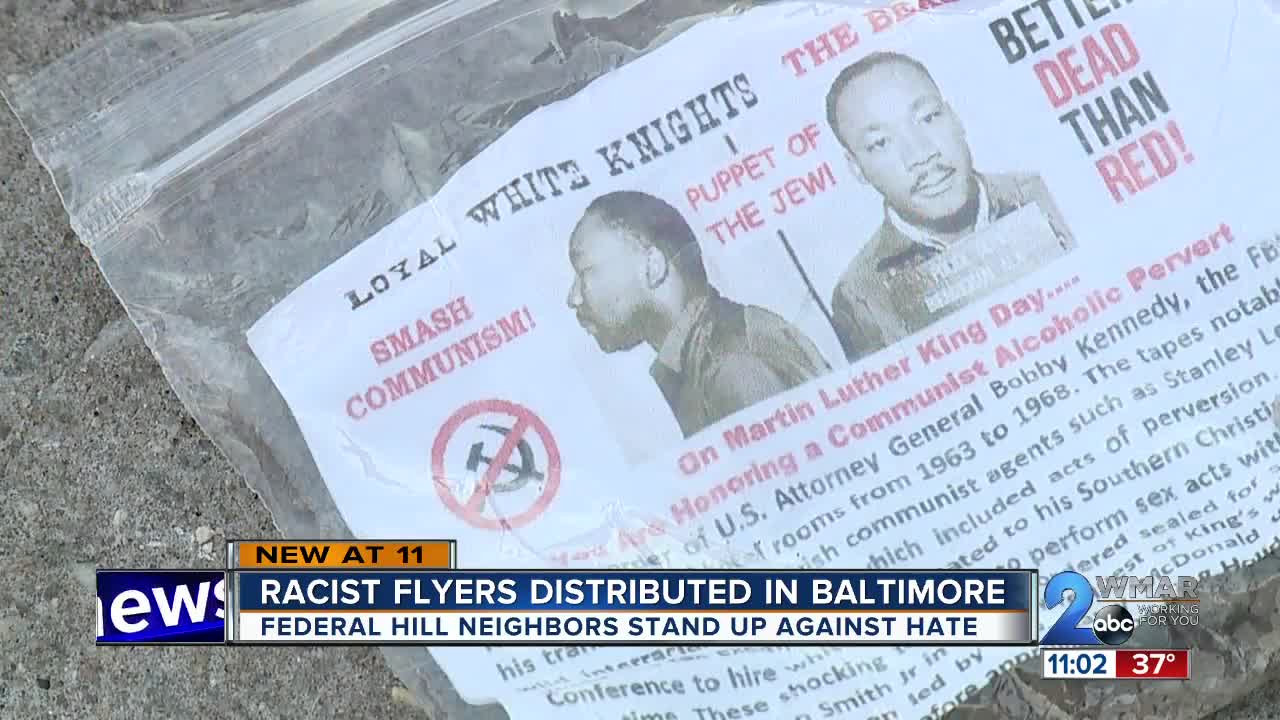 BALTIMORE — At the beginning of Black History Month, an act of hate in Baltimore.

"I think that one of our neighbors contacted police with as many as 25," neighbor Sean Ray said.

Some turned them into police and others threw them away. They were inside baggies and weighed down with rocks and road salt. It contained a message from the Loyal White Knights of the KKK, spreading a message of hate about Martin Luther King Jr.

Neighbors believe the locations were picked on purpose, areas already on edge.

"We saw these populated over on Riverside after there was a shooting this summer. We had an incident on this block within the past two to three weeks and it really does seem to be targeted to people and really preying on their emotions," Ray said.

But instead of inciting fear, the flyers are uniting neighbors to stand up against hate.

"They are certainly within their right, perhaps, to express their opinions but we, on the other hand, have an equal right to push back and to express our displeasure and to let them know that there's no place in this neighborhood for that," Slack said.

"I think that the neighborhood should organize against it. I think power in numbers is always the way to do it," Slack said.

A neighbor filed a report and Baltimore City Police are investigating.