Two buildings on Johns Hopkins Medical Campus were closed for hours Thursday afternoon after a small amount of tuberculosis was accidentally released in the building.

As of roughly 4 p.m., the incident had been cleared, and the building was reopened. Officials said a small vial of frozen tuberculosis was being transported when it was inadvertently dropped in a pedestrian bridge connecting two buildings in the Johns Hopkins Cancer Research Center.

"This is the very first in the 15 years that I've been here. It's never happened," cancer research building administrative worker Marcy Omondi said.

Immediately after the vial was spilled, action was taken to thwart a potential spread. Officials said the H-VAC system was shut down and everyone was evacuated. There was little threat of a spread since the sample was small and frozen, and TB is not very infectious.

"The reason why I’m certain no testing would be necessary, because we are certain that no one who had been at risk has become infected," said Landon King, the Executive Vice Dean of the School of Medicine. "If we had thought that they might be infected then there would have been follow up down stream to this."

The Baltimore Fire Department got the emergency call for the spill around noon, evacuating the building when they arrived. Traffic was shut down on North Caroline Street from Orleans to East Monument Streets as a result of the evacuation. Fire crews were able to package the spill and turn the contaminated material back over to the hospital.

Tuberculosis experts cleared the building before the evacuation was lifted.

A tuberculosis sample was in the building because the Medical School has a large TB research group. The sample that fell was being used to find new treatments for the disease in rodents.

The school is conducting an internal review of the incident. 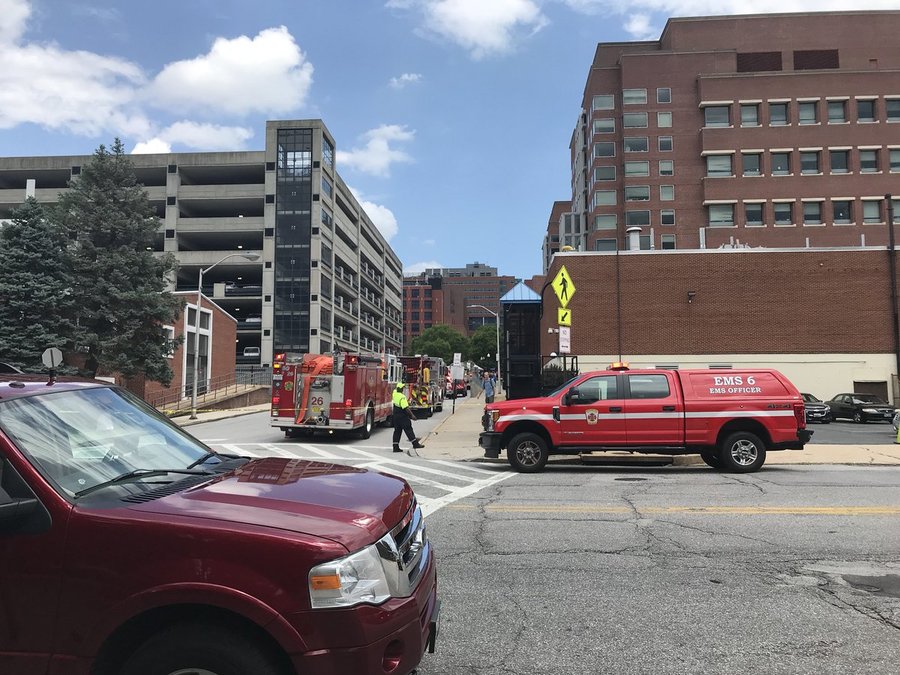