Hundreds of volunteers came out for gas explosion cleanup on Sunday 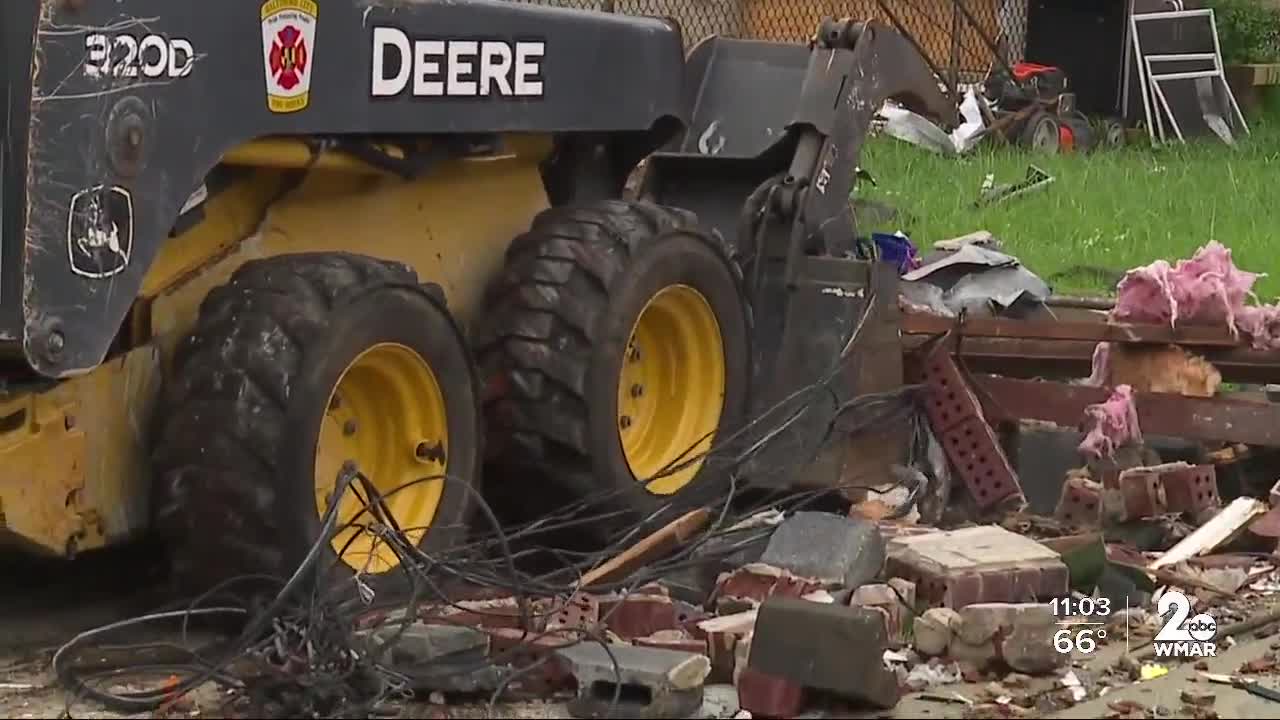 Hundreds of volunteers came out to clean up the site of the deadly gas explosion in Northwest Baltimore on Sunday. 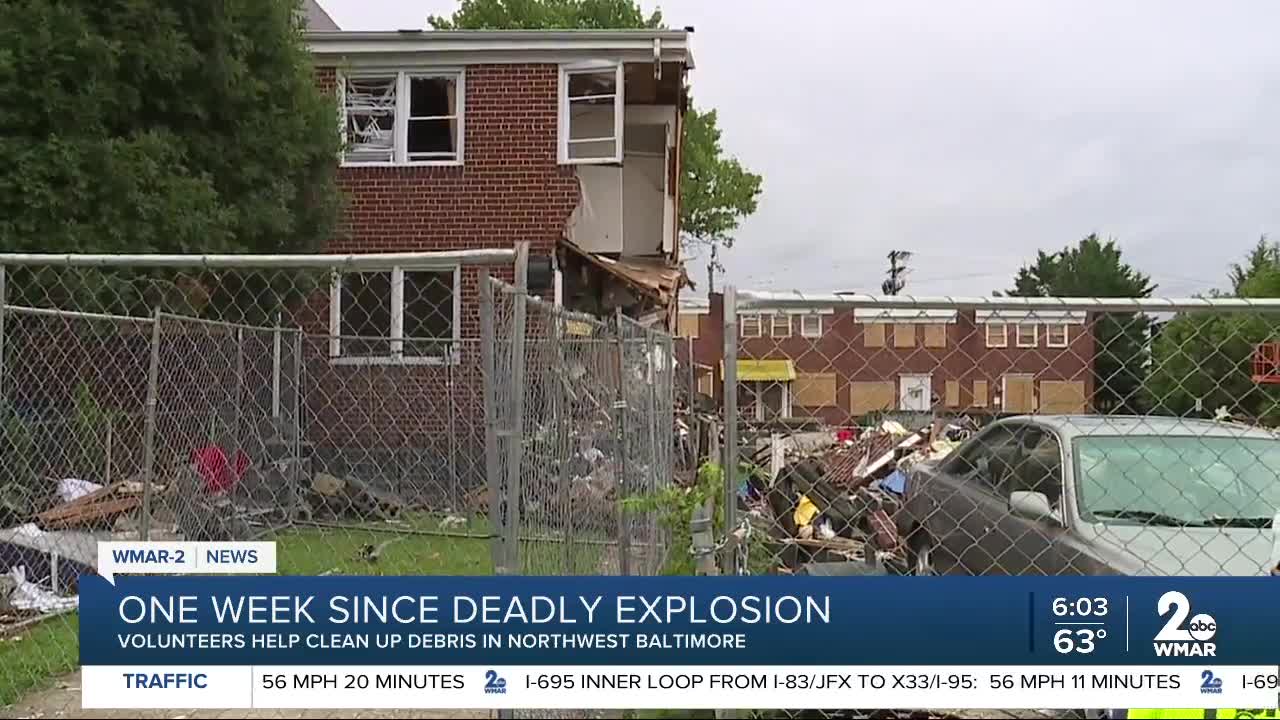 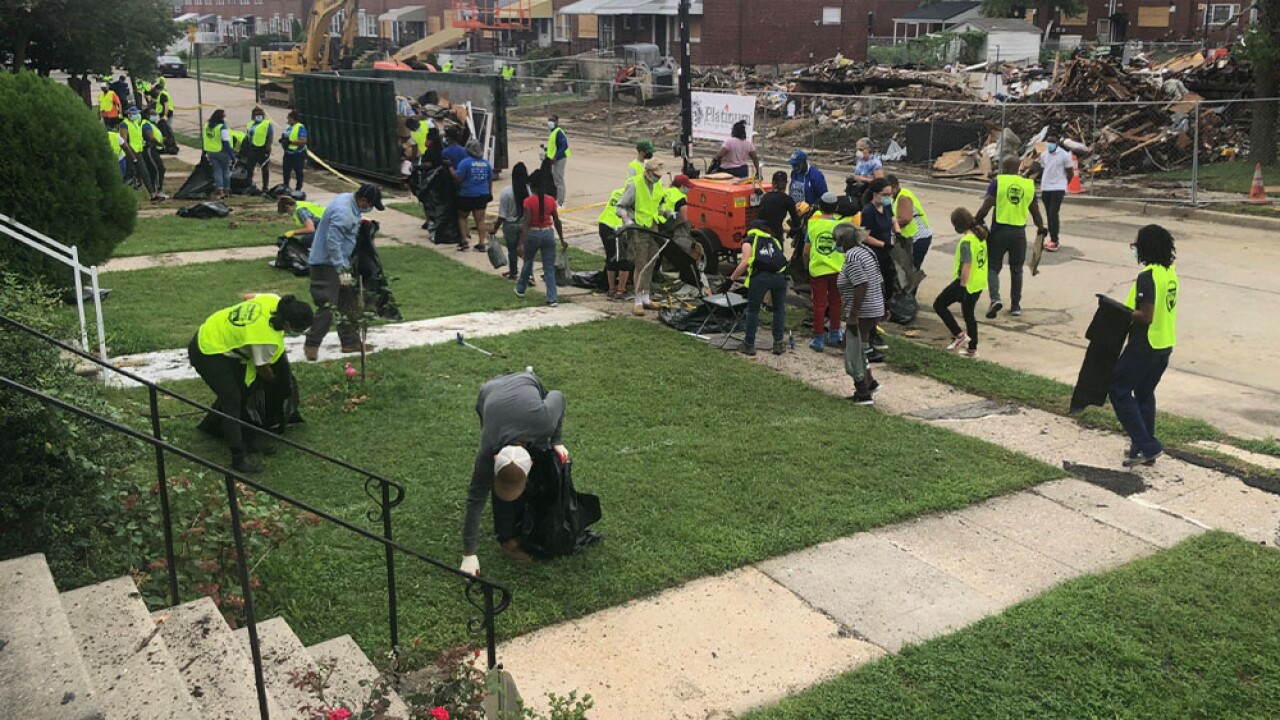 BALTIMORE — It’s been almost a week since a gas explosion destroyed three Northwest Baltimore rowhomes and killed two people. Sunday the community came together to help those impacted. Hundreds of volunteers cleaned up the debris strewn throughout the neighborhood.

"You don’t realize how much it means until you’re actually impacted and it's just a great feeling," said neighbor Tammy Bass.

City Councilman Yitzy Schleifer helped organized the cleanup in partnership with Suburban Orthodox. They provided lots of supplies, and volunteers walked around the neighborhood, cleaning up debris from the deadly gas explosion last Monday that killed two people, hospitalized 7 others, destroyed 3 homes and damaged many others.

Some of those homeowners were out Sunday, very grateful for all the help.

"It’s just the outpouring of support and kindness all over. It just lets us know that people are still human and they have compassion," said Arianne Burroughs, whose home was damaged by the explosion.

This clean up was just one of the many continued shows of support from the community.

"When we heard about what happened up at Labyrinth Road, we decided that a portion of or proceeds today would go to the Labyrinth Road victims because they are part of this community that we live and work in," said Barbara Fink, President of Hadassah Greater Baltimore.

"It’s just an overwhelming feeling that you don’t realize until you are the recipient of all the kindness and everything that everybody does; how there’s still so many wonderful people in the world and in our neighborhood. And we’re just so lucky to have that," said Bass.