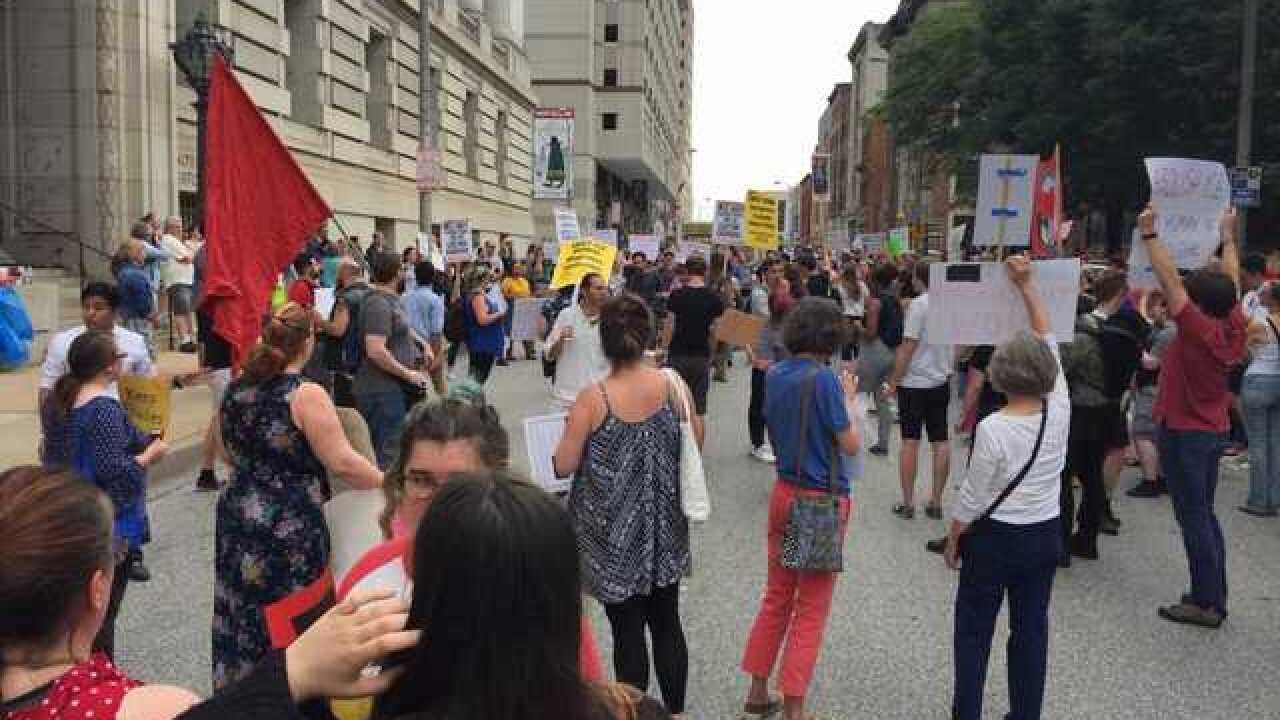 Copyright 2018 Scripps Media, Inc. All rights reserved. This material may not be published, broadcast, rewritten, or redistributed.
<p>Mike Seitz, WMAR</p>

"No hate, no fear, immigrants are welcome here."

It wasn't south of the border, but south on Gay Street that took center stage in downtown Baltimore Wednesday night.

A rally supporting all immigrants drew a crowd of hundreds.

"I see us going down the path of no return when I see us caging kids and teaching people that kids are not real people."

A melting pot of demonstrators shutting down South Gay Street at Lombard gathering in protest of the president's zero-tolerance policy that resulted in thousands of families being separated.

"We're parents, we're both immigrants, we are outraged and horrified about what's happening on the border, images, sounds of children being torn from their parents.  It's just heartbreaking and outrageous and it makes me ashamed of my country."

The rally organized days ago, came within hours of President Trump signing an executive order ending the separation of families at the border.

Protestors say while it's a step in the right direction, it's not enough.

"His claim to be fixing the policy so that kids and parents can stay together doesn't make it any better because they're just locking the kids up with their parents."

Carrying signs, and echoing familiar chants, the large turnout even shocked those who showed up.....but demonstrators say the movement must gain momentum to make a difference.

"People need to come out. Tears are not enough, tweets aren't enough, donations aren't enough.  We need bodies on the streets.  We need people coming out showing the world this is not what we're about."