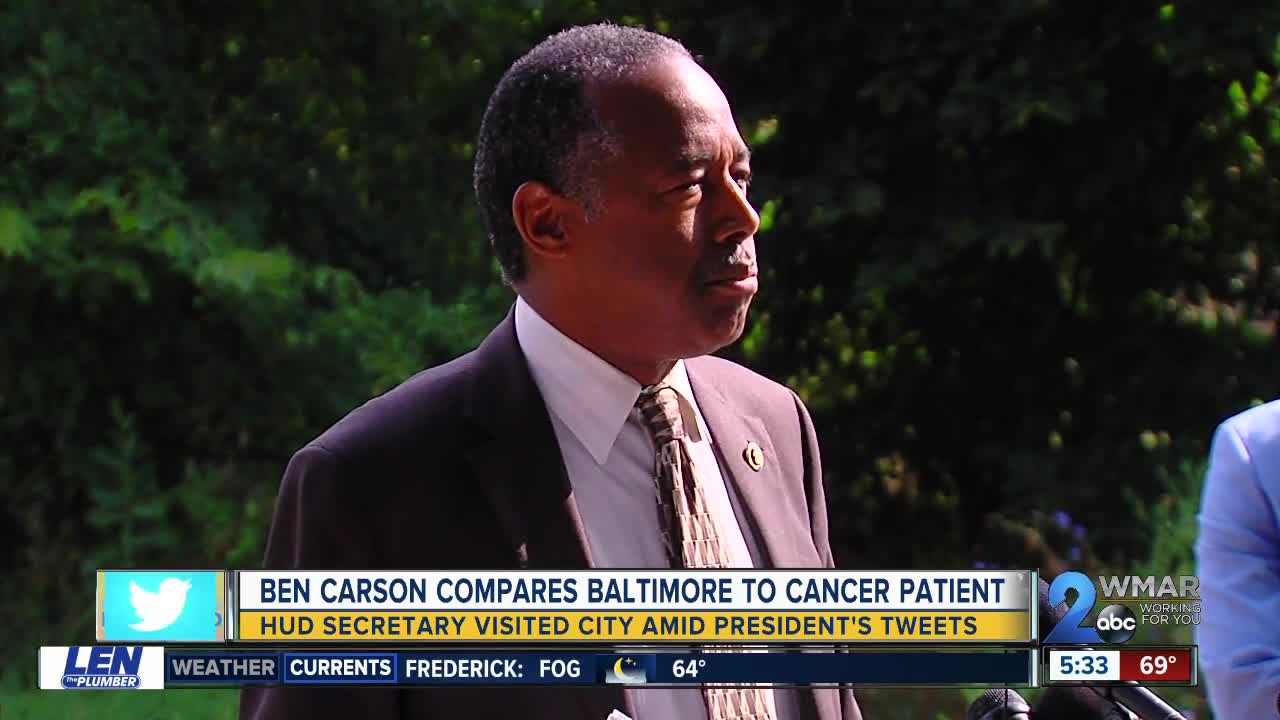 Carson spoke of the role HUD plays in cities, saying “my agency, HUD, has a long history here in Baltimore.” 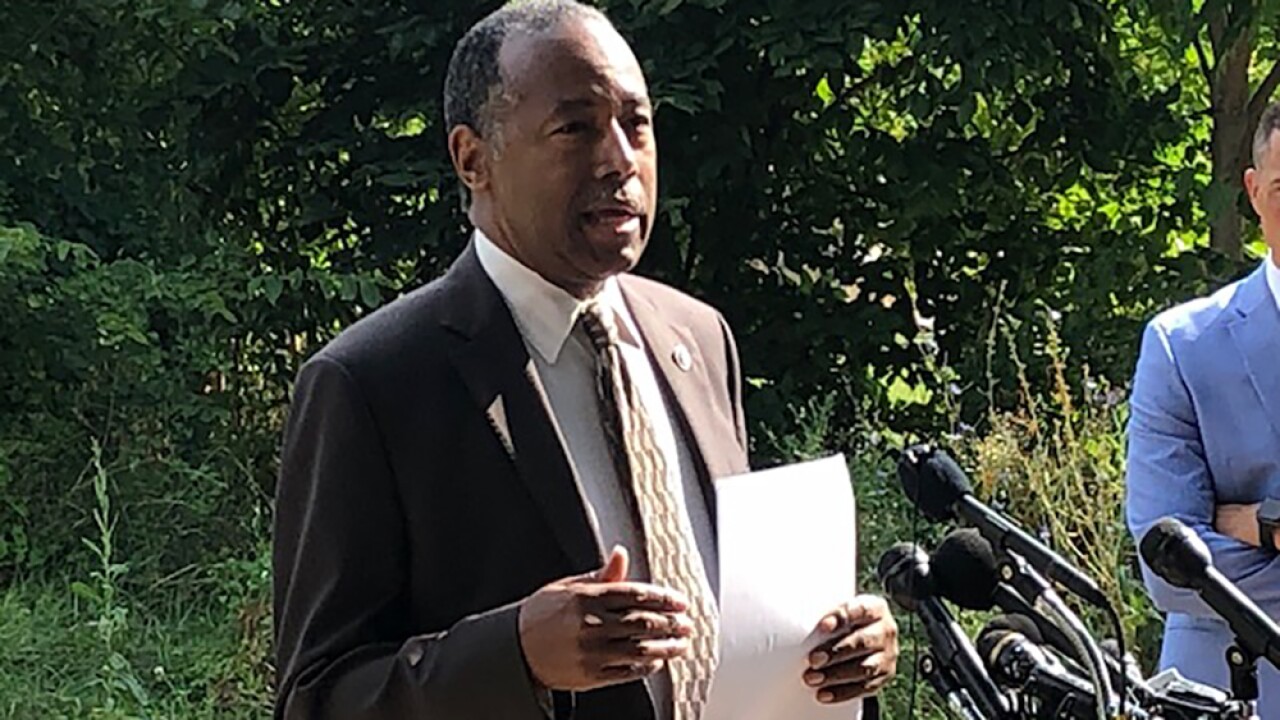 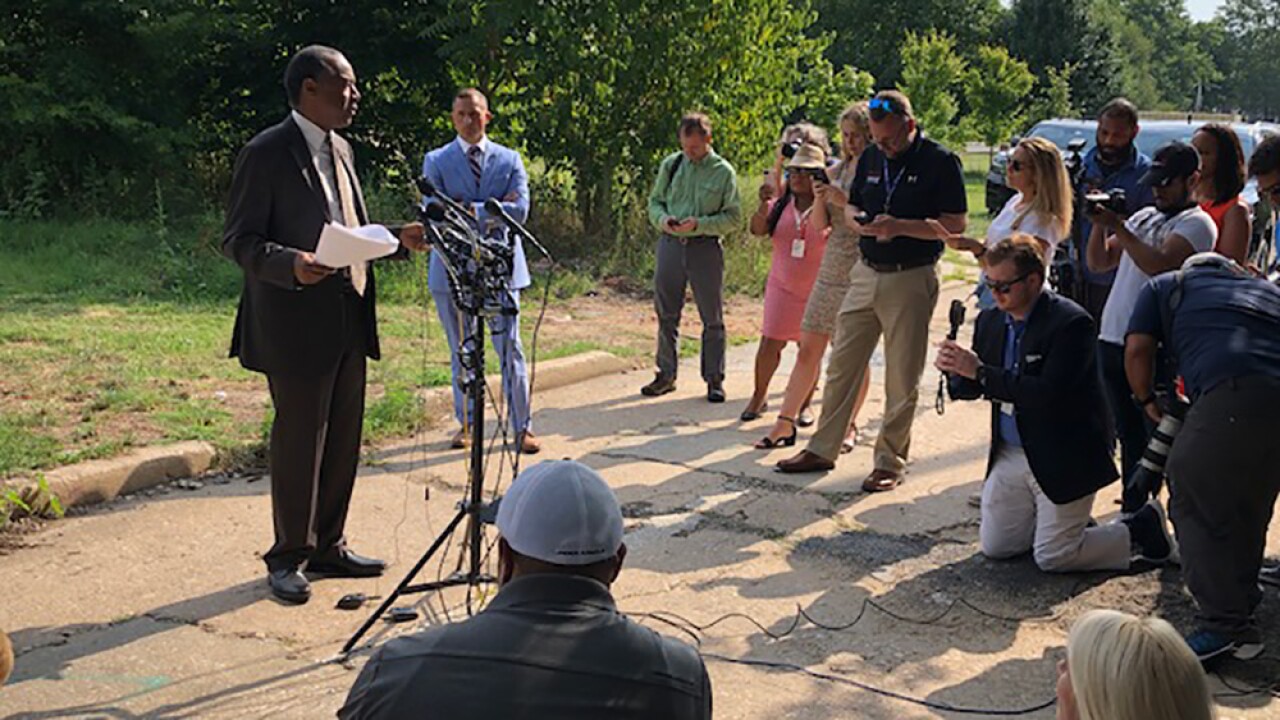 BALTIMORE — U.S. Department of Housing and Urban Development Secretary Ben Carson delivered at times rambling remarks to press in Baltimore today as the next chapter in the continually unfurling controversy following President Donald Trump Twitter attack of United States Representative Elijah Cummings and the district, Maryland’s Seventh, that he represents in Congress.

Trump went after Cummings, who serves as the Chair of the House Committee on Oversight and Reform, a body that is procuring documents and proceeding with investigations into Trump and members of his cabinet. Trump bashed Cummings on Twitter, saying he has failed his district, accusing the congressman of financial malfeasance while offering no proof or examples of such potential crimes, and saying “no human being would want to live” in Baltimore.

Cummings' district covers much of Baltimore, including areas that have struggled for generations with poverty, crime, neglect, and blight. But Maryland’s Seventh District also encompasses wealthy suburbs and rural stretches of Howard and Baltimore Counties. And even in Baltimore’s “rougher” communities, many people actively choose to remain, with some working diligently to improve their neighborhoods.

“There are good things in Baltimore; there are bad things in Baltimore,” Carson said early in his remarks. He drew on his 36 years in the city where he grew to national prominence as a renown pediatric neurosurgeon at Johns Hopkins. He talked of seeing transformational investment and development in the city under former Mayors William Donald Schaefer and Kurt Schmoke. He talked of the conflict he felt changing a child’s health through a surgical procedure, but then sending that child back into a potentially dangerous neighborhood.

“That was a problem for me, and it stayed on my mind a lot,” Carson said.

Carson also spoke of the role HUD plays in cities, saying “my agency, HUD, has a long history here in Baltimore.” He talked of projects like the Hollins House apartments, though that was a priority of the Obama administration. He talked about international cities like Tokyo, where Carson said there are no homeless people, and how we should work for that reality in Baltimore. (Of the many differences between the United States and Japan, Japanese are provided healthcare by the state if they do not have private insurance. Tokyo is also experiencing a housing shortage, like many major urban areas.)

He also said the administration has spent $16 billion in the past year in Baltimore, though he did not highlight specific projects or goals that the money contributed to. Carson made a veiled inference that more scrutiny of where that money may have gone was needed, though he did not outright claim financial wrongdoing occurred.

One particular policy program Carson touted was the creation of Opportunity Zones, areas that encourage tax benefits for those who invest directly in the allotted neighborhoods or in companies developing them. He said individual governors have jurisdiction to pick where they designate the zones. Carson used an example of the development of a St. Louis warehouse that he said spurred development in surrounding neighborhoods.

Carson said Trump is willing to work with anyone, including Elijah Cummings, to solve big problems. Carson said that after he dropped out of the 2016 Republican Presidential Primary, he endorsed Trump because of what Trump said he would do for poor people.

Cummings was not at the press conference. In a statement, he said he was informed by Carson of the event Tuesday evening and could not join due to scheduling commitments. Mayor Jack Young was also not there either. When asked during the Board of Estimates meeting about Carson's appearance in the city, Young said, “I had no idea that he was showing up, but I welcome him.”

Carson meandered between talking about his history, HUD, Baltimore, and Trump, to larger issues of rancor and discord in the national political climate. He used an immediate example of having his press conference moved, as it nearly started in a lot near a church, but the church told Carson’s staff they could not use the space, forcing the gathering gaggle of media members to reposition. While bemoaning the current acrimonious political dialogue, he did not address how Trump’s frequently attacking, polarizing, pugilistic style of politics contributes to that disharmony.

“We just have all this animosity all the time,” Carson said. “It’s important that we stop this madness. …. We have a job to do here.”