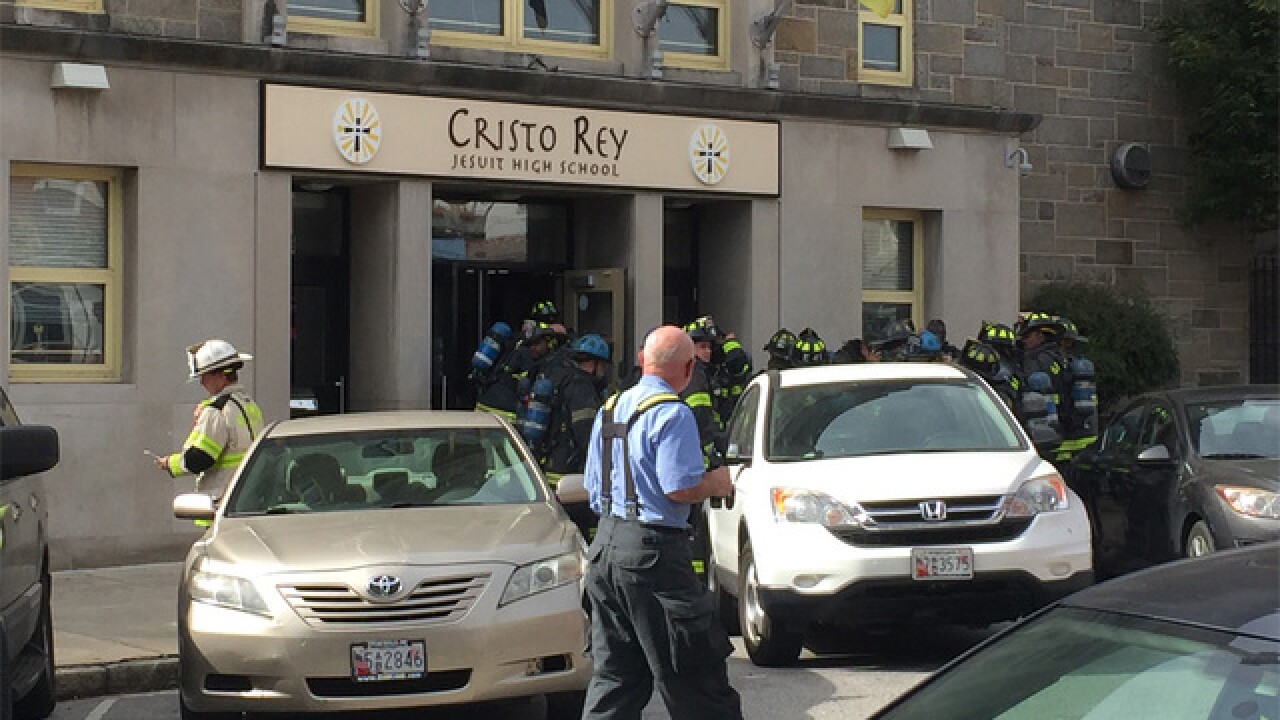 UPDATE: Chief Roman Clark, with the Baltimore City Fire Department, has confirmed the source was a pumpkin spice scented air freshener. No further explanation has been provided yet.

The Cristo Rey Jesuit High School at 420 S. Chester St in Baltimore was evacuated Thursday afternoon after a possible hazardous substance was found on the third floor. Students and staff were being evaluated outside.

The sweet scent that marks the season is now to blame for putting at least four out of school.

A pumpkin spice air freshener, the flavor and fragrance made up of cinnamon, nutmeg, ginger, and a little cloves forced teachers and students to evacuate the Cristo Rey Jesuit High School.

“They’ve taken a secondary reading which was negative. However, we have three adults and two children who have been transported [to the hospital]. One adult is unrelated to the incident here going on at the school. Two adults complained of being sick and two children complained of being sick as well,’ Chief Roman Clark, with Baltimore Fire Department, said.

He’s an allergist at the Allergy and Asthma Center in Towson and says the fragrance, while satisfying to some, is sickening to others.

“If you go into a room with strong-scented items, for example a store that sells perfume or soaps, and the scents hit you right away, people can react by having stuffy nose, sneezing, maybe watery eyes – something like that,” Nguyen said.

Without seeing the patients, Dr. Nguyen couldn’t confirm whether those sent to the hospital had an allergic reaction.

However after learning of the event, he says getting out of the impacted area was and always is the best response.

“…two: rinse your eyes and then you can wash your face or if you have a steroid/nasal spray or just a saline spray, you can help rinse the inside of your nose with that. That would be the first thing I would do,” Nguyen said.