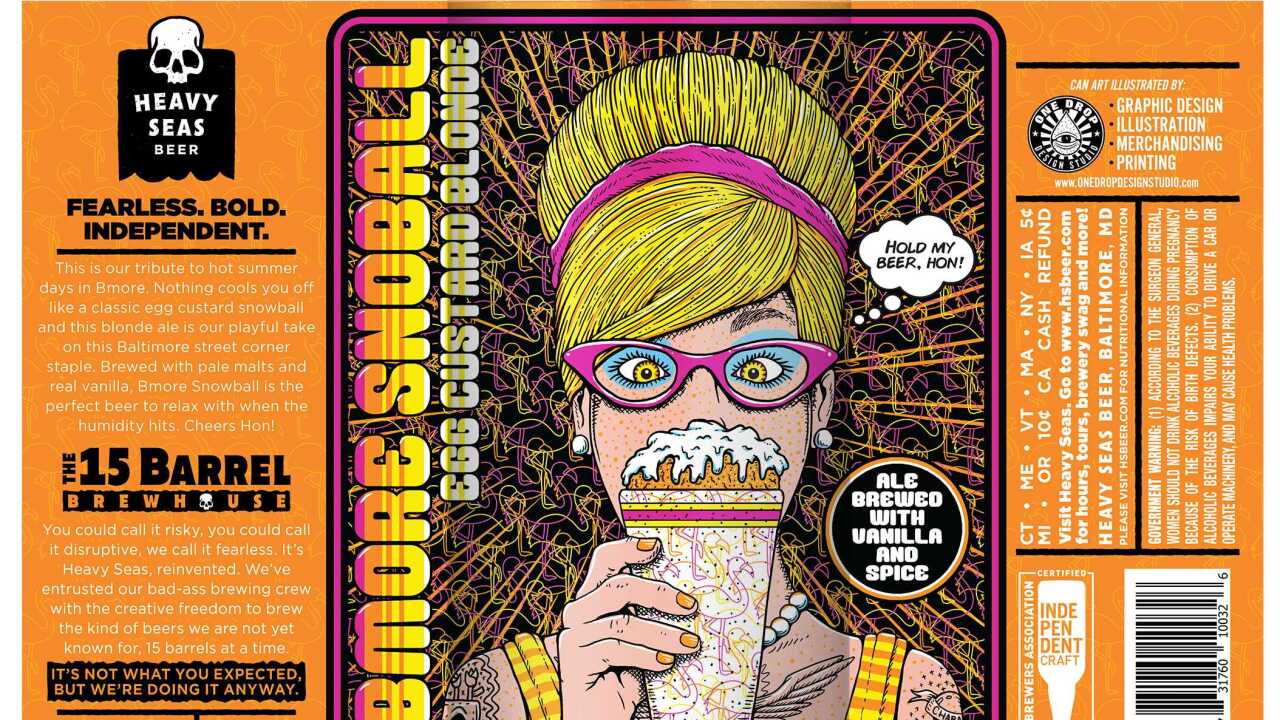 The new beer will be exclusively available in the Heavy Seas Taproom starting Friday, July 26 in 4 packs of 16oz cans and on draft.

The flavor is an Egg Custard Blonde Ale made in honor of Baltimore's original snowball flavor, the legendary Egg Custard.

"We used imported, nutty Maris Otter Pale malt as the base for this Blonde Ale inspired by the classic Baltimore summer treat," says Heavy Seas Brewmaster, Christopher Leonard. "A touch of Munich Malt provides a hint of bready character to go with a whisper of Strisselspalt hops. To replicate the Egg Custard Snoball flavor, we've added vanilla (LOTS of vanilla!) and just a touch of nutmeg and cinnamon. The result is a beer with a comforting aroma, a sweet dessert-like start and a surprisingly soft finish."

Egg Custard first made its debut in Baltimore during the Industrial Revolution and has since been a local favorite.