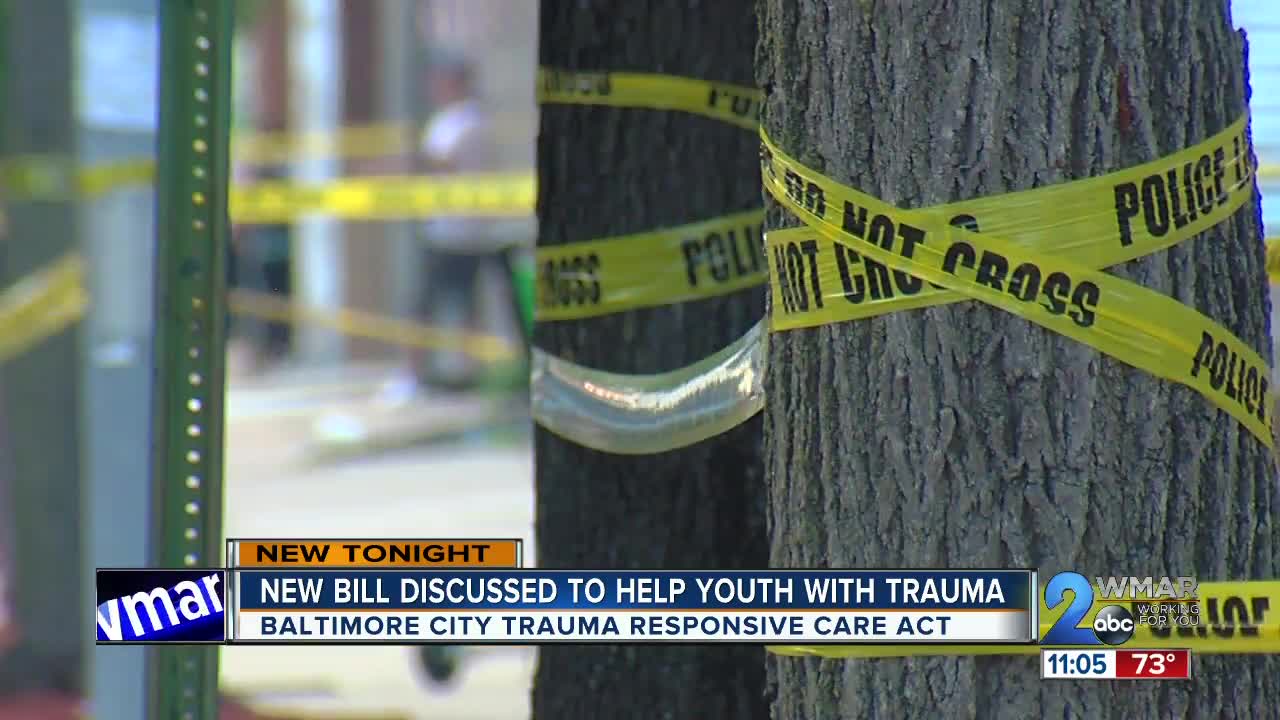 This bill was inspired by the powerful testimony of students after the February shooting at Frederick Douglass High School.

"Baltimore’s children are growing up in an epidemic of violence, yet our response has too often prioritized policing at the expense of prevention. 56 percent of our kids have experienced one or more major traumas. Left unaddressed, these will lead to worse health outcomes, and increased risk for violence, addiction and incarceration. The time to end the cycle of violence is now." said Councilmember Cohen.

The goal of the policy is to ensure that staff working in agencies who deliver services to youth and families become trauma-responsive.

“Since introducing the bill I’ve heard from youth, police, educators, nurses, librarians, firefighters and families across Baltimore about how trauma impacts their lives” said Councilmember Cohen. “We cannot afford to wait for another generation to grow up without officially acknowledging the role that trauma plays, and how our government has at times perpetuated it.”

The bill looks to achieve a long-term reduction in violence, property crime, suicide, suspension and agency staff burnout. Along with improved mental and emotional health, graduation rates and staff satisfaction.

“As a city, all of our agencies need to be better at supporting our children," said Baltimore City Councilman Zeke Cohen.

He said 56 percent of children in the city have experienced major trauma whether that’s gun violence, homelessness, a family member in jail, etc.

A senior at Frederick Douglass High School worked with Councilman Cohen on the bill said it's not about the past, "it's about the actions that move you to a better future."

"I worked closely with Mr. Cohen to try to help youth overcome obstacles that could potentially ruin their lives forever," said Damani Thomas. "I thought I didn’t have a voice and if one voice can speak up for all the kids then more kids will wanna speak for their problems and find solutions."

One woman, a representative from the Baltimore Police Department said Commissioner Michael Harrison asked her to attend this meeting to express the police department’s support for the bill. She expressed the importance of training for officers to help children with trauma.

The leader of a Recreation Center in Southeast Baltimore said he works with many families dealing with trauma who came here from other countries. He supports three main parts of the bill - mandated training for city employees, a trauma task force and policy changes to be more trauma based.

"When these kids walk in the door with all these burdens and baggage that they Carey from what happened at home or what happened in the community or what they saw last night across the street," he said. "They bring that with them everywhere we go."

He stressed how can people help a child with a situation they don't know how to handle themselves. That's why he stressed training is so important.

Another individual spoke about the importance of attacking the war on drugs, stating so many children are impacted by drugs because of a family members addiction. Before she spoke, two others talked about a loved one who was shot and killed in the city.