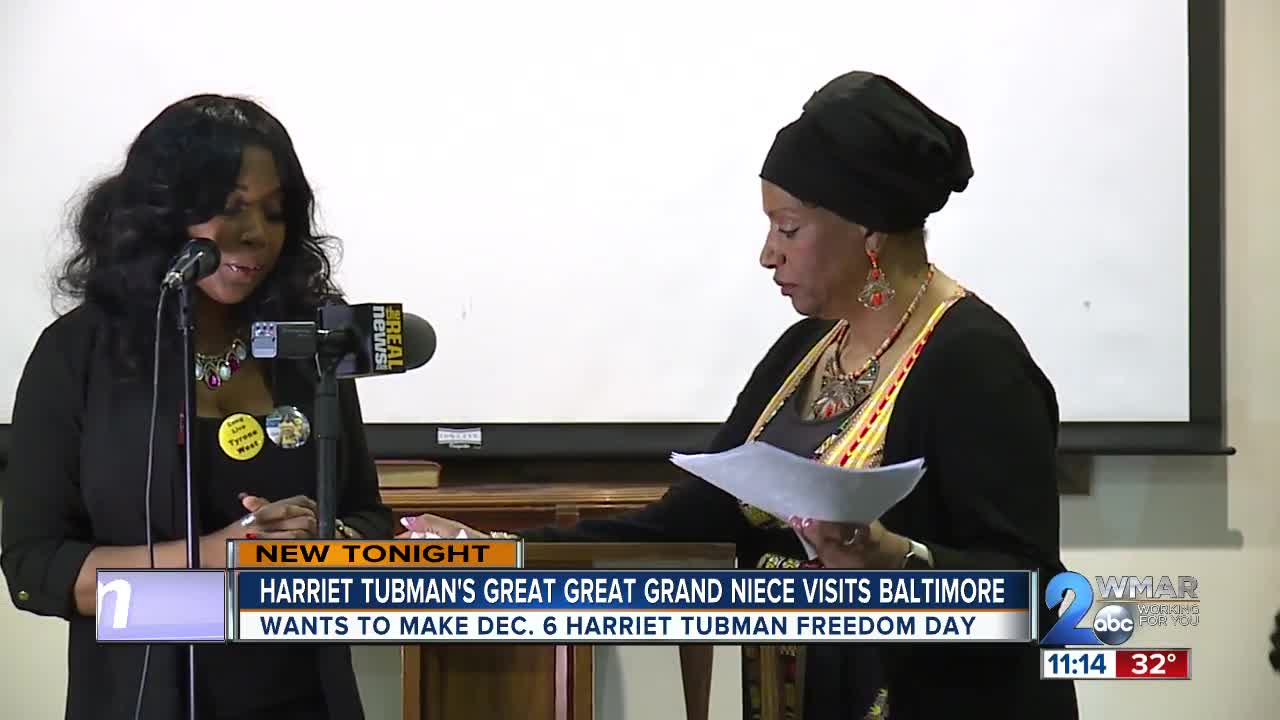 A descendant of legendary abolitionist and Maryland native Harriet Tubman was in Baltimore on Thursday.

BALTIMORE — A descendant of legendary abolitionist and Maryland native Harriet Tubman was in Baltimore on Thursday.

They started the Harriett Tubman Learning Center in honor of her in Atlanta and are looking to expand to Baltimore.

“Make sure that we recognize Harriet Tubman freedom day annually," Daniels said. "This is the first annual event. We have talked about recognizing and trying to make that a national holiday because it was not just freedom for us it was freedom for all.”

The Harriet Tubman Learning Foundation is a non profit seeking donations to expand their reach.