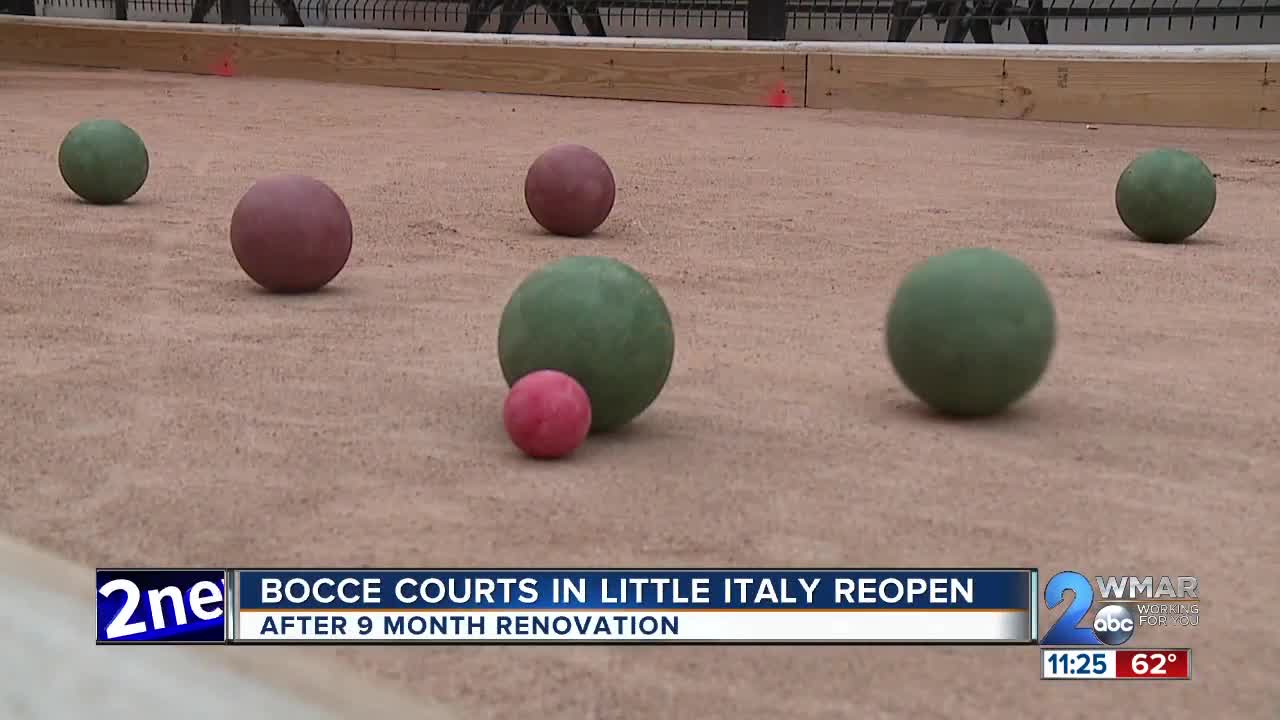 The courts were old and falling apart but after a nine month renovation, players have brand new courts, lighting, benches, shade and more.

The Bocce courts were built in 1993 and over the years, the Little Italy Bocce League went from six teams to 32.

"I want to put a bocce court in every neighborhood because i think this would help our kids...I really really do because i think kids need competitiveness and this is such a competitive sport," said Gia Blatterman from the Little Italy Bocce League.

Baltimore City Recreation and Parks are creating a five year plan to bring more resources to the neighborhoods.

They will be hosting a town hall on Wednesday at 6 p.m. at the Fred B Leidig Rec Center in Southwest Baltimore.