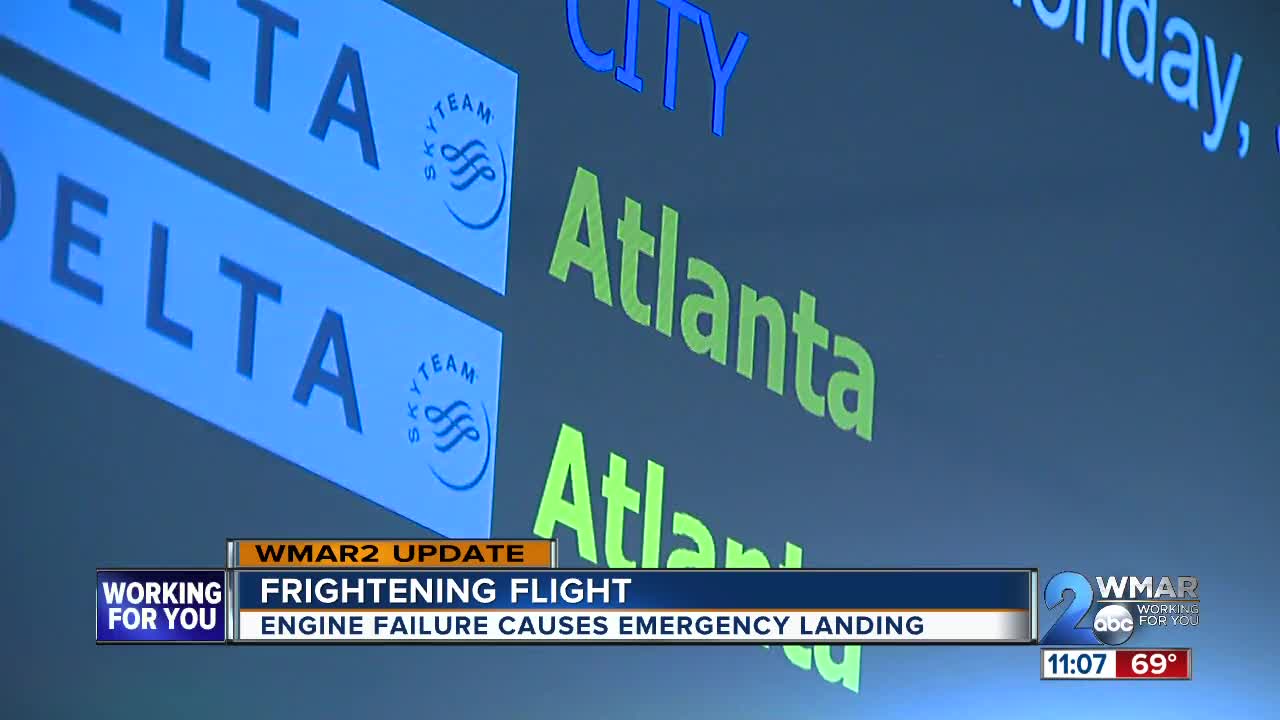 Monday night more than 150 people are going to sleep after one of the scariest days of their lives.

BALTIMORE — Monday night more than 150 people are going to sleep after one of the scariest days of their lives.

A Delta plane engine blew out on a flight from Atlanta into Baltimore.

About an hour into take-off passengers like Jose Bahamonde-Gonzalez felt it.

“The Captain came on the loud speaker and said that we had lost an engine and that they were making preparations to have an emergency landing.”

Avery Porch was sitting next to her boyfriend Tyler Kreuger in the emergency seat.

“After we heard the boom we just saw all this smoke come up into the cabin, and that’s when we really started freaking out,” said Porch. “It started slowing down a bit the air cut off.”

People were frantic--preparing to open the door at a moment's notice to try and escape.

“I was about to the first person to jump off and I was like, 'oh my gosh,'” Porch said. “This is a 30-something pound door. I’m going to have to throw it in the seat and jump off and actually help people out.”

The pilot was able to make an emergency landing in Raleigh, saving all their lives.

“I had a weird, eerie sense of calm over me, like I almost knew that they were going to take care of it, and they did,” Porch said. “I don’t think I’d be timid getting on a plane again being reassured that they handled it the way they did.”

Delta released a statement apologizing for the inconvenience and passengers said they were given a $30 food voucher while they waited to leave Raleigh.

“Delta needs to retire those MD-80’s, they are too old,” said Bahamonde-Gonzalez.

The flight was originally supposed to land in Baltimore around 2 p.m., but the people didn’t end up getting there until around 8:30 p.m.