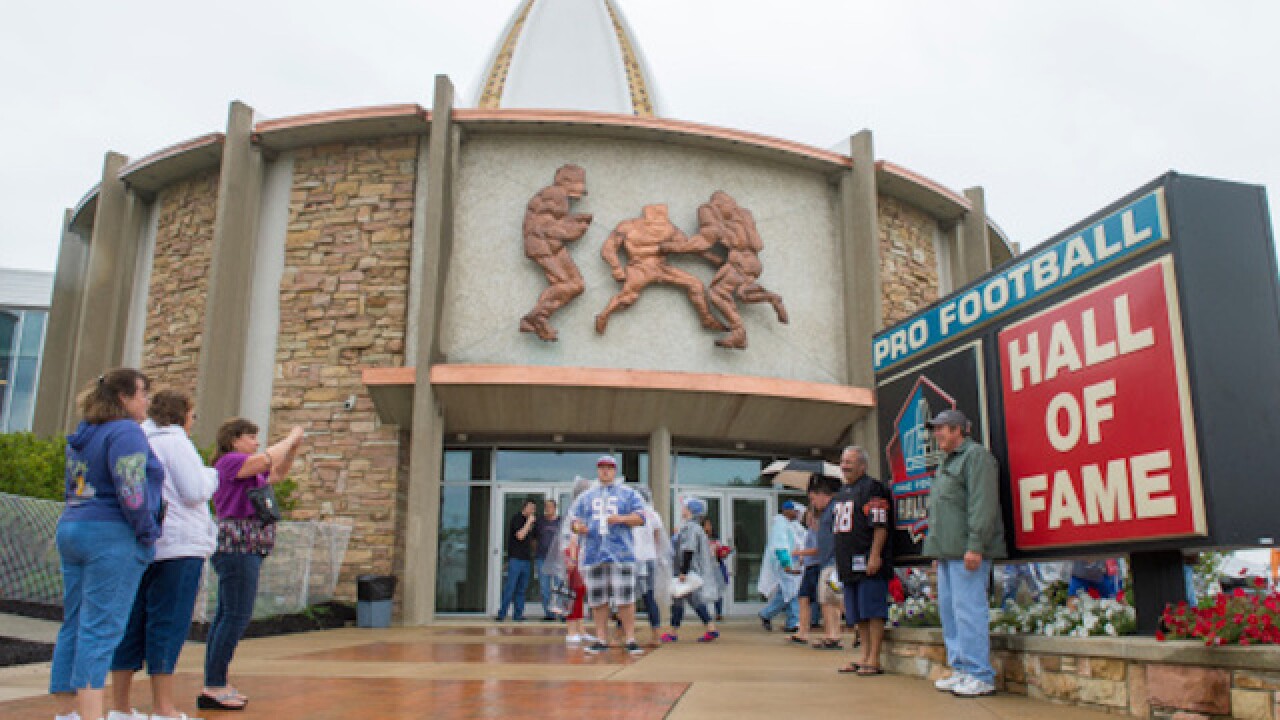 Jason Miller
<p>CANTON, OH - AUGUST 2: Fans take a photo outside the Hall of Fame prior to the NFL Class of 2014 Pro Football Hall of Fame Enshrinement Ceremony at Fawcett Stadium on August 2, 2014 in Canton, Ohio. (Photo by Jason Miller/Getty Images) </p>

CANTON, Oh. (WMAR) — A Baltimore native has been elected into the Pro Football Hall of Fame while another Baltimore legend just missed the cut.

George B. Young was one of 15 2020 Centennial Slate inductees selected by a 25 member Blue-Ribbon Panel of NFL coaches, players, and writers.

He was one of only three historical contributors selected out of a list of 10 candidates.

Born in 1930 in Baltimore, Young attended Calvert Hall High School, and then spent part of his college years at Johns Hopkins and Loyola.

Later he went onto coach the Calvert Hall football team before taking a job as head football coach at Baltimore City College.

From there Young would spend six seasons with the Baltimore Colts serving in multiple roles including scout, offensive line coach, director of player personnel, and offensive coordinator.

He later became five time NFL Executive of the Year, serving as general manager of the New York Giants from 1979 to 1997, leading them to two Super Bowl victories.

Young died in 2001 at the age of 71 in Baltimore. He's also a member of the Calvert Hall and City College Sports Hall of Fame.

One of the seven historical contributor candidates to miss the cut was original Ravens owner Art Modell, who brought the team over from Cleveland in 1995.

Modell was credited with leading the effort to bring the NFL to television and was last a finalist for the hall of fame in 2013, a year before he passed away at age 87.