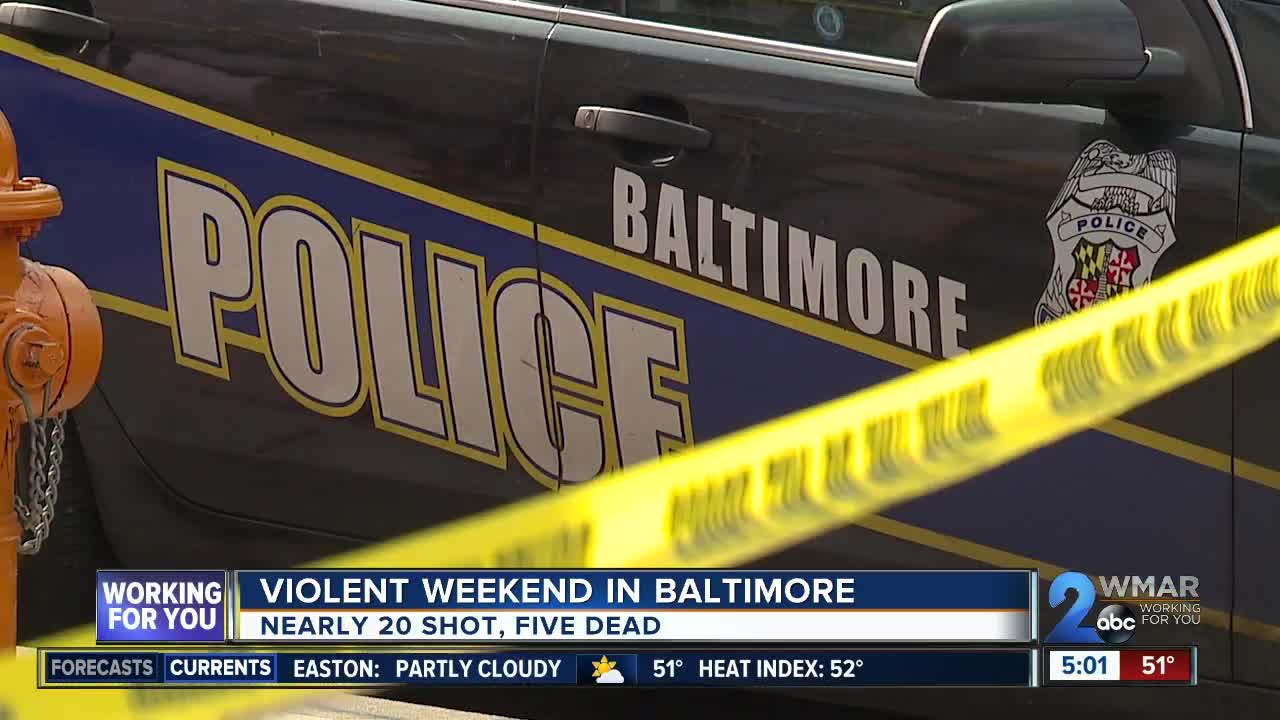 Five people were killed and seven others were hurt in eight separate shootings throughout Baltimore on Saturday. 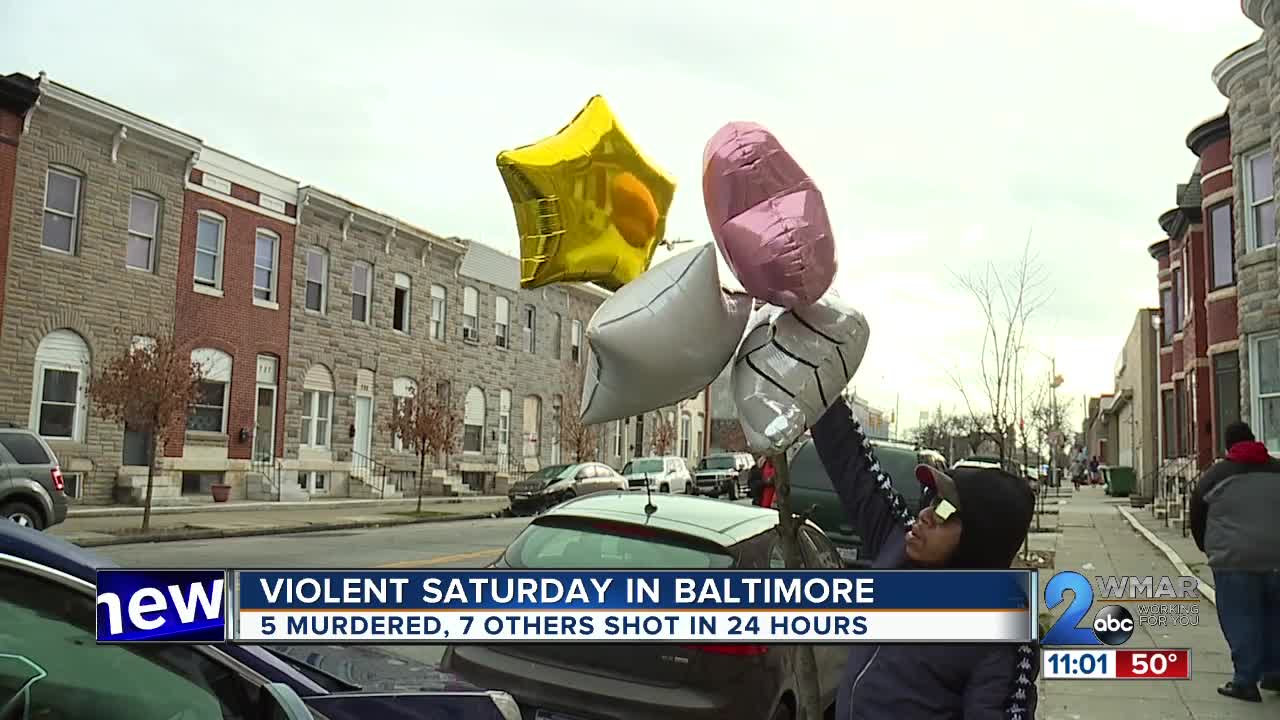 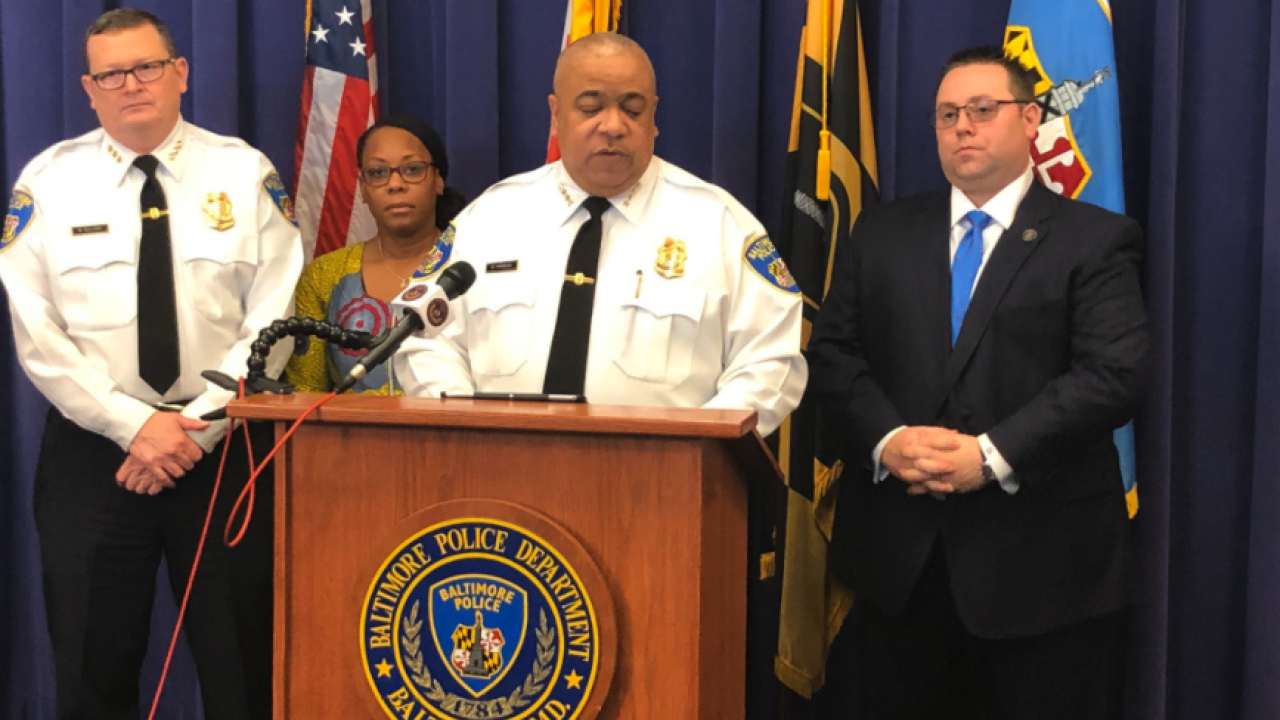 BALTIMORE — Five people were killed and seven others were hurt in eight separate shootings throughout Baltimore on Saturday.

The first happened around 2:31a.m, when police were called to the 700 block of North Patterson Park Avenue.

On scene officers found a sedan with three women all suffering from gunshot wounds. The victims, ages 23, 27, and 28 were transported to area hospitals for treatment.

The 28-year-old, identified as Tyrenka Dorsey died at the hospital.

On Sunday Baltimore Police Commissioner Michael Harrison said the victims may have been involved in an argument inside a night club prior to the incident.

Detectives believe the three were inside their car stopped at a red light when another car approached and began firing at them.

According to Harrison, a person of interest has been identified in the case and is currently wanted for questioning.

A few hours later, just after 7:00 a.m., a shooting was investigated in the 6300 block of Boston Street.

After arriving, officers found a 46 year-old man who had been shot in the leg. A short time later, a second shooting victim, a 40-year-old man walked into a hospital seeking treatment for a gunshot wound to the leg.

As the afternoon began, a little after 2:30 p.m, another shooting happened in the 1400 block of Broening Highway. An unidentified man was found lying in the street suffering from gunshot wounds.

He was later pronounced dead. Police haven't released his name.

Police say they've also identified a person of interest in that case, and are seeking to find and question them.

Then at about 6:58 p.m. officers responded to the 200 block of North Lakewood Avenue for a shooting. They found a 38-year-old man suffering from gunshot wounds.

The victim was transported to a local hospital for treatment.

Later in the night, at 8 p.m., officers were dispatched to the 200 block of North Hilton Street to investigate a shooting. When officers arrived at the location, they found that two shooting victims left the location prior to police arrival.

Moments later, officers were dispatched to Saint Agnes Hospital for two shooting victims that had been dropped off by a citizen.

One of the victims, 21-year-old Samuel Green succumbed to his injuries while the second victim, a 26-year-old man sustained non-life threatening injuries.

Detectives think both victims were standing outside a corner grocery store on N. Kossuth Street, when the suspects came out from an alley and shot at them. Currently there are no motives or suspects in the case.

Less than 20 minutes later, officers were dispatched to the 3400 block of Cliftmont Avenue. They found 42-year-old Terrell Daniel suffering from gunshot wounds inside a crashed Mercedes riddled with bullets. He was taken to the hospital and pronounced dead.

Investigators aren't sure yet where the shooting actually took place or the motive.

A couple hours later, at a little before 11 p.m., patrol officers were called to the 1800 block of Bloomingdale Road to investigate another reported shooting. When they arrived, they found 24-year-old Carter Strickland suffering from multiple gunshot wounds.

Shortly after arriving to the University of Maryland Shock Trauma, the victim was pronounced dead by hospital personnel.

Just before 7 p.m., a third shooting victim walked into an area hospital. There's no word on their condition.

No arrests or charges have been filed in any of the cases.

At this point detectives don't believe any of the incidents are connected.

Investigators are reviewing surveillance footage from at least one of the crime scenes Harrison said.