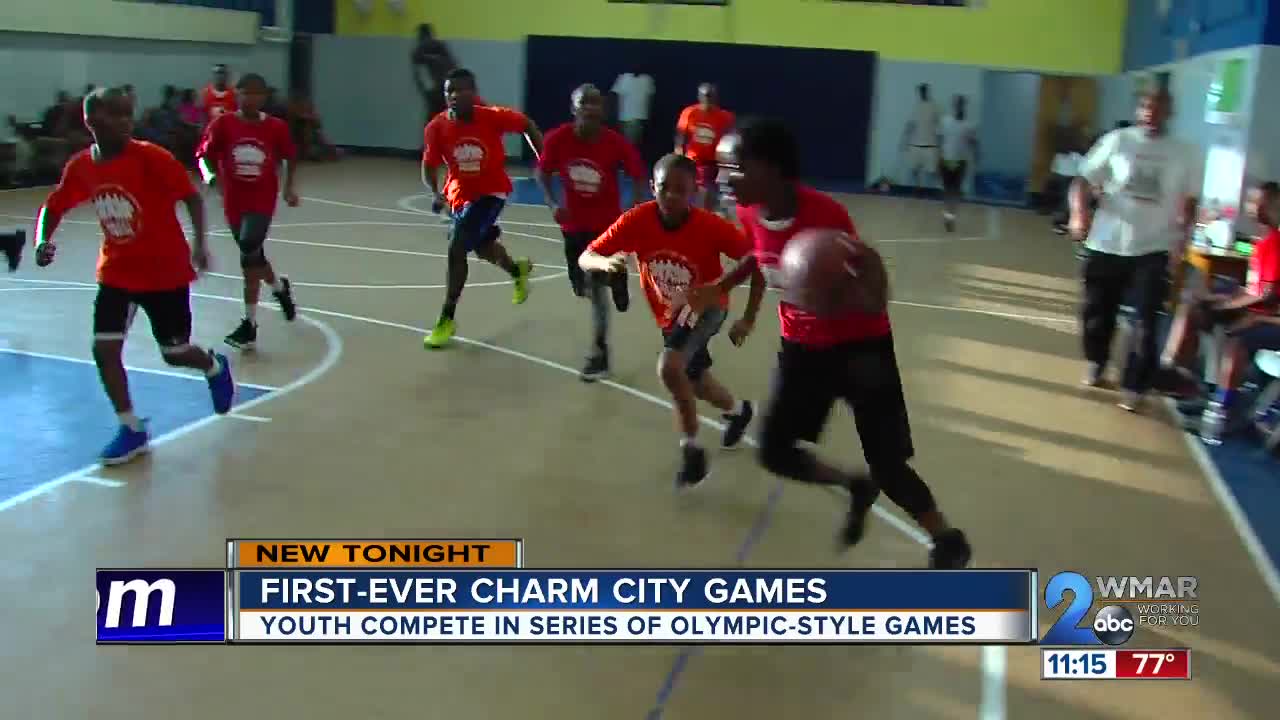 They're used to the sounds of basketball coming out of the Bentalou Rec Center in the heat of the summer.

BALTIMORE — They're used to the sounds of basketball coming out of the Bentalou Rec Center in the heat of the summer.

It's camp time, but this year, there's a lot on the line for the kids playing in Paul Franklin's Project Survival summer basketball league.

"We get a chance to represent District 9 and show the talent that we have here in West Baltimore," said Franklin.

All of the city's 14 districts are competing in Baltimore's first ever Charm City Games. Middle school kids are the target age group for the event, in addition to hoops, there will be tennis, track and soccer matches.

"It allows those district to get together, inter-mingle, meet each other and understand the challenges that all of them have and how to work together to be able to showcase their youth," said Rashaan Brave, Charm City Games Chairman.

Brave says he wants to make the games an annual event, something that people can look forward to watching and taking part in.

Not only are the kids excited to be a part of this, but parents are too. One parent, Kevin Bennett, said it's great to know that his children are in a safe place.

"I worked in Recs and Parks for 15 years," Bennett said. "I was down here, I grew up here, and it's a positive place where you know where your children are. They're safe in a safe environment and a good environment."

Franklin said it warms his heart to see these families together.

"We have entire families that come into the gym, and the thing that warms my heart is in the evening when I watch a mom and dad and their children walk away from the recreation center and go home because everybody knows where everyone is," Franklin said.

The tournament kicks off on Monday, but the Charm City Games are already scoring big in this West Baltimore neighborhood.