BALTIMORE — You could see the huge cloud of smoke rising from the fire in the three-story house on Walbrook Avenue from a mile away, but Maurice Lee was at work just around the corner when he spotted it, and in a matter of seconds, he learned it was his home, the place where he rents a room, going up in flames.

"I looked over and saw smoke and said, 'Please don't let that be my house,'” said Lee, “I was running and running and I saw the smoke billowing. I looked and I saw my room and fire coming out and I fell out crying right there because I couldn't help it. It was sad."

Gailya Brown grew up in the house and rushed to the scene to aid her sister and brother who still live in the family home.

"She was in her room and one of the tenants on the third floor came and knocked on my brother's door on the second floor, because he was on the third floor,” said Brown, “and they went down and got my sister and they came out and that's when they saw me."

Fortunately, all three of those people had made it out when firefighters arrived, and gusting winds spread the flames throughout the structure.

"Initially, when we arrived on the scene, we were performing interior operations, but as firefighters began to make aggressive interior attacks and breaking the windows, fire just started blowing all over the place making it unsafe conditions for our firefighters," said Blair Skinner of the Baltimore City Fire Department.

That meant backing off and fighting the fire from the outside, as the home and its contents burned.

"Everything I had was in there,” added Lee, “It's all gone."

Their home, their possessions and no insurance to make them whole again. 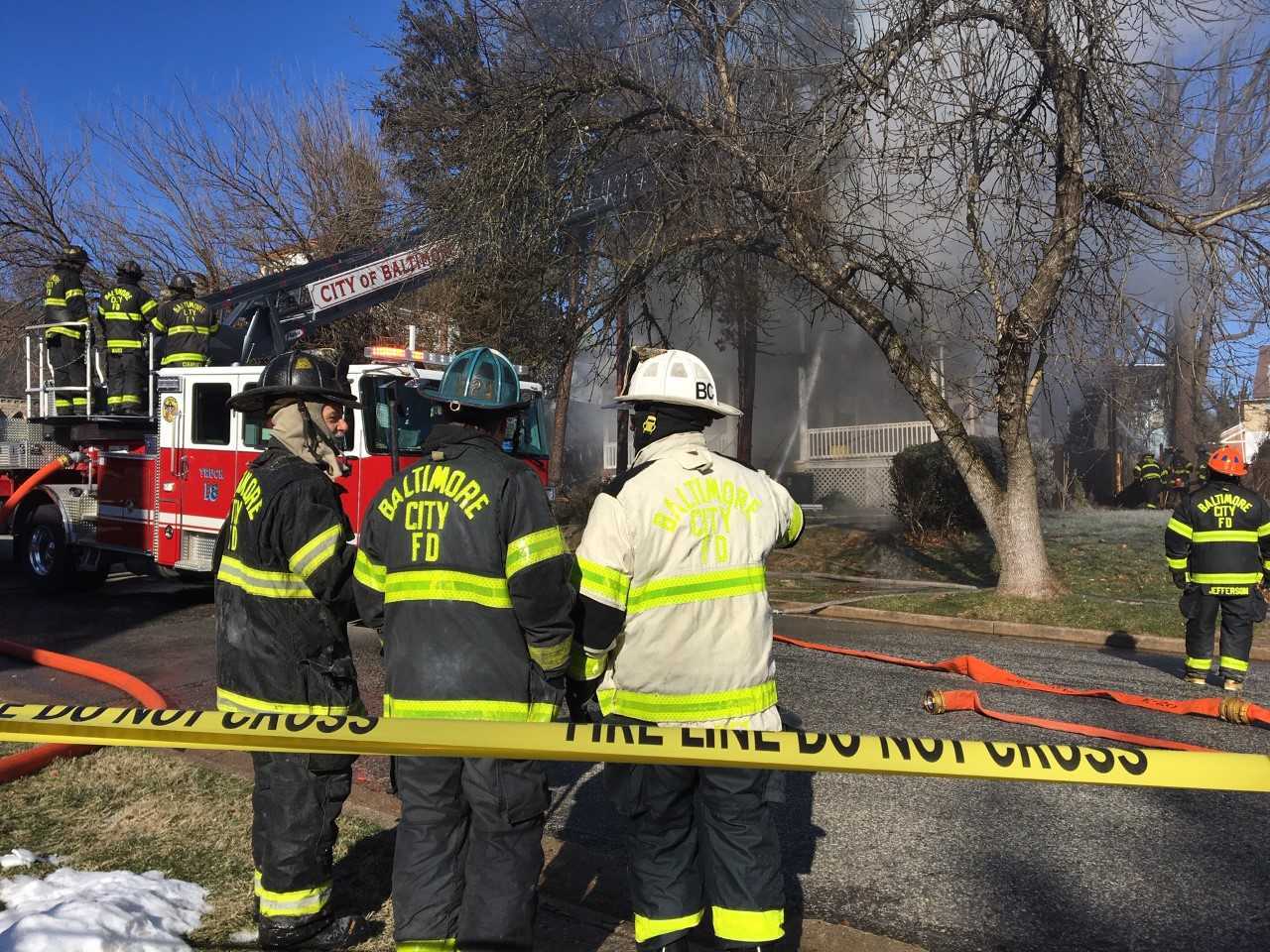