Several houses are damaged after a fire ripped through a Baltimore block Tuesday afternoon.

Click below to see more pictures of the fire: 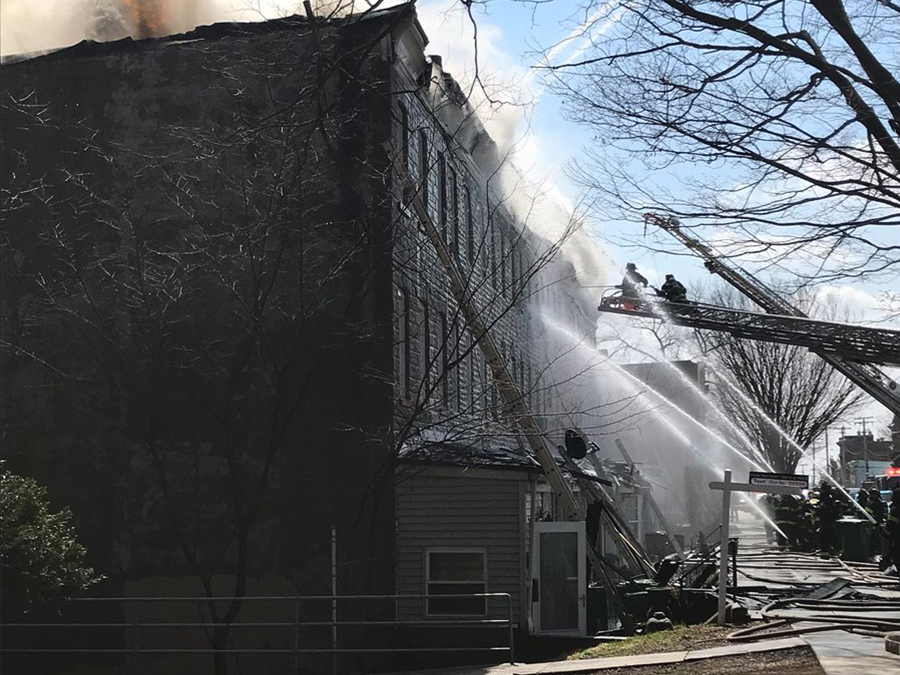 Baltimore Fire officials say the two-alarm fire started in the 3900 block of Roland Avenue. The blaze started before noon, reports WMAR's Cassie Carlisle. About a dozen homes are affected, with 72 firefighters present. Several people were rescued, but no reported deaths.

Terrible row home fire in #Hampden, started about a half hour ago according to neighbors, smoke can be seen for miles. @ABC2NEWS #breaking pic.twitter.com/SqqBgddvrT

No other information about injuries or the extent of the damage has been released at this time.