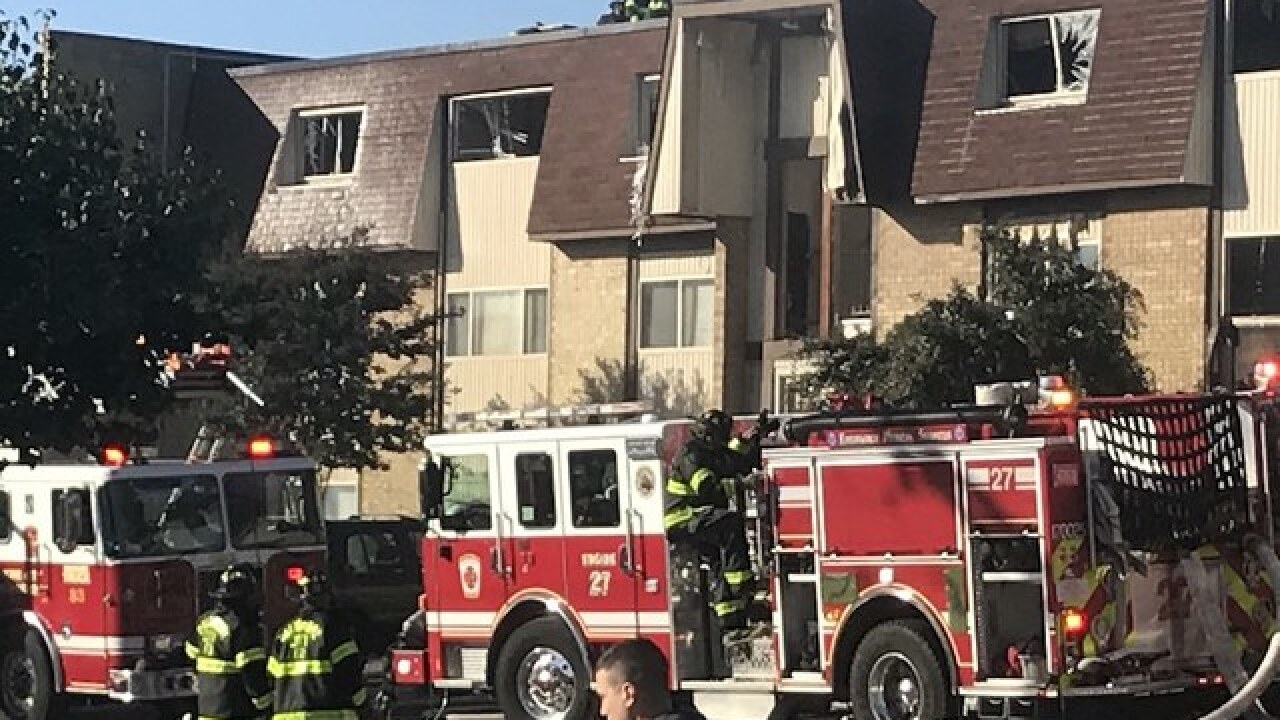 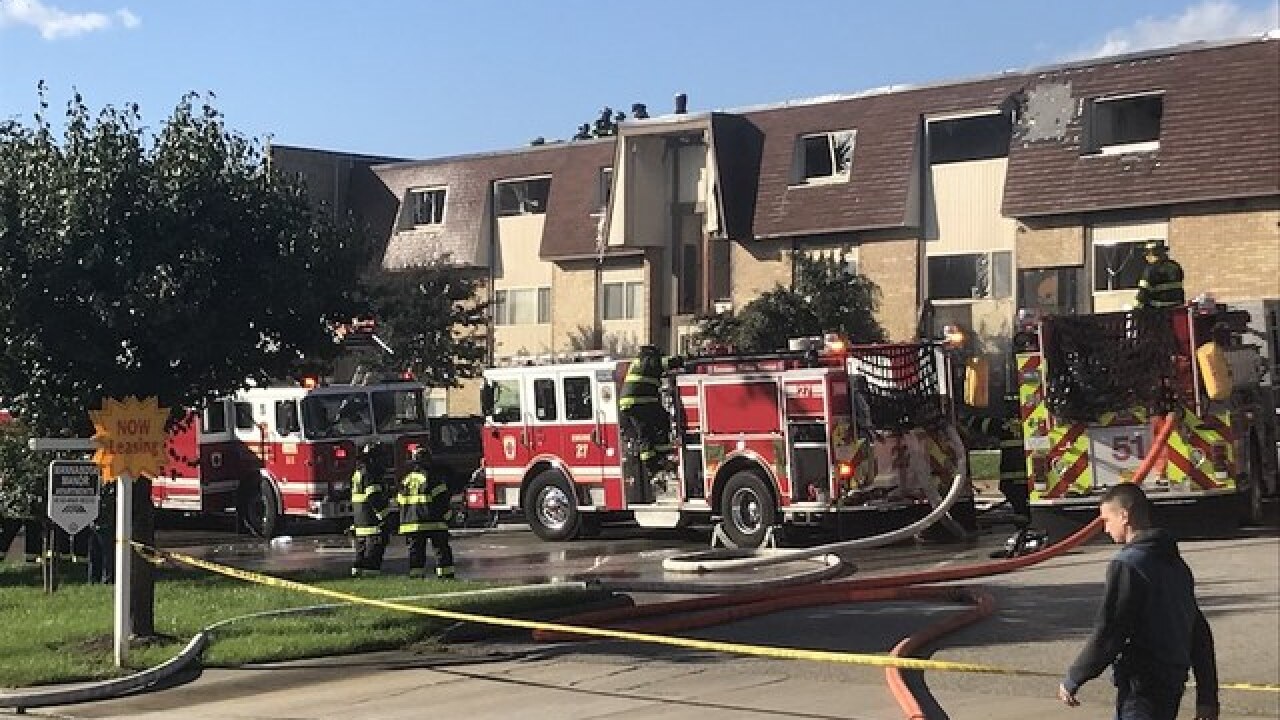 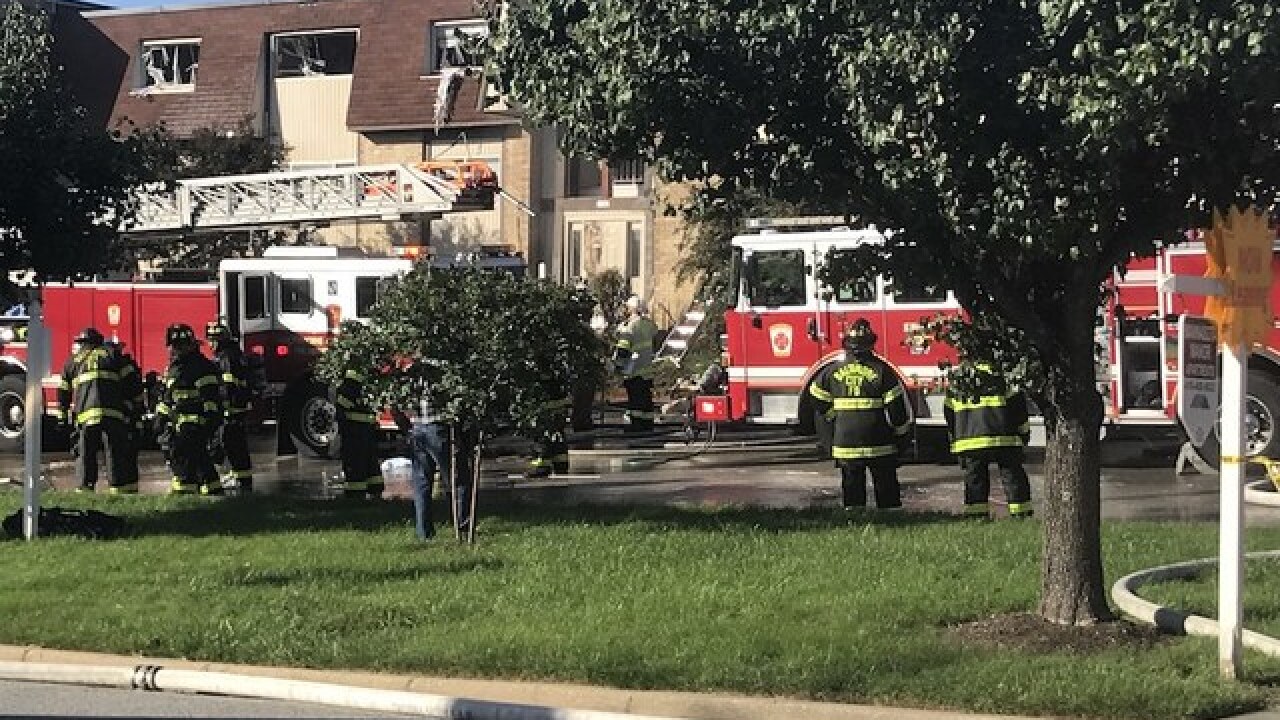 A gas explosion caused a fire at a Northeast Baltimore apartment complex, sending firefighters and civilians to the hospital with injuries, Baltimore fire officials said.

For over eight hours flames spewed out of an apartment complex on Bowleys Lane in East Baltimore, a gas explosion in the basement injured seven firefighters and two people who live inside.

For hours a gas line spit fire into the apartment as BGE worked to cut it off by digging a hole in the street. For Don Nidiffer, the nightmare started with heavy smoke, and neighbors banging on her door hollering, "fire, fire get out.”

There was so much smoke in the hallway she said they couldn’t catch their breath, but they were able to escape and make it across the street.

“All of a sudden BOOM, it was a gas explosion fire everywhere and they're [firefighers] still trying to get the fire out,” Nidiffer said.

Tavon Shields, another resident of the building, watched from the adjacent building in shock at the hectic scene unfolding as he escaped the smoke that started coming into his home.

“It was like a whole bunch of them coming out the roof and people jumping,” Shields said.

Two civilians and 7 firefighters were sent to the hospital. Officials say once the firefighters entered the building it exploded, causing two of them to fall through to the basement floor and injuring five others.

Six of the seven firefighters were sent to Johns Hopkins Bayview Burn Center with first and second-degree burns along with both civilians. The last female firefighter was taken to Shock Trauma and is now conscious and doing much better.

Mayor Catherine Pugh visited the victims at the hospital and said she was really grateful that they are doing okay and that things could have been much worse.

The Red Cross says they are helping around 27 people who can’t go home by finding them a place to stay and taking care of their basic needs.

“As I walked across the property I did see individuals obviously who were just arriving home didn’t know what was going on were very concerned,” said Richard McIntre a Red Cross spokesperson. “I ran into a woman who knows that her sister was impacted by this and she can’t locate her sister. That’s something else the Red Cross can do we can help reunify folks.”