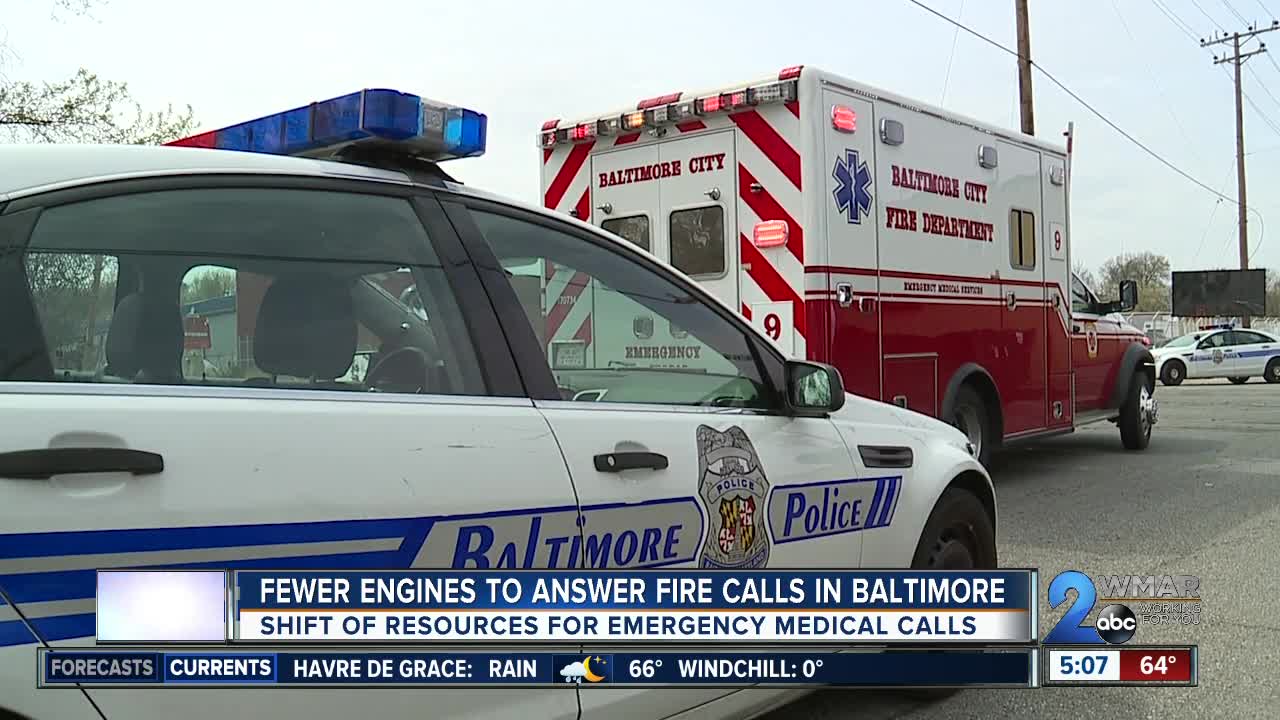 BALTIMORE — Reports of fires, car crashes and overdoses all competing for a response.

Right now in Baltimore, fire engines and ambulances share the duty, but as emergency medical calls have grown exponentially in recent years, Chief Niles Ford says it's time to cut back on the number of fire trucks responding to fires.

"He didn't want to send multiple fire trucks out to one incident that probably only needs one truck,” said Baltimore Mayor Jack Young. “I support that."

Amidst cries from the local fire fighters union that such a policy could put both firefighters and the public at large at risk, the city's top firefighter says he's having to shuffle his resources to use them most effectively.

"This is not the first set of changes that are going to be made,” said Ford. “There are going to be several other changes made throughout the organization, and I hate to say it, but generally speaking, I think this is probably a smaller step than some of the steps that are getting ready to come up."

The department had already drawn the ire of union leaders earlier this year when it temporarily shut down some engines to answer medical calls.

Niles says his new plan, which takes effect September 1, brings things back to the way things were done in the city 15 years ago when those arriving first on fire scenes could always call for reinforcements.

"When they get on the scene and they realize that they need additional resources at any time, they can call as much as they feel like they need in order to safely and effectively mitigate those circumstances,” Ford said. “So what I'm doing is I have a great amount of trust in the leadership."

Union leaders say under the new policy, 17 personnel will be dispatched to a fire instead of the 30 who respond today.