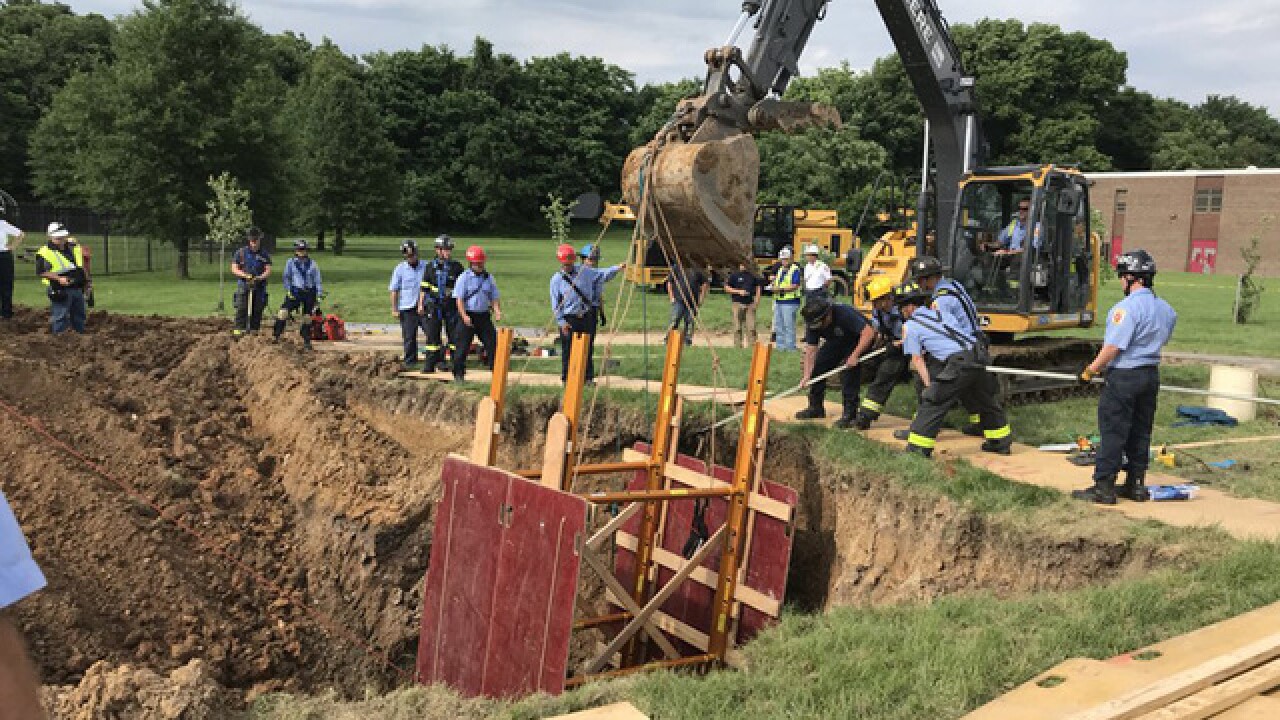 BALTIMORE (WMAR) — The family of a 20-year-old construction worker who died in 2018 after being buried alive in a trench collapse, has filed a wrongful death lawsuit against Baltimore City and one of its subcontractors.

Kyle Hancock’s mother, stepmother and sister filed the lawsuit in Baltimore Circuit Court, accusing the city and Sutton Building Solutions LLC of failing to follow safety regulations and procedures before and during construction.

Hancock had been working on a clogged pipe at the Clifton Park pool on behalf of R.F. Warder, a contracting company hired for repair and maintenance services on city plumbing and heating systems.

R.F. Warder hired out Sutton Building Solutions to help dig into the ground of the pool to fix the issue.

The suit says Hancock and other workers had to physically enter the 15-feet hole and dig by hand.

Lawyers for the family say having the workers do that violated several laws set by the Occupational Safety and Health Administration.

The lawsuit alleges when the owner of Sutton Building Solutions arrived at the site, he shouted “this was not safe," but entered the hole anyway without specifically warning Hancock and others about the dangers of being inside the hole.

When Sutton finished digging on his side of the hole, the lawsuit claims he looked to the other side where Hancock was and yelled for him to run, because the wall was giving way.

By that time it was too late, Hancock had been buried according to the filing.

READ MORE: How trench tragedy should have been avoided

Sutton reportedly called 911 while others dug to try and free Hancock. It wasn't until nearly 10 hours later, at 1:30 a.m. the next morning that Hancock's body was recovered 18-feet under, face down.

The lawsuit accuses the city of knowing about past safety concerns with R.F. Warder, citing an incident where a city project manager witnessed a 7-foot excavation project being completed without proper cave-in protections.

According to the family's lawyers, anything five-feet or more requires such protections.

In their lawsuit, attorneys for the family accuse the city and contractor of being negligent and oblivious to the dangers of the project and questioned their lack of required training and knowledge.

The entire lawsuit can be read below.