Family and friends fear missing man is in danger 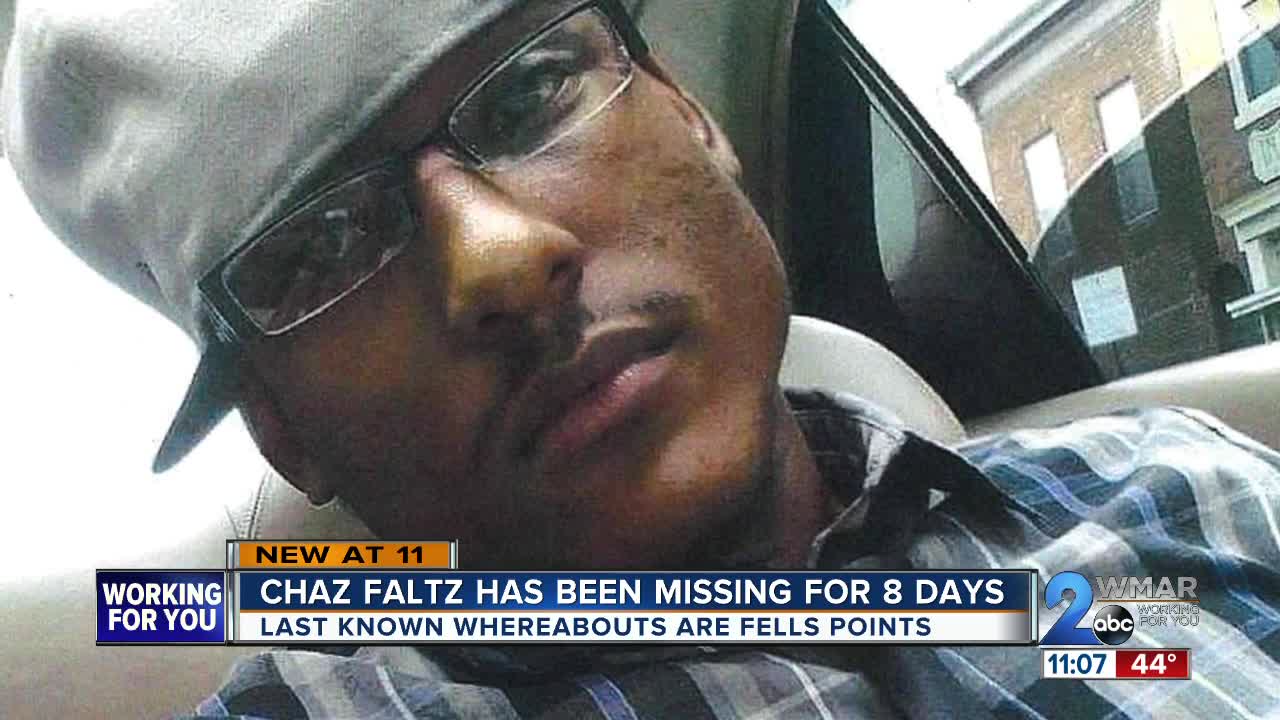 A 29-year-old Baltimore man has been missing since December 28, 2018 and his family is fearing the worst.

BALTIMORE, Md. — “I'm just trying to focus on finding him.”

Chaz's best friend Kim Eller asked his family if she could file a missing persons report on New Years Eve.

“The last time he posted on social media was one in the morning, just talking about being in the bar and then his social media went dead, and there hasn't been any post or updates since Friday which is totally out of character.”

Friends passing out flyers say it's also out of character for him to leave his pets.

Circumstances that may not be suspicious to Baltimore Police, but to friends, family and his employer definitely red flags.

“He would have put things into place as his cats were taken care of, or if he was going a trip he would have taken the cats, the boys as he calls them. ”

“He never missed work. He always came on time. He always did his job which was asked and expected of him, so for him to randomly disappear. There's no way you can't not like him. He's very outgoing, he's very likeable.”

He left his bartending job at Home Slyce in Mount Vernon late last Thursday heading out for a night on the town.

Neither Chaz nor his Nissan Pathfinder have been seen since......and now everyone who knows him is worried.

“Don't focus on me, just listen to the words that I'm saying. If it was your child wouldn't you want somebody to help you find them.”