Environmental and sanitation groups work together to clean up West Baltimore 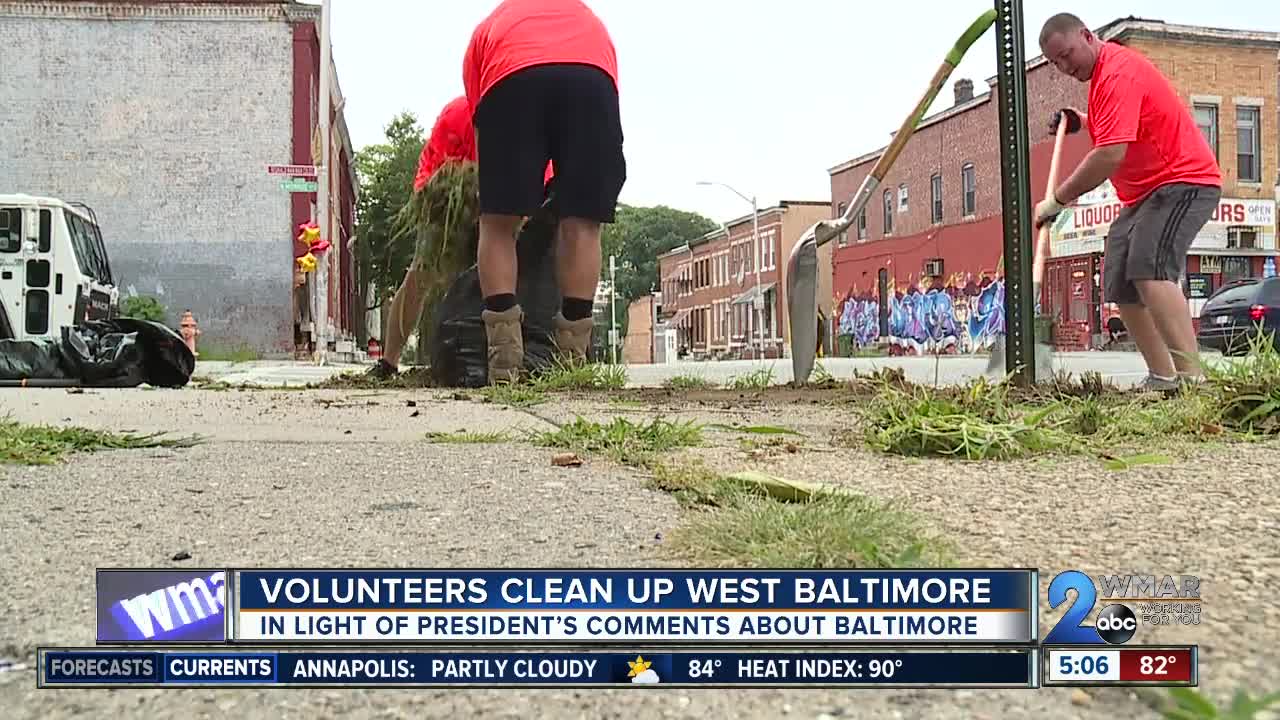 BALTIMORE — On Thursday, volunteers worked together to clean up Baltimore.

Three environmental and sanitation groups joined forces, including 8 volunteers from New York and Jupiter Florida picked up trash and did some landscaping in West Baltimore.

"The old saying is many hands make light work, so the people that we can get doing this in the cities around the United States and really the world, the better off the cities will be," said John Rourke of All American Sanitation.

The groups will be cleaning up on Friday and Saturday as well. This is the second week that out of town volunteers have cleaned up the city. Last week, Republican activist Scott Presler organized a similar event in West Baltimore where volunteers and neighbors cleaned up 12 tons of trash.