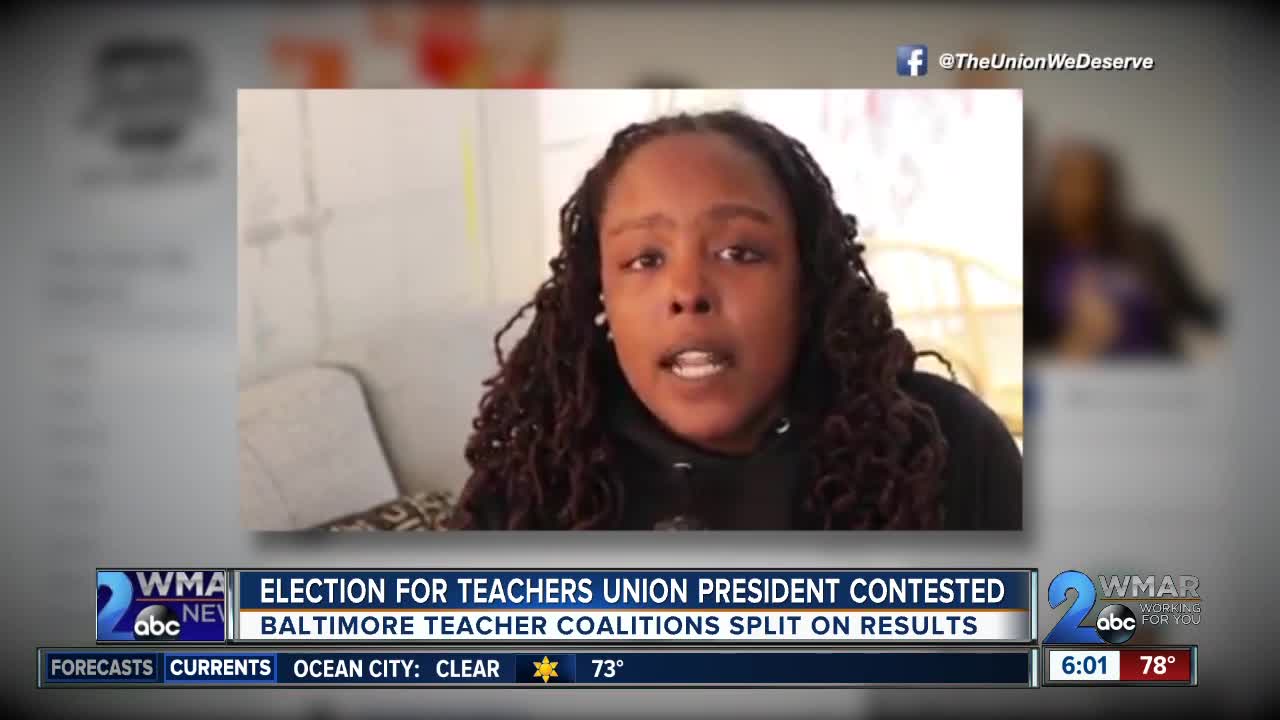 She ran an all-inclusive, campaign in a bid to unseat an incumbent with two decades as the president of the Baltimore Teachers Union, and Diamonte Brown came out on top by 62 votes.

BALTIMORE — She ran an all-inclusive campaign in a bid to unseat an incumbent with two decades of experience as the president of the Baltimore Teachers Union, and Diamonte Brown came out on top by 62 votes.

"The results are unofficial. However, based on the BTU constitution, the president, Diamonte Brown, is in a position of leadership despite the contested results,” said Nathan Ferrell of the Union We Deserve coalition, “We expect the official results to be released sometime today."

But in a statement after the final tally was announced, longtime president Marietta English said, "Throughout this campaign, there were egregious violations of the elections process. I can't in good faith concede this election."

According to her supporters, a formal challenge will focus on the tactics Brown's campaign used to defeat English.

As for claims that Brown now leads the union and the final vote could be confirmed within a matter of hours, English's supporters say neither is true.

"We'll have to see what happens with the challenges,” said Debnam. “Don't know an exact date, but currently, Marietta is still the president of the Baltimore Teachers Union, because the election has not been certified."

While critics of English acknowledge her role in the last four contract negotiations on behalf of 7,000 teachers and paraprofessionals in the system, many have campaigned for wide-ranging positions in the union claiming more is needed.

"We know no one is coming to save us, and for the last 42 years, folks have felt a lot of neglect despite good contract negotiations, but contract negotiations are why we pay dues,” said Ferrell, “That's what should be done. We want more, we need more and the future of our students and our communities demand more."