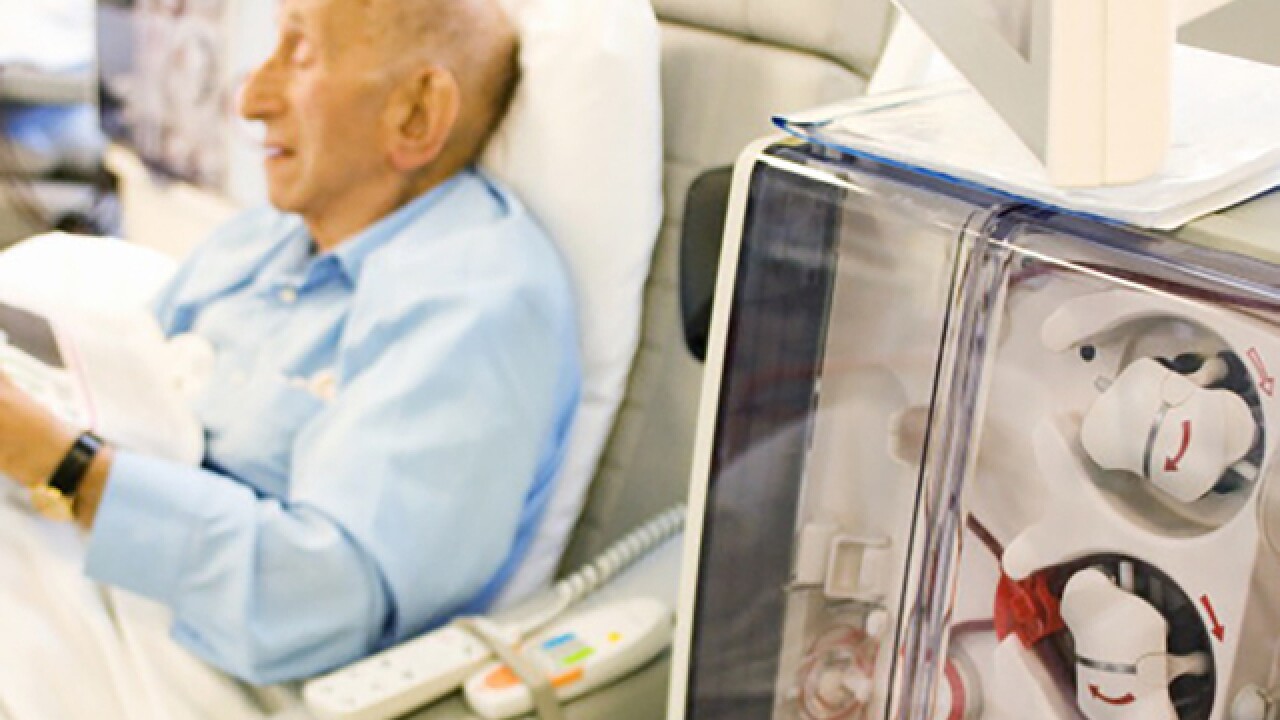 Copyright 2018 Scripps Media, Inc. All rights reserved. This material may not be published, broadcast, rewritten, or redistributed.
UniversalImagesGroup
<p>Patient during dialysis, Kidney patient on his regular visit to the renal dialysis ward of a London hospital where he is connected to a hemodialysis machine which essentially cleans his blood of waste products and toxins. The process takes about four to five hours and the patient can pass time reading or watching TV. Or even browsing the web nowadays. (Photo by Universal Images Group via Getty Images)</p>

Older patients who require dialysis, the blood filtering treatment that compensates for poor kidney functioning, are at high risk for dementia, including Alzheimer's disease, scientists who conducted the study found. The decline is most pronounced with executive functions like attention, impulse control, and working memory.

“The dementia risk in this population seems to be much higher than what we see among healthy community-dwelling older adults,” says study lead author Mara McAdams-DeMarco, assistant professor of epidemiology at the Bloomberg School.

The study suggests doctors should do more to monitor, and when possible slow or prevent, the decline of cognitive functioning among older dialysis patients.