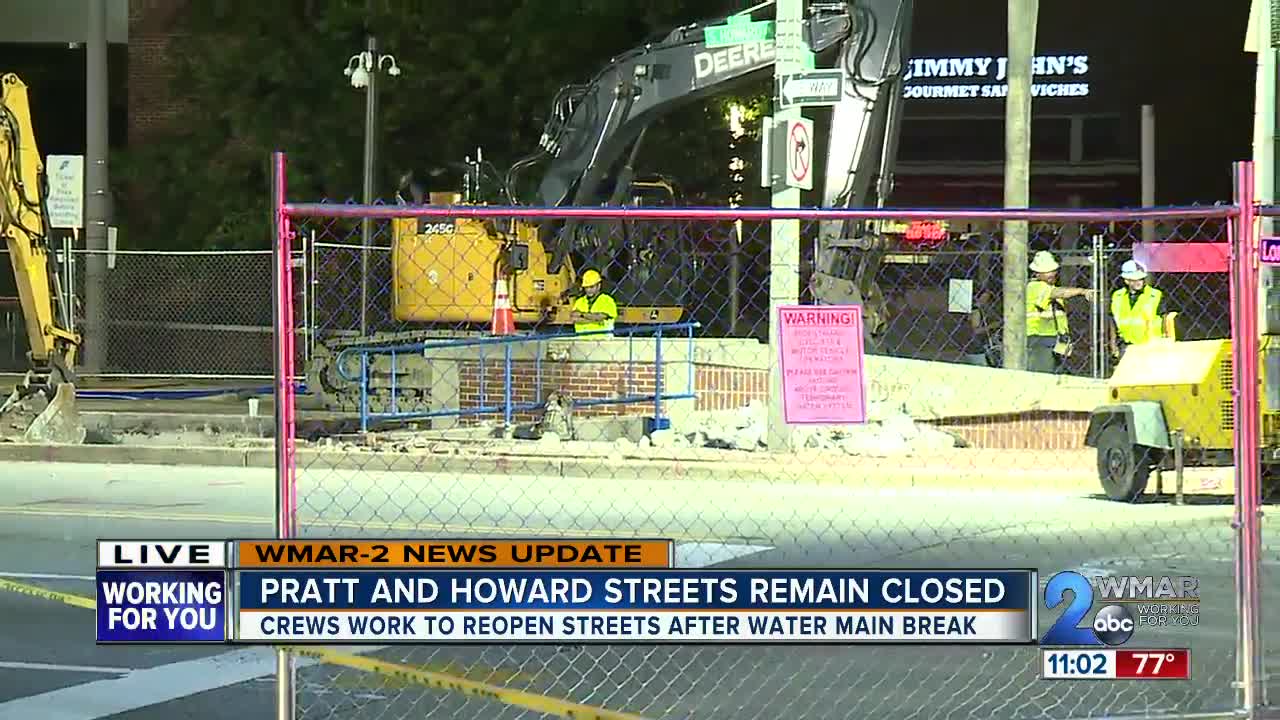 Two days of travel troubles in downtown Baltimore will continue into Wednesday morning. 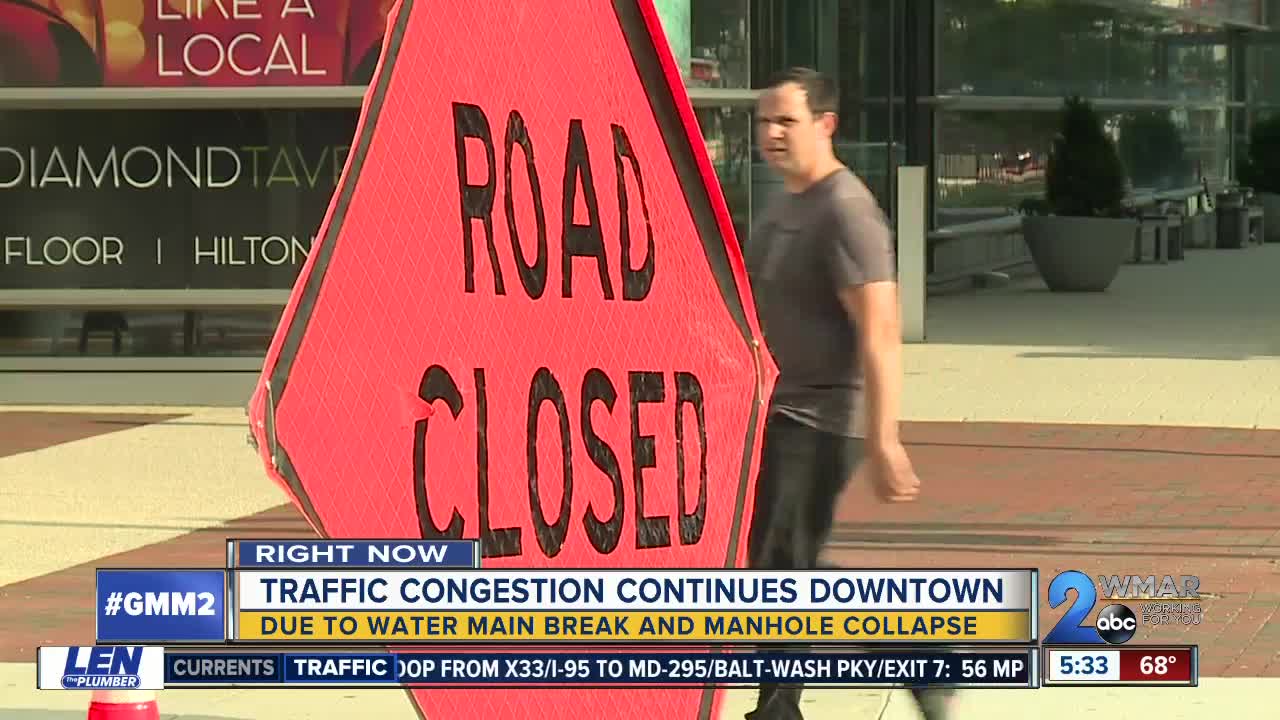 Pratt and Howard Streets are closed down due to a water-main break and a manhole collapse.

Aaron Benn was walking his dog Apollo down the street, because the way they were trying to drive was taking too long.

“I deliver for Postmates to make extra money after work,” said Benn. “I was stuck in traffic here for about 45 minutes, and I realized my destination was right through here. So I had to park right over here at Camden Yards and pay for parking, which I don’t get reimbursed for.”

“All together it took me about an hour when it would normally take about 15 minutes to deliver to 10 Light Street, the Bank of America Building, and for a grand total of $3.”

The Light Rail stops before the construction site, and that means to get uptown you have to catch a shuttle.

“I have to wake up an hour earlier now every single day just to be able to make an hour long commute, now two hours,” Casey Alderman said.

Workers under the direction of multiple agencies are at it around the clock as they sure up the manhole collapse area.

Roads closed—the light rail cutoff—time lost with no word from officials on when they will reopen.

“My dog's waiting for me at home right now, and he has to wait an extra hour, so that’s not good,” Alderman said. “You get things done. It’s just a little bit later than you're used to.”

The agencies that are working to get things back up and running plan on meeting three times a day in between construction and five updates throughout the process.

They will reassess the situation at 9 a.m. on Wednesday.