Downtown street closures could impact travel to this weekend's Artscape 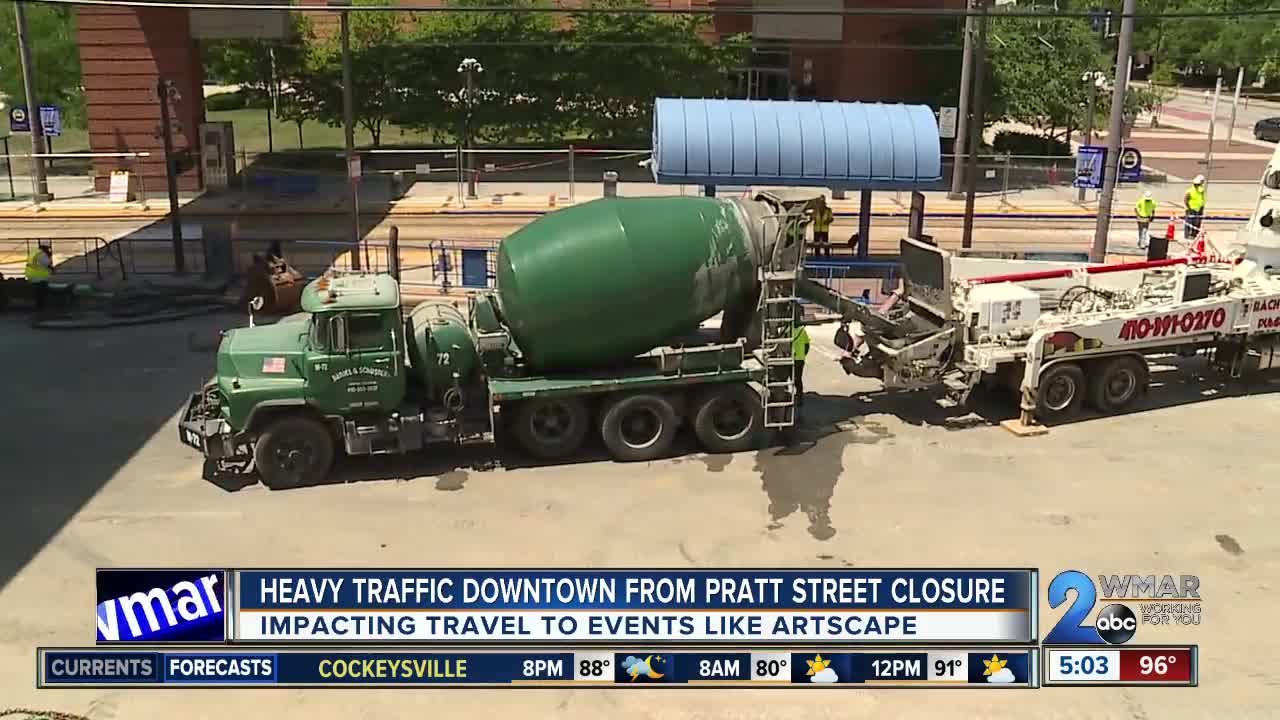 After saying they hoped to reopen traffic lanes on currently closed sections of Howard and Pratt Streets by the end of next week, the Department of Public Works enumerated the scale of repairs, the work already accomplished, and the priorities left to tackle in the on going infrastructure ordeal in a release Wednesday.

BALTIMORE — The Baltimore City Department of Transportation issued a warning about heavy traffic in downtown Baltimore Wednesday evening because of continued road closures on Howard and Pratt streets, as well as events going on like the Orioles game.

This is not new for people who commute through the downtown area since the water main break and vault collapse last Monday. Now, it looks like transportation could be impacted to this weekend's Artscape.

"It really showcases the best of Baltimore," said Baltimore Office of Promotions and the Arts Festivals Director Kathy Hornig.

For going on 38 years, Artscape has taken over the streets of midtown, showcasing unique works of art from across the world. This year's festival will have less street closures. Mount Royal Avenue will be open above the Light Rail tracks, but closures in another part of the city could make travel more difficult. Light Rail service from Camden Yards to North Avenue has been out since the main break and sinkhole.

City officials hope to have some lanes of traffic open by the end of next week but for now, drivers should avoid the area or allow for extra travel time. DPW contractors are working on making the construction area safer to work in, shoring up the large sinkhole that's next to Howard Street. After that, crews will start repairing utilities, including water, sewer and storm drains.

In the meantime, there's an MTA bus bridge to take people from Camden Yards to the festival and up to North Avenue.

"We love obviously being in the middle of the Light Rail because it is such a great way to get to Artscape, but we don't want this year's interruption to discourage people from coming out," said Hornig. "The Metro is still up and running that's just a block off campus. You can park in one of our many garages in midtown. We also have a bike parking zone for folks who want to bike to the festival."

Artscape is going on July 19-21. DPW officials said the Light Rail service could be out for a few more weeks.